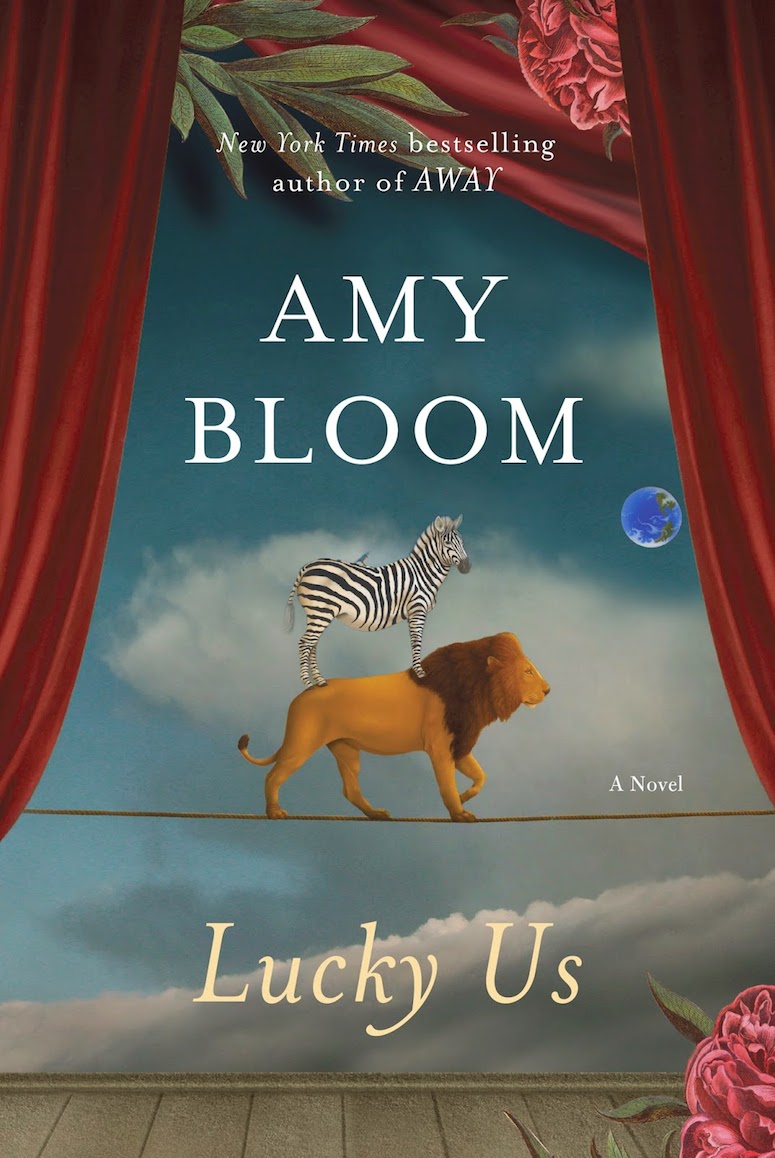 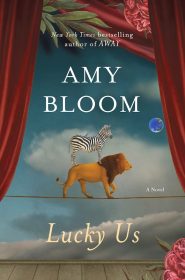 I had a hard time with Lucky Us by Amy Bloom. There are things I like about it, but just as many that I don’t.

It starts out great, with the relationship between Eva’s parents and Eva’s mother abandoning her on the doorstep of her father’s house after his wife dies. 12-year-old Eva meets her half-sister, Iris, for the first time and learns about her father’s profession and the piss-poor relationship he has with Iris. This opening was really strong, but from here on out the plot isn’t as solid and the character development slows.

Eva and Iris run away to Hollywood where pretty Iris tries to get into acting, and it works for awhile, but scandal soon follows. And that’s when father reenters the picture and he, Eva, and Iris leave with make-up artist Francisco to start their life over in Brooklyn where Francisco helps them find work for a wealthy, kind family.

More happens to them in Brooklyn, and there are some additional characters introduced, but the plot isn’t cohesive. It jumps around, told from different characters’ perspectives, in letters, and back in forth in time. I’m down with jumping around like this, but here it didn’t work for me. There are some exciting, surprising things that happen to them in Brooklyn, but a lot of that was told in letters after the fact, or told as a mere mention that this is just now the way it is. Too many interesting things happen that I would’ve liked played out.

But it’s not even about things being played out. I think what bothered me the most was that I really felt for Eva at the beginning. She’s young with awful adults around her and I ached for her. I raced through this book to find out what was going to happen, but by the end I was just given snapshots of a life instead of a life explored. It was more about things that happened to these people instead of who they are because of what happened.

I think Amy Bloom fans will still find a lot of things they like here, but if you’re new to Amy Bloom, don’t start with this one. The strong character development you find in her other works is lacking here.