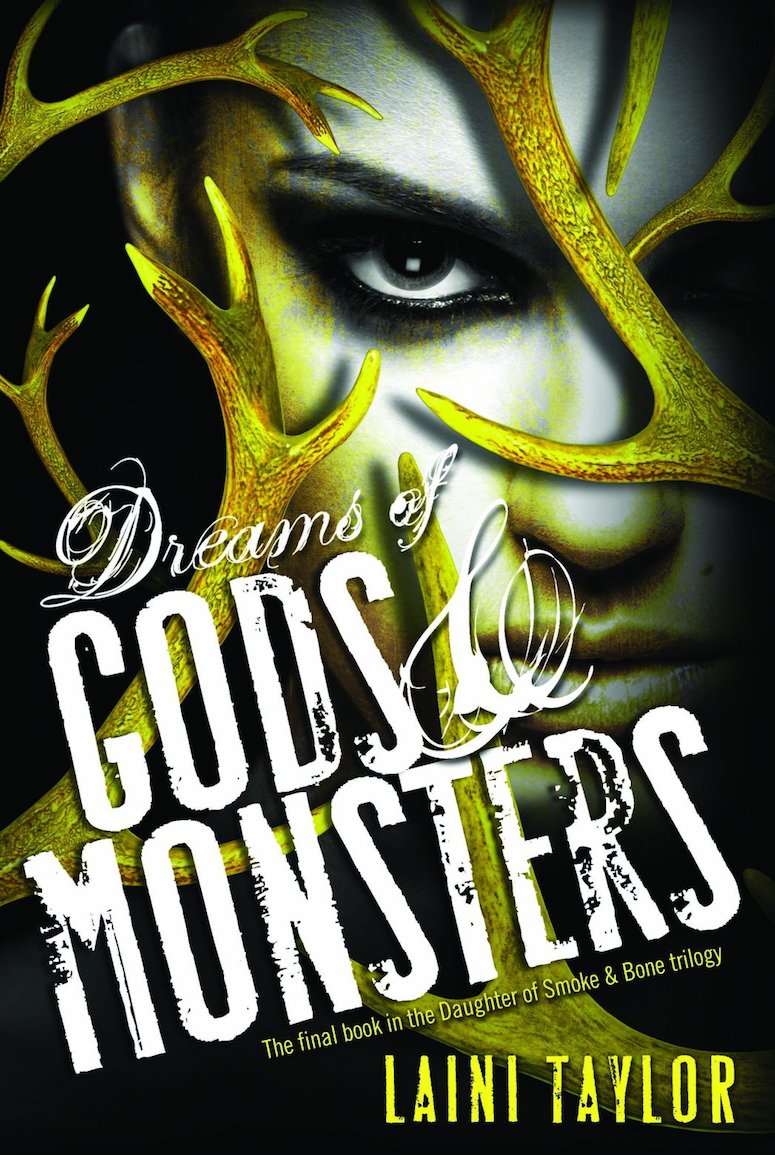 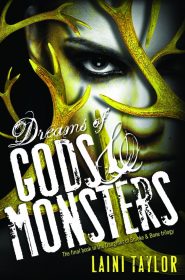 I loved the first and second books in Laini Taylor’s Daughter of Smoke & Bone trilogy, so I’m sad to say this fan girl is disappointed in the final book, Dreams of Gods & Monsters.

Dreams of Gods & Monsters starts right where Days of Blood & Starlight ends with the evil seraphim emperor Jael and his army descending to Earth from Eretz to trick religious zealots into giving them weapons for their fight against the chimera. I was so excited about this clever twist in the second book that I was thrilled to read more about the seraphim’s trickery at the Vatican in Dreams of Gods & Monsters. This part of the book did not disappoint.

I was also not disappointed to hear about Karou and Akiva trying to convince the dwindling chimera army to join forces with the rogue seraphim army to ban together to defeat Jael. The tension between the two groups, who had been fighting for centuries, was back and forth and I was so excited trying to figure out how it could all work.

What did disappoint was Karou and Akiva’s romance and the introduction of new, useless characters.

The romance between Karou and Akiva had been brewing since the first book, but could they be together when they were on opposite sides of a never-ending war? Clearly the hope in the books was that, yes, they would end up together, but when they’re finally around each other in this book, it was ridiculous the amount of times they almost kissed, dreamed about the first kiss, and thought about how fabulous that first kiss would be. And then after the first kiss, it was ridiculous how many times they almost did it. They were so close and something would happen, multiple times. I got so sick of this attempt to build the romantic tension.

But romantic tension wasn’t the worst part. The worst part was the entrance of new people: the Stelians, more seraphims living in a different part of Eretz; Scarab, queen of the Stelians; and Eliza, a human who had nightmares about angels and monsters her whole life. I didn’t care about these characters. At all. They play a somewhat big part in the story, but at a detriment to the other characters I had gotten to know and love in the first two books. With these new characters we get long narratives about them, but I just wanted to hear about fighting amongst the rogue serephim and chimera and the lies being told at the Vatican. I feel cheated, like these characters took away from the interesting part of the story, and they weren’t anywhere near as interesting.

The part of the book that finished the story started in the first two books was great, but I wish an editor would’ve told Taylor to just ignore the impulse to add more to the book, because she already had enough to work with.