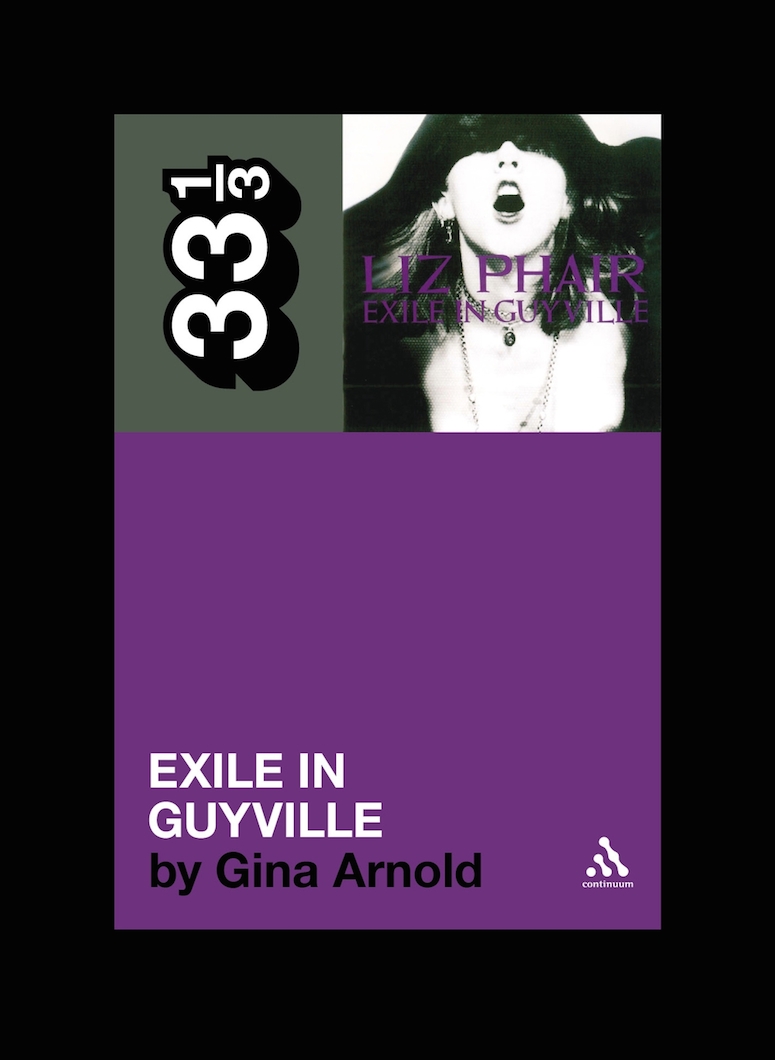 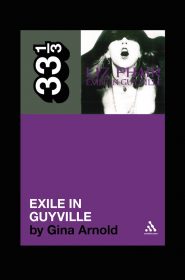 It is impossible for me to overstate the importance of Liz Phair’s “Exile in Guyville” to me. The music on that album is as much a part of me as my rib cage or my memories of junior high. It is a piece of art I have used to be build the very foundation of who I think I am. When people don’t like or don’t understand or just never heard of “Exile in Guyville” what I actually hear form them is “I don’t like your elbow.” Or “I’ve never heard of your pancreas.” I’ve heard something that sounds to my ears like “Your collarbones are overrated” more times than I can count.

So when Gina Arnold’s 33 1/3 volume Liz Phair’s Exile in Guyville was finally released I scooped it up with a ridiculous amount of eagerness and anticipation. Finally! I couldn’t wait to eat up this book written by a woman (thankfully) about one of the most important records of my life thus far. I dove in with clear eyes and a full heart.

Often Arnold’s book reads a little like a grad student’s rough draft of a paper for a class about gender in popular culture. This is to say at times it is boring and pedantic, awash in the kind of academic writing that is so boring you want to die. Other times the book reads as though Arnold is trying to jam the disparate parts of her life and tastes into one thing. For instance, she spends pages and pages talking about 2011 Seoul (where she is when she starts writing the book) is quite similar to Guyville (or Wicker Park, IL) in the 90s.

Then, in a move that devastated me, she goes on to relentlessly praise the movie “Ghost World” based on the comicbook by Daniel Clowes. Arnold writes about how this movie (directed and written by men) based on a comic book (written and drawn by a man) is the best example of a movie that stays firmly in the female point of view and thus wonderfully illustrates what it was like to be a woman in not just Liz Phair’s Guyville but the Guyville that permeated pop culture in the nineties.

First of all: Really? She could find no other art created by women that would also represent that Guyville? None at all?

Second of all: I hate “Ghost World” (movie & book) with the passion of a million burning suns. I wish I could explain why in a more coherent way, but I’ve read the book three times and each time I finish I think “this is awful.” Then I promptly forget why it is awful and the only thing left is the memory of my white-hot disgust. Ditto for the movie.

So these were the first cracks in the shiny facade. I had to put the book away for awhile until I got the “Ghost World” out of my brain.

After this, Arnold goes on to write a bunch of smart, smart things about music appreciation, collection, and how very gendered rock criticism is (not just by who makes and writes the critiques, but the very aspects of music deemed good or bad). Plus, she tacked the critical backlash, the sexist reviewers, and the myriad forms of bullshit talked about Phair and the album.

This third of the book made me shoot rainbows from my eyes and my heart grew three sizes. You have no idea how edifying it is to read a book written by a woman that talks about how hard it is to be a woman who loves rock & roll and how yeah, it’s not just your imagination the entire industry and the way we’re supposed to appreciate it is all dictated by men and it fucking sucks AND that’s why you feel like you never quite fit in, because the system isn’t set up for you.

For this reason alone I will always have a soft spot for this book.

The final third was the most challenging and most enlightening. Here Arnold takes on the whole “track by track response to ‘Exile on Main Street'” and explains how she thinks this works. Another thing she does here is tear down The Rolling Stones with a sort of gleeful ferocity that was fun to read. And I say that as a great lover of the Stones. For instance:

“The Rolling Stones are the epitome of corporate rock, but they are seldom criticized in any way, not only in the Guyville of yesteryear, but even today. Instead, it often seems like their brand of rock music — musically unchallenging, borrowed from better sources, and exuding an unapologetic sense of the word as white, male, and privileged — represents the quintessential appeal of rock itself.” ~ Gina Arnold

For the most part I liked how she deconstructed and compared ‘Guyville’ to ‘Main Street’ through each songs lyrics. Some of her comparisons were a bit of a stretch and once she blatantly changed the lyrics to Phair’s song to suit her premise.

In 6’1″ Phair sings “I bet you fall in bed too easily with the beautiful girls who are shyly brave and sell yourself as a man to save. . . “ Though Arnold states the man Phair is singing about sells himself as a fantasy, which is a big change. Maybe she hears “fantasy” and thus it totally fits her argument about the song playing on the dreamy fantasy of the Stones’ “Rocks Off.” Then Arnold makes the case that Phair is short, and thus a girl, and thus feminine, and thus I had to resist the urge to burn the entire book.

Instead she jammed all these things together and wrote an okay book, which, when I think about it, was probably the best I could expect from a book about my spleen, you know?