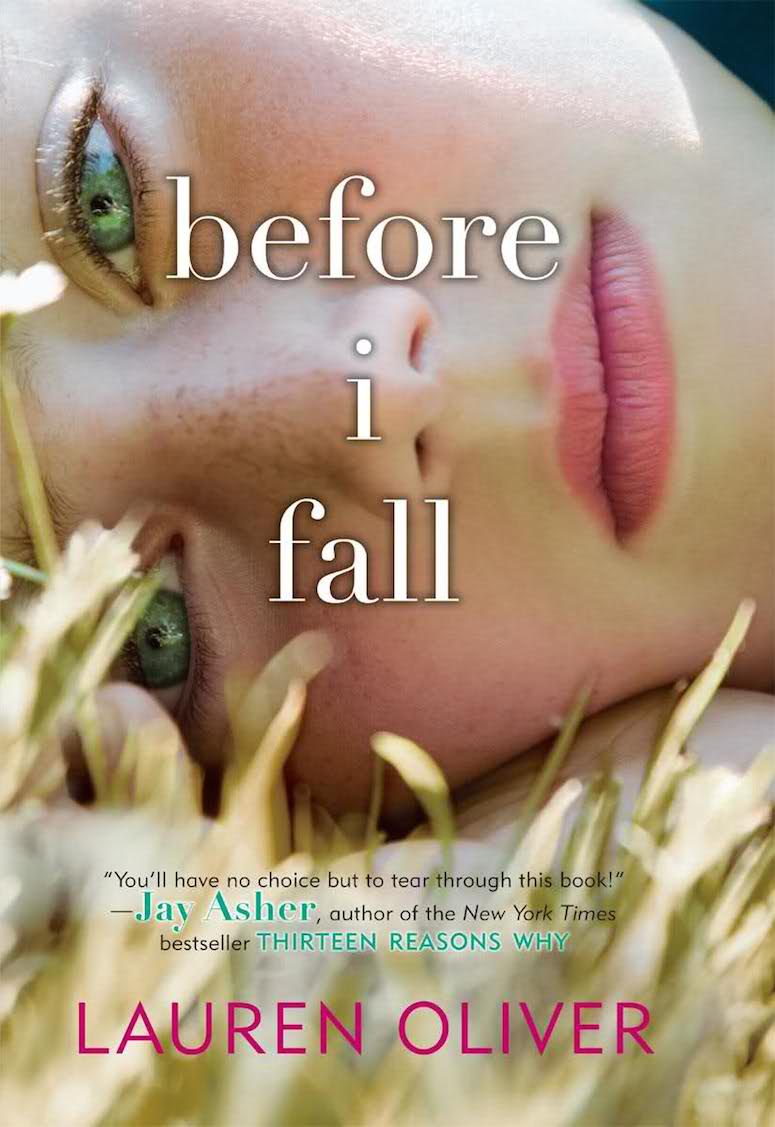 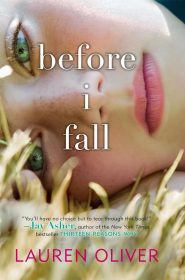 Have I mentioned that I recently discovered you can download and listen to audiobooks for free from the library? YOU CAN! The library is so amazing.

Lauren Oliver’s young-adult novel Before I Fall was one of those free downloads and I am thankful for that for many reasons. One, it meant I didn’t pay for this over-long kind of boring tale of morality and mortality. Two, I got to listen to Sarah Drew narrate the book and that was the only reason I finished it. Really, her voice is charming and funny and without it I would have quit this book.

Sam Kingston is a mean girl at Thomas Jefferson high in some swanky part of Connecticut. She dies one night when the Land Rover driven by Queen Bee Lindsay is some kind of accident. Ally and Elody, the other mean girls are also in the car.

Dying is a bummer, Samantha discovers. And it’s a super bummer when you have to relive the last day of your life all “Groundhog’s-Day”-like until you learn some valuable lessons about not being a judgmental bitch.

I can see how the appeal of Sam reliving that last day over and over, changing small things, learning about herself and her friends, might appeal to someone who was fifteen. Maybe. Maybe if that fifteen-year-old had not ever been exposed to any pop culture or news. I can see how it might come off as deep and revelatory when Sam realizes that Juliet the girl they bully is not only pretty, but a wonderful artist with actual emotions. Or that Lindsay, the Queen Bee of their mean girl clique also has pain and feelings. Or it could seem plausible that even though she ditched and ignored Kent after rising to the height of popularity he would carry the memories of their elementary school friendship and turn that into a romantic crush for their Senior year. Yeah, that could happen.

This book deals with biggies — life, death, suicide, the afterlife, bullying, popularity, cliques, sex, and romance — but none of it reads as original or even interesting. It seems to aim really hard for thoughtful and deep, but ends up landing on eye-rolling and cliche.

While I liked the way Oliver made each day Sam relieves different than the one before, there was still enough repetition to make this one kind of a snooze. Like I said, if it weren’t for Sarah Drew’s narration this one would have been abandoned, but her vocalizations of the characters were so good that I kept going just so I could continue to listen to her.