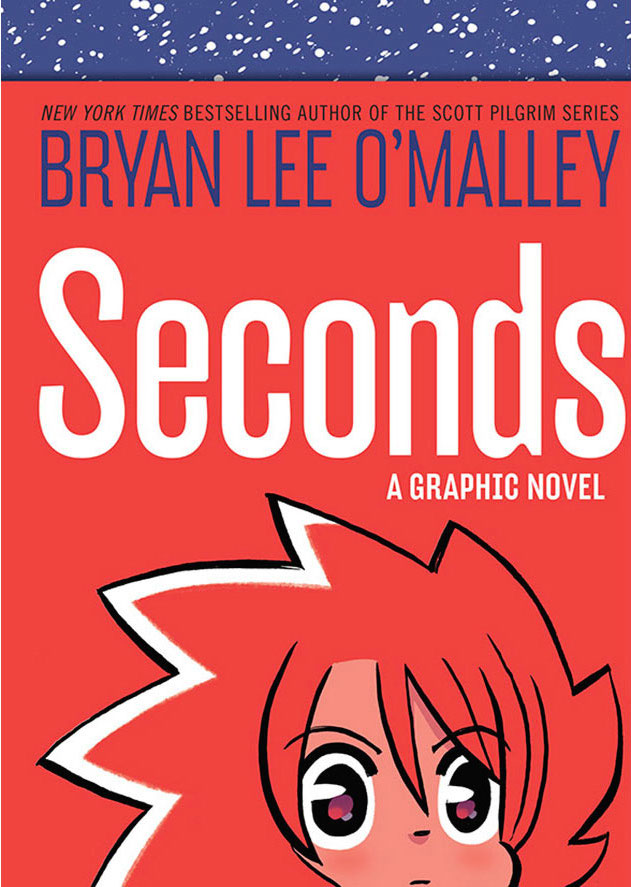 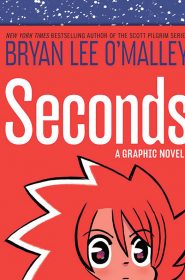 One time I spent a bunch of time laying around in my underwear reading the Scott Pilgrim series from start to finish and if I think about it hard enough I can literally conjure that superawesome feeling of being so wicked excited about something that you practically have to smell every single page of the book (eyes closed).

Those were good days of reading and dare I say the only ones of that type that would land on my life montage. Sorry David Foster Wallace. My apologies Jennifer Egan. What can I say, Maurice Sendak?

I’m not going to pretend that Bryan Lee O’Malley’s Seconds is the same beast. It’s great: cool central character, fun premise, artfully drawn (moreso than even the Pilgrim files), good humored. It has an essence of Pilgrim, though, which adds to its already solid fare. It’s not only its own self-contained unit, it also reminds me of some of my favorite days as a reader of fiction. Forgive me if I tried to sniff the iPad.

The gist: Katie is a successful chef who is in the process of opening a new restaurant — this time on her own. She’s in a bit of limbo. The contractors at the new place are inching along; She’s already trained in her replacement chef at the old place. So she kind of skulks around the perimeter, sometimes playing grab ass with the new guy and sometimes regretting that she played grab ass with the new guy.

Regrets are at the root of this one. Katie learns from this weird crouching girl figure that if she jots her mistake in a notebook and then swallows a special mushroom, she will wake to a clean, mistakeless slate. This works awesomely when it comes to undoing a waitress’s nasty kitchen burn. But soon Katie is taking Whiteout to so much junk that things start to glitch and get, well, skeleton-y.

This has the O’Malley signature central figure, a realistic and flawed character totally worth following from page to page. Katie’s got the gamut of pre-30s shit on her hands ranging from unfinished business with exes to bad behavior with non-boyfriends to world-me-revolves hubris. And, like the Pilgrim series, there are no limits. The supernatural can co-exist alongside the innate evils of renovation.