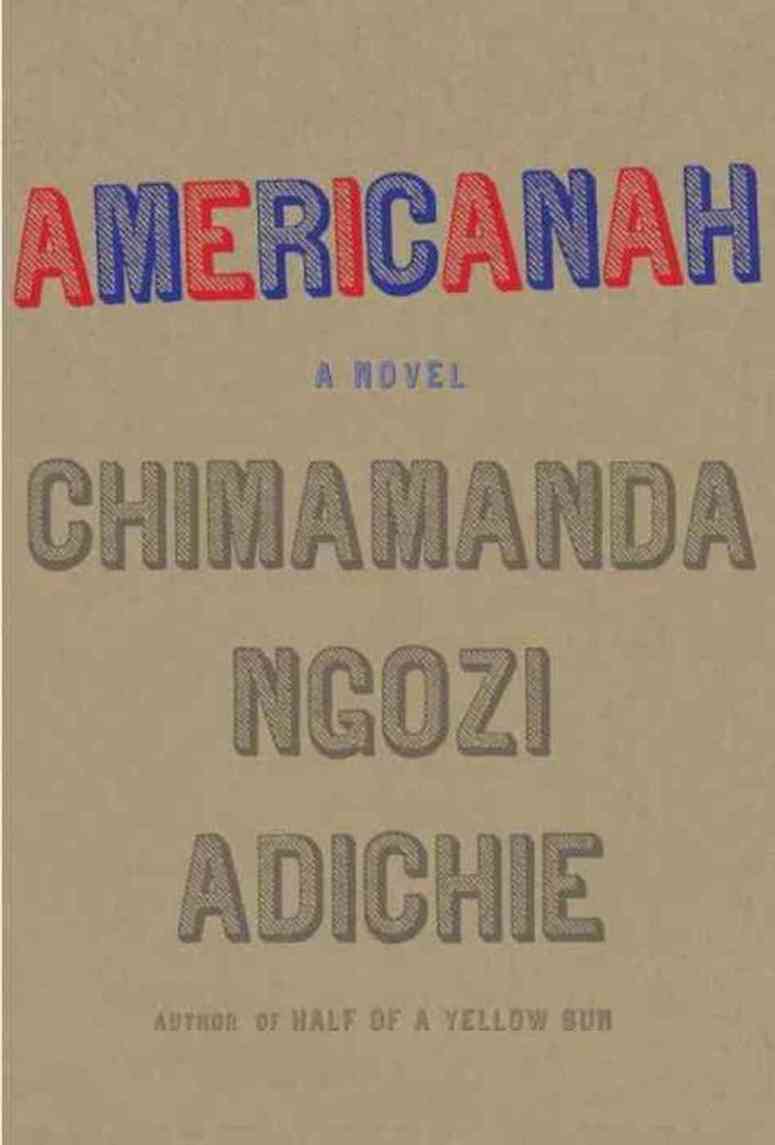 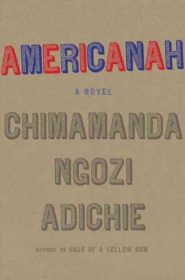 I picked up Americanah by Chimamanda Ngozi Adichie because Jeff O’Neal at Book Riot named it his favorite book of 2013. Plus, I had never read anything by Adichie though her novels seem universally lauded. This is one of those books I had never read if left to my own devices. And it’s exactly the kind of book that reminds me I should not always be left to my own devices.

Americanah is a big, beautiful, muddled, indulgent love story about race, immigration, Nigeria, and going home. Even in the moments where its characters are less human and more mouthpieces for certain “issues” or opinions, the book is still pretty damn good. Then there’s the ending which is so spot on and yet surprising that when I finished this one I couldn’t stop smiling.

Ifemelu is our protagonist, growing up in Lagos in Nigeria. As a high schooler with a gaggle of friends she meets new boy Obinze and the sweethearts start a relationship that spans a good chunk of their adulthood. While they’re at university, Ifem and Obinze’s studies are often interrupted by long professor strikes. After having enough of that bullshit, Ifem wins a scholarship to study in Philadelphia and the two part with promises to reunite and rekindle their relationship in America.

Of course things don’t go as planned. Ifemelu has a tough time adapting to life in America where not only does she have to deal with learning American customs and way of life, she’s suddenly in a country where race is an issue. This is something she didn’t have to deal with growing up in Nigeria. Plus, she struggles financially which sends her spiraling into depression and taking drastic actions to secure the rent money. Along the way she freezes Obinze right out of her life.

Eventually Ifem lands a gig as a nanny with a wealthy white couple while she finishes college. She also starts a relationship with Curt, the ridiculously rich brother of the woman she nannies for. Once she’s romantically and financially secure, having landed some sort of PR job in Baltimore where Curt lives, Ifemelu starts a blog, Raceteenth: Understanding America for the Non-American Black.

Ifem’s blog posts are sprinkled throughout the novel and to be honest, I could have read an entire book just about her wry observations on race in America. They’re funny, eye-opening, and devastating at the same time. As a white person some of the posts made me squrim uncomfortably. It’s not a bad thing, learning and growing isn’t always easy.

After thirteen years in America Ifemelu decides to return to Nigeria and she has an equally difficult time adjusting to her homeland. Because she’s resilient and a little self-centered she eventually makes the transition and starts a new blog about returning home. And, of course, there’s the grown-up Obinze she’s ignored for a decade and a half.

The book is a wonderful and fascinating read. I thoroughly enjoyed it, even when I was annoyed by all the characters who get names but really only serve as a mouthpiece for some opinion Obinze or Ifem want to riff on. While all the social commentary is great and seems to be the heart of the book, this is essentially a love story between two flawed, imperfect people doing their best in a flawed, imperfect world. Americanah is one of those books that once you finish it, you’re like “Damn, I’m glad I read that book.”