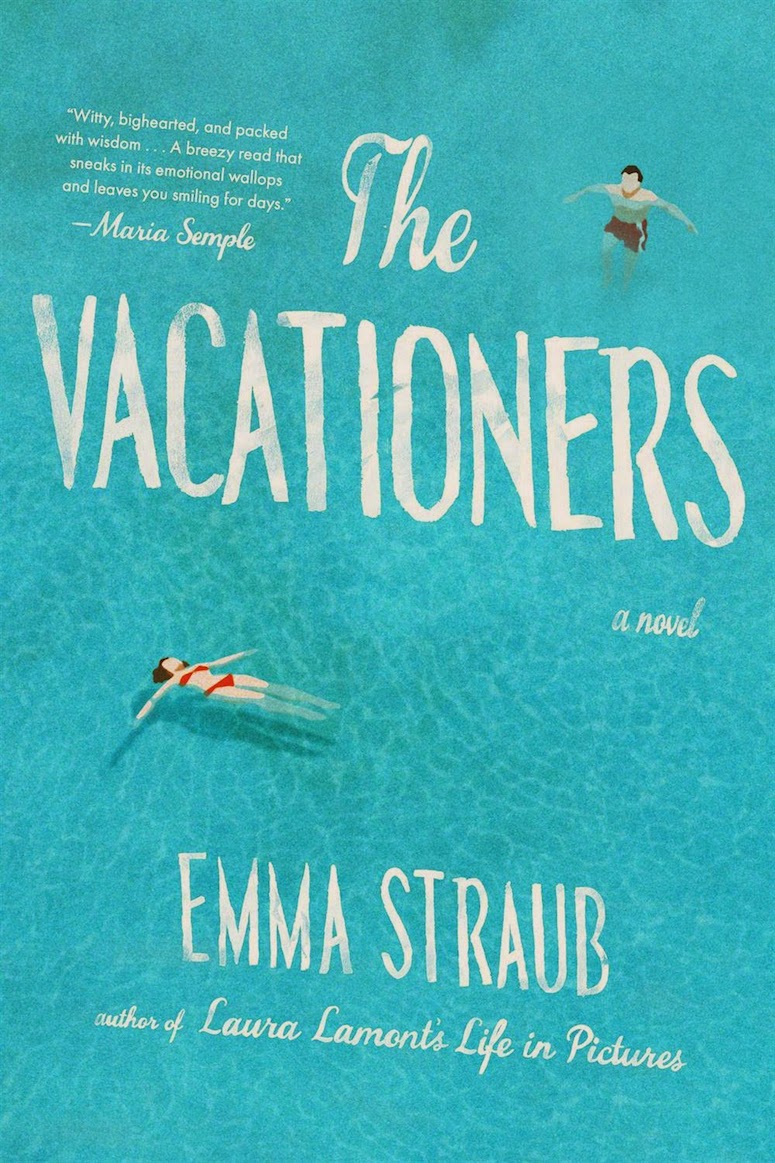 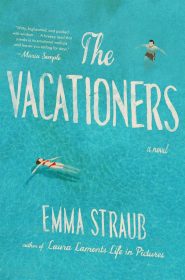 Back when the Posts’ two-week summer trip to Mallorca was planned, it was just a two-week summer trip. But now that Jim Post has been forced to prematurely retire from his position at the magazine because of a dalliance with the young-but-legal daughter of a board member, the trip has become a tryout. His wife Franny will take the time to weigh the discretion and see if it’s worth salvaging a 35-year marriage.

Their baggage is the heaviest of the seven characters who will share the vacation home on the Balearic Island in Emma Straub’s easy-breezy, kicky cover fonted summer read The Vacationers.

Daughter Sylvia, a recent high school grad, has been betrayed by her best friend and her best friend with benefits. She’s itching to reinvent herself in college, but first she must shed her pesky v-card. Good thing her mother hired a handsome tutor to help her improve her Spanish (not a euphemism). Son Bobby has become a buff beach hound while living in Florida. He’s brought along his decade-plus older, equally buff, longtime girlfriend Carmen. He also brings a burned ego: He’s planning to ask his father for a lot, a lot of money so he can pay off the debt of a bad investment in protein powders.

Franny has also invited Charles, her best friend, and his husband Lawrence. The novel’s only happy couple spends the vacation harboring an inhale: A pregnant girl has selected them to potentially adopt her baby.

Friends, you can practically hear Straub smiling as she wrote this one.

Despite the weight of infidelity, financial unrest, virginity, the tribulations of adoption, it is written with a lighthearted touch — and likely a few happily sinister chuckles. There is a lot of good humor here, in addition to some pleasantly corny humor. The characters are written in third person and sometimes it’s like they tag-off mid-paragraph so that a different inner voice can take center stage. The shifting perspective is how it stays too light. No one wants to get trapped in Franny’s head while she makes a real pros and cons list about staying with Jim for an entire novel; No one wants to get trapped in Lawrence’s head as he frets the pregnant girl’s final decision. Neither pairs well with a beach towel and a sun hat. (It wouldn’t be terrible to be stuck in Sylvia’s head for the length of a novel, but that would turn this into the equivalent of the “Sweet Valley High” book where Jessica is absent, maybe mono, and Elizabeth runs around a foreign country with sunkissed shoulders. Though, I suspect Sylvia is a version of teenaged Straub).

This lack of depth sort of ruined Straub’s first novel, Laura Lamont’s Life in Pictures, where it was hard to get past the thin-candy exterior of its titular character. But lack of depth is exactly what this story called for and makes Straub seem more witty than her previous work.