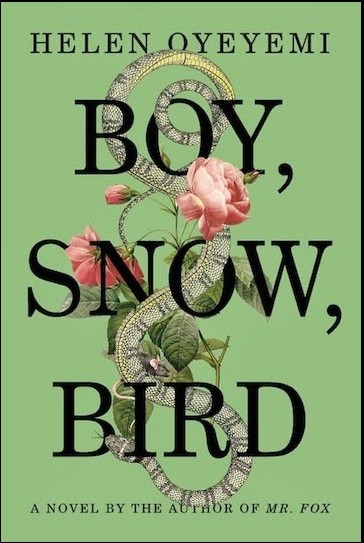 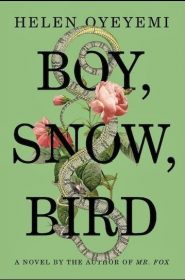 We begin with Boy Novak a horribly abused, stunningly beautiful young woman living with her father The Rat Catcher in New York. After years of abuse Boy escapes to a small, enchanted town in 1950s Massachusetts where she lands at a boarding house and begins a love/hate relationship with jewelry-designer Arturo Whitman, the father of a beautiful young daughter named Snow.

Spending the first third of the book with Boy is wonderful. She’s damaged goods, divorced from her emotions but still there’s an under current of longing within her. Her voice is strong and true. She knows evil lurks within her and seems to matter-of-factly accept that at some point it will escape.

There’s a pretty big reveal at the 2/3 point that I will not spoil, because I didn’t see it coming and when it popped out at me I rubbed my hands with maniacal glee in anticipation of all the mayhem soon to be wrought, what with the sinister beginning.

But instead of wicked stepmothers, evil queens and fair maidens, I got a hodgepodge of folktales & mysticism told in the form of letters written between estranged half-sisters. You can actually hear the steam leave the novel as the action grinds to a halt. The middle section is told from the point-of-view of Boy’s thirteen-year-old daughter, Bird, and she cannot carry the narrative. While it was nice to see some of the minor characters from Boy’s section further down the road, the novel falters here and never really gets its footing back.

The less said about the final, disappointing, third of the book the better. Even though the point of view bounces back to Boy, the story can’t recover. Plus, it makes you wonder why Snow doesn’t get her turn at center stage, especially since she made the cut for a title mention.

The biggest problem with the final third is that it’s really explain-y. Readers should always be wary when they come upon a character monologuing about a major plot point, explaining in great detail this out of left-field development, because 99.9% of the time you are being fed total bullshit. This is a device I often see in mystery novels, which is why I don’t read many mysteries.

Again, I don’t want to spoil it, but this big reveal makes no sense and seems to be nothing more than an excuse to explain some of the cruelty earlier in the book. It’s a damn shame too, because there were a lot of threads woven into the earlier parts of the book, especially this intriguing thing with Boy & Bird’s relationship with mirrors that gets a lot of play but then is never resolved.

This one starts out with so much promise & ends with so much disappointment. However, it has enough great stuff in it that it’s inspired me to seek out more of Oyeyemi’s writing, which is always a good thing, right?