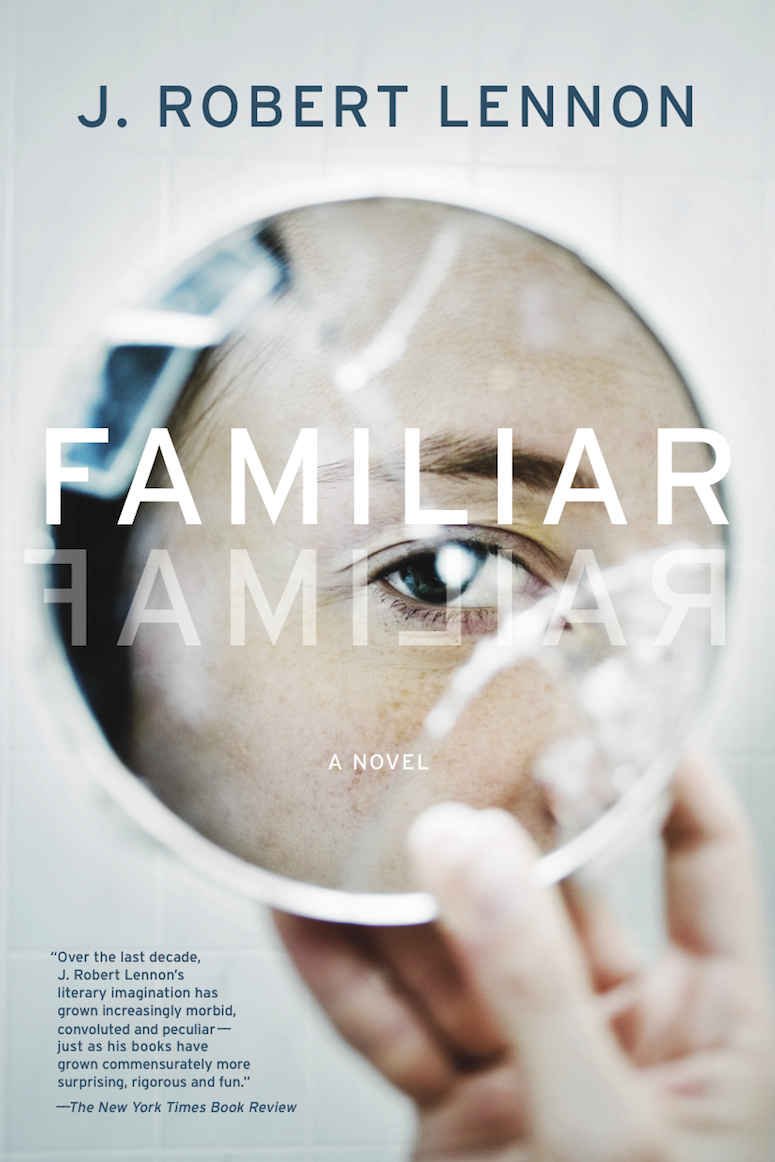 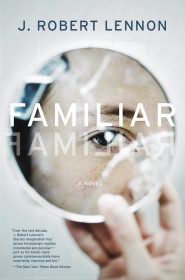 One minute she’s all zone-y bologna, entranced by a crack in her windshield while she cruises down the highway after a visit to her son’s out-of-state grave and a blink later, the crack is gone and Elisa doesn’t recognize the body currently housing her person. Or her car. Or the contents of her purse.< J. Robert Lennon’s sorta sci/fi novel Familiar presents a character with two sons, one dead and the other so beaten down by the former that he’s kinda just a walking, shaking ball of neurosis. Things with her husband are terrible; Things with her boyfriend are decent. Every year, bout this time, she returns to Wisconsin to visit Silas’s grave. When she becomes a parallel universe version of herself, she’s got the length of the car ride to get her shit together so she can convincingly play the role of herself when she gets home.

New Elisa is rounder. Her husband is kinder, but it turns out that he is just trying extra hard because they are in couples therapy. She’s got a different job on the same campus and she’s even got a friend. Turns out she wasn’t kneeling at a grave, she was at a work conference. She’s got a tender relationship with her mother-in-law and she’s never met her boyfriend, she determines after a recon trip to his frame shop.

The knockout punch, though, is a family photograph that catches her eye as she and Husband 2.0 adjourn to the bedroom for some post-trip nakey time: Silas. In the photo he’s aged beyond the point where he died in the original version of herself.

In this world, he’s still alive.

Elisa must figure out how to negotiate this new world, new job, new set of relationship rules, new body. Part of this involves stalking her sons, from whom she has become estranged. Truth: Both versions of Elisa are monstrous.

Elisa is stuck in one of those literary situations that occur in YA and magical realism: She has no one to confide in. Her situation is too unbelievable to anyone who hasn’t been reading from Page 1. The logical resource, her husband, believes she is not herself. But It’s easy to reason that if she did confess her predicament to him, he would assume it was a ploy to deflect intimacy and he would narc her out to their therapist. It’s doubtful that her new best friend could stop the chatter long enough to listen to Elisa’s tale.

As a reader, you wait for the person with an open mind and kind eyes to enter stage left. Elisa gets that, with messy results, and ultimately finds herself swapping deets with anonymous posters on a bulletin board dedicated to parallel universes and the like. You also look for clues to what is going on and whether it will be reversed. Elisa hypothesizes that the other her is now in a similarly confusing situation, living in her old life and that presents another theory. Her therapist tells her that she’s had episodes in the past, she’s been hospitalized even, and that this looks like one of those. Meanwhile, in the background, this all smacks of something that Silas, a video game guru, would invent.

This book is filled with all sorts of ooky what-thes and strange what-ifs and readers who need an aha moment should look elsewhere. Readers who always sort of assume there is something a little sci-fi-y going on beneath the layers, even IRL, will feel right at home.