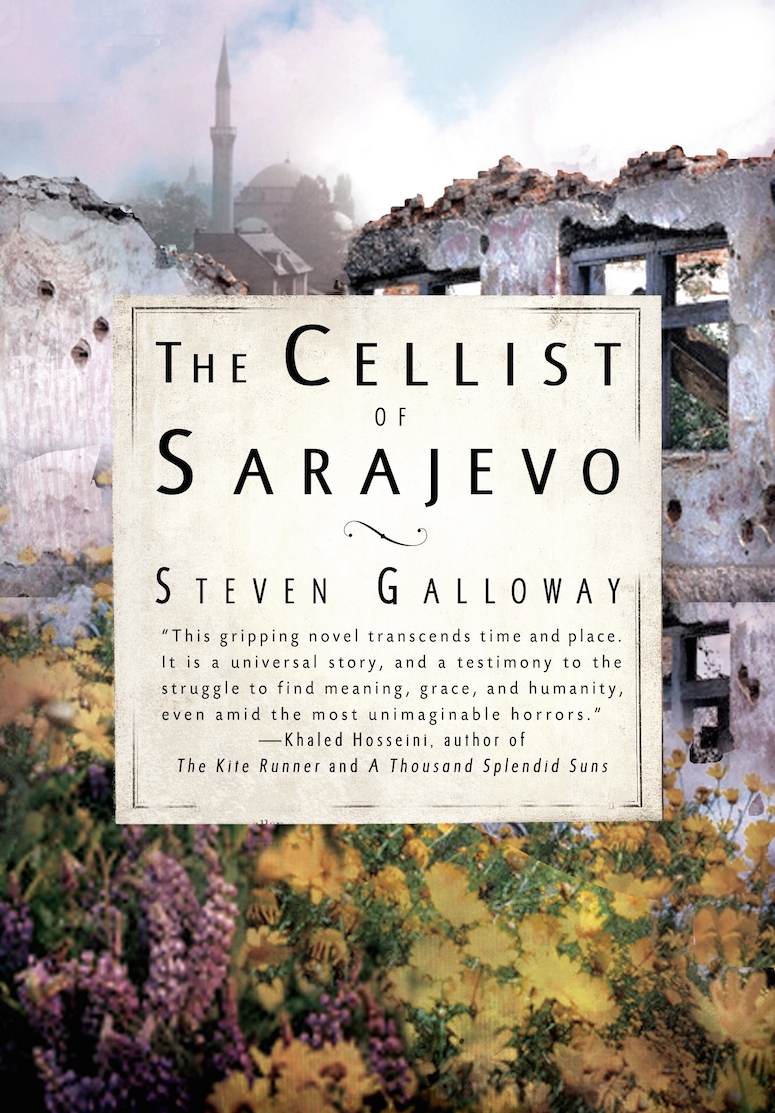 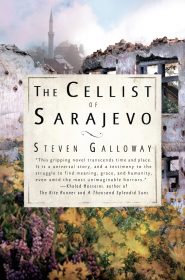 Every day at the same time a cellist dons his increasingly dusty formalwear, props himself on a stool and performs Albinoni’s Adagio in G Minor in the gutted out spot where 22 of his neighbors died while waiting in line for bread in a Sarajevo marketplace. His plan is to play 22 consecutive days, which is a severe health risk considering the snipers in the hills indiscriminately picking off civilians.

This much is true. Well, not the same time part. The real cellist mixed it up. Steven Galloway’s unnamed character is one of four at the center of the novel The Cellist of Sarajevo. (Did this fictionalization rankle the real cellist Vedran Smailovic? Yes ma’am it did. Did the rankling of the real cellist rankle Galloway? Seemingly, no. So take that, art).

The story rotates through the stories of four characters living in Sarajevo in the 1990s during the Siege on Sarajevo. The coolest of these characters is Arrow, who has taken this nickname because of her mad sharp shooting skillz. (Truly, in a different novel she’s worthy of her own YA promo fest: Lifesized cardboard likenesses, a signature hairstyle, lunchboxes, midnight screenings).

Arrow has been able to work quietly, sort of picking off the men in the hills at will. But now she’s got an assignment and it is billed as almost impossible: She is asked to keep the cellist alive. It doesn’t look good, this daily tribute, and someone has been sent to kill him. So Arrow has to formulate a plan and figure out the plan that has been formulated by the assassin. For the most part she’s shelved what happened in the past and she’s been able to do her job without emotions. This will change when she gets the assassin in her scope.

The other two men are blurrier and their stories aren’t easy to differentiate after reading. One is on a mission to fill water jugs at a brewery across town. He will also fill jugs belonging to his crotchety next door neighbor, though she has made it purposefully inconvenient. The other man is on his way to work at a bakery where he works in exchange for precious bread. His family has left town. The route to the shop is filled with death traps. The cellist gets a single chapter explaining the scene where he stood at the window of his apartment and saw the bomb explode.

So this was good. I figured it would be. But it’s not the kind of thing that lands on my Goodreads’ shelves. (In this case it was picked for an all-city read along, so I just read along). I’ll probably tell my mom about it.