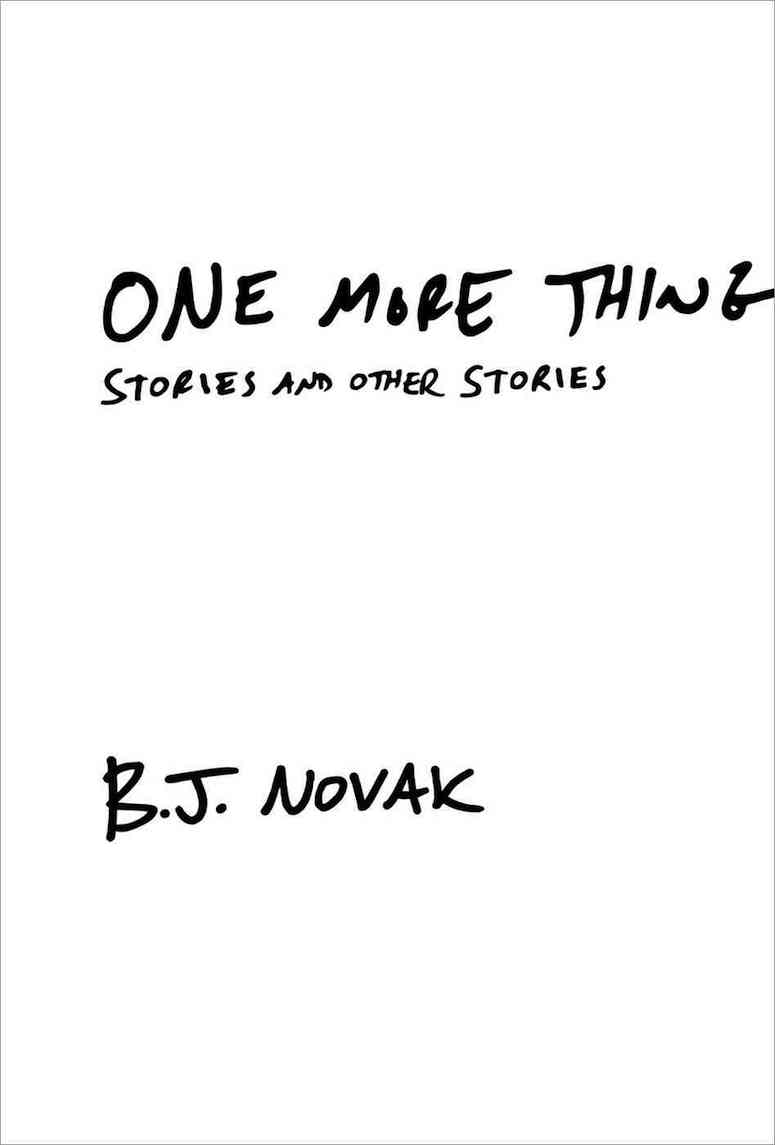 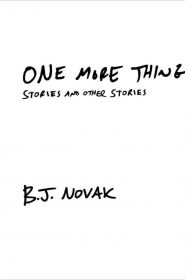 I can’t remember the last time I read a book as sad and cynical as B.J. Novak’s collection of flash fiction One More Thing: Stories and Other Stories. I can’t tell if these stories are hipster detachment masquerading as intellectualism or what. The voice throughout the sixty-four stories is one note cool, cynical finding humor in other’s misfortune. Ugh.

And I can’t tell if my problems with this book are specific to B.J.Novak’s writing or the genre of flash (or short short, whatever you want to call it) fiction itself. I’ve struggled with this kind of writing before. All the stories come off as a set up for a punchline. It often seems as though the whole point is to come up with an absurd premise — Grandma doing blowjobs in heaven; going on a date with a Congolese warlord; John Grisham going apeshit because his latest NY Times bestseller went to press with a fake title — and see where it goes. It never seems to go anywhere emotional, genuine, or honest. It just seems to be all “ha ha should I fuck the warlord?”

At their best, some of these stories are trifling little amusements. Some brought a chuckle to my brain, especially when threads from one bit showed up in another bit. Like the man in “All You Have to Do” who lays out his very simple, yet detailed methods for meeting a girl showing up a few stories later in “Missed Connection: Grocery spill at 21st and 6th 2:30 pm on Wednesday.” This happens a few times, and I appreciated every time a story came back around. But on the whole the book feels like a literary equivalent of a Hallmark card — you wade through a lot of nothing to get the briefly amusing.

The longest stories are the best and most enjoyable. At the same time they make the book even more frustrating. In these stories, “Sophia” and “J.C. Audetat, Translator of Don Quixote” specifically, you can see Novak has the chops to rise above his ironic hipster detachment punchline bullshit, and write something genuine and emotionally satisfying. You can also see that an absurd premise doesn’t have be the end goal. In “Sophia” our unnamed narrator orders up a sex robot and unwittingly gets the first artificial intelligent being capable of human emotion. It sounds ridiculous, but the narrator has to struggle with falling for this creature or staying true to his romantic ideals.

In the latter story Novak includes reviews for his fictional translator. The reviews are so spot on and send up not just reviews in general but the writers of them specifically. He has a Chuck Klosterman review that made me snort with laughter.

Yet these two shiny gems aren’t enough to bring this book out of the ugh and more ugh territory. Too often the voice is one-note with a sort of emotional remove from the characters (most of them unnamed unless they’re famous e.g. Johnny Depp, Tony Robbins, Nelson Mandela, etc., etc., etc. ad nauseam). And there is tons of writing like this:

But he had what he had and he did what he did, and everyone remembered him fondly.

Ugh. It feels a little like first draft word vomit.

It’s weird. Even though this collection annoyed the hell out of me, if B.J. Novak ever wrote a novel I’d totally double down and read it. I suspect if his writing were to mature past these punchline set-ups and absurd situations and he really gave his stories time to develop some sort of emotion, you’d get a pretty satisfying novel out of this guy.