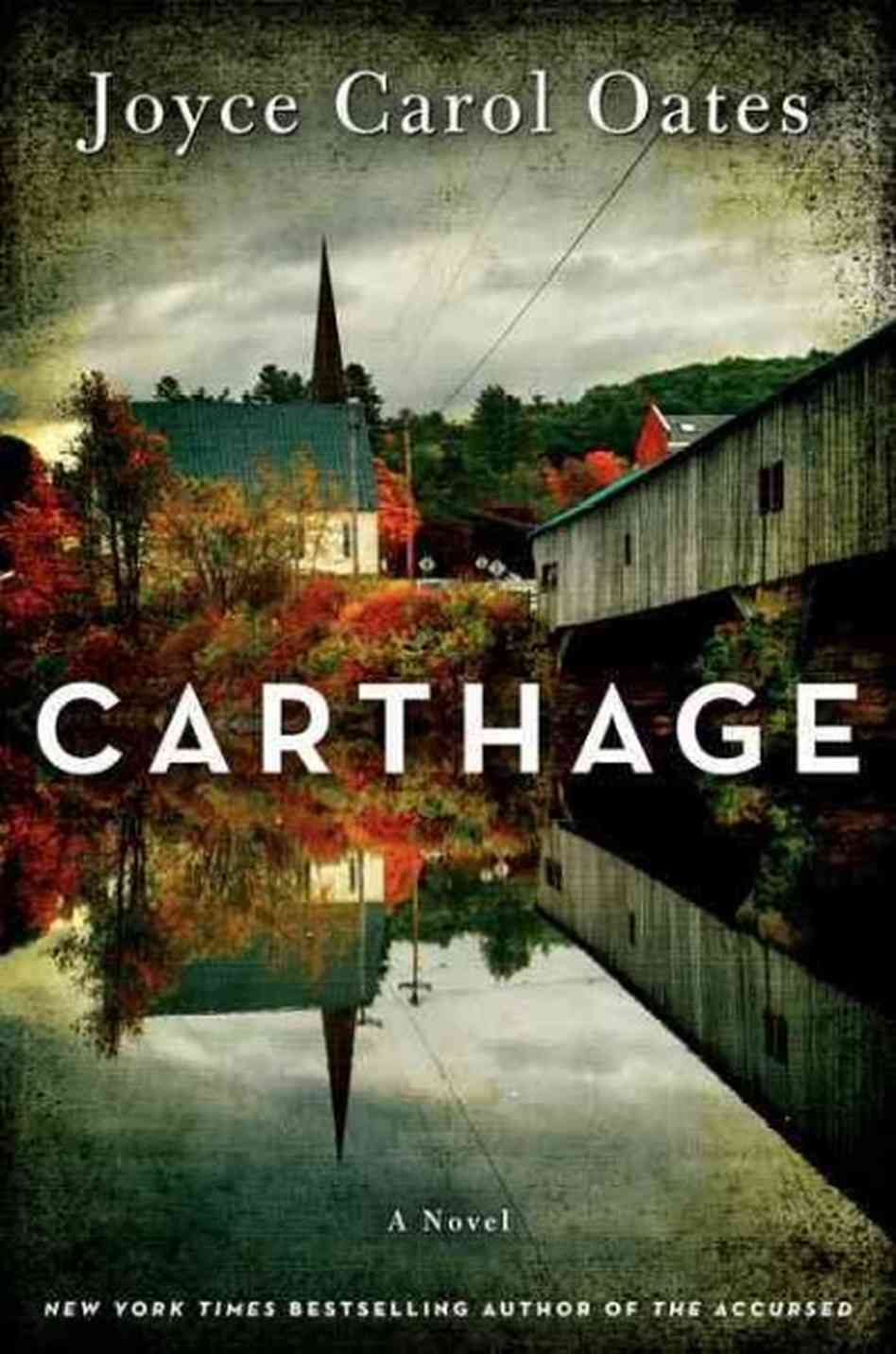 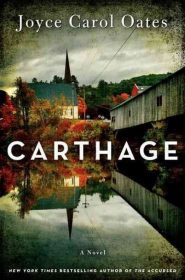 This is the truth as I imagine it: Joyce Carol Oates, so full of words that they tumble out of her and so she has to just put them places. Into novels, that’s the obvious answer. When they’re coming too quickly to sort, poems. Tweets, that’s healthy, too. Then there are the looped letters in the foggy mirror and etchings with her thumb nail into the soft wood of park benches.

She’s a different kind of person’s Stephen King. Or maybe she’s the same person’s kind of Stephen King, but in a different way. Either way. She’s prolific. A book a year and not ever skimping on pages. Sometimes it’s like, “Wow, JCO. Out of the park again.” And sometimes, like with her latest novel Carthage, it’s like, “Hey, JCO. Why don’t we all just calm down for a sec. Take a deep breath. See this person here? She’s an editor. No. EDitor. Can you guess what her job entails? No, no. Of course not. How would you know. Haha.”

Carthage starts with a hunt for the body of Cressida Mayfield, the smart — as opposed to pretty — Mayfield girl. She was last seen leaving a biker bar with her sister Juliet’s former fiance, Brett, a guy who lost much of himself while serving in Iraq.

None of this is in Cressida’s nature, not the bar and not the not coming home. Brett is found passed out in his truck and a bit bloodied. He’s got recollections of what happened, but they are tangled up with recollections of something that happened while he was in Iraq. So when he confesses, he’s confessing to something that makes about as much sense as untangling iPhone factory-brand earbuds that have been in a bag for a year. The body isn’t in the shallow grave he’s spilling about. In fact, no one ever finds a body. Still, it’s off to prison for Brett.

The plot of public opinion writes itself: the broken war hero returns home to his fiance and gets the heave-ho when the carpool to physical therapy gets to be too much. Distraught war hero ends up murdering pretty fiance’s maybe autistic sister. It’s especially easy to believe after his confession. And, before the breakup, Juliet experienced a violent episode at the hands of Brett, so she’s not necessarily positive it didn’t happen just the way he said.

The latter half of the book finds the characters scattered, both geographically and mentally. The tragedy has altered everyone’s trajectory. They’ve found God, booze, quiet anonymity, comfort and a friend.

Oates gives each character a shitton of space to sort through emotions, identity and contribution to this messy tragedy. It’s too much space. The characters don’t feel developed as much as they just feel like they are being put through paces so that the writer can discover tics and quirks.

It’s too much, friends. It is just too too much. Carthage is a lot of words to say very little. It reads like a first draft, the version where you start digging at the character’s skin to see who you’ve got to work with here. I’d love to see her sixth draft.