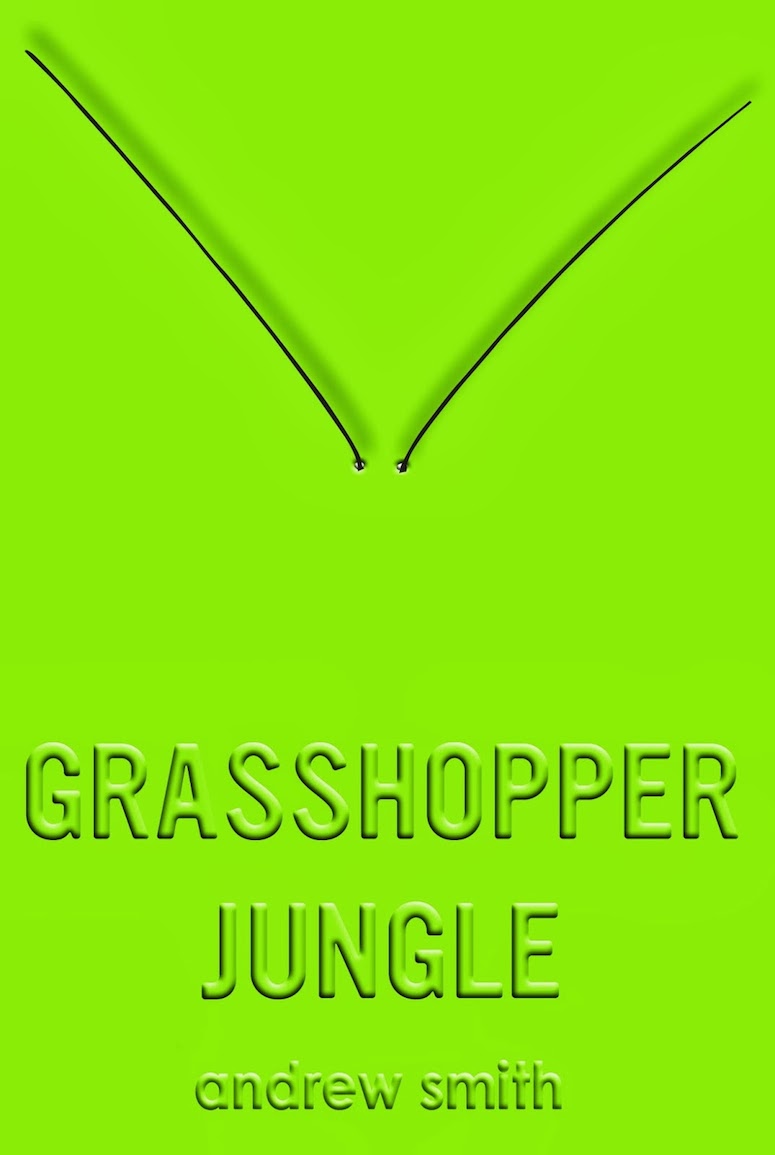 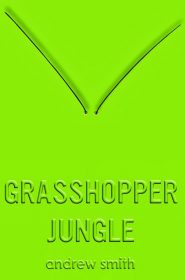 Grasshopper Jungle is all about Austin Szerba who is chronicling the end of the world. Austin is sixteen years old and lives in Ealing, Iowa, a small town where the end of the world begins, or so Austin tells us at the beginning of the book. Austin tells us a lot of things, making this book part coming of age novel and part science fiction (though it’s light on the science).

The coming of age part of the book is what I liked most. We learn about Austin’s girlfriend Shann and his gay best friend Robby. Like most teenage boys, Austin’s mind is constantly on sex, but he’s also questioning whether or not it’s sex with girls or boys that he’s interested in. He has feelings for both Shann and Robby and his back-and-forth confusion is what kept me reading this book. The science fiction part of the book is where I cringed.

The end of the world that Austin is chronicling is happening because of 6-foot-tall praying mantis-like creatures that start to appear in and around Ealing. Austin and Robby are first-hand witnesses to the beginning of these creatures and they uncover clues as to why the creatures are here and potential ways to stop them. The reason the creatures came to be is what made me cringe so hard.

I don’t want to give away everything, but how these creatures come to be is such crack science. I know this is science fiction, but you have to have something that is at least a little bit plausible. Let’s just say part of what brings these creatures to life involves corn, sperm, and blood. It’s totally stupid, but even more stupid is how these creatures can be killed. It’s absolutely, absurdly idiotic.

I wanted to tell Austin, Robby, and Shann to hurry up throughout the whole book. They move so slowly. They know there are creatures, but do they tell anyone? No. They figure out how they came to be, but is that shared? Nope. They figure out how to kill them, but do they quickly try to go kill them? Nope, they need to take a nap first and have some sex. Are you serious?

I really liked the coming of age in this book. I wish that’s all that this book was because that was at least believable. The science fiction part of the book is just too awful for me to recommend it to anyone.