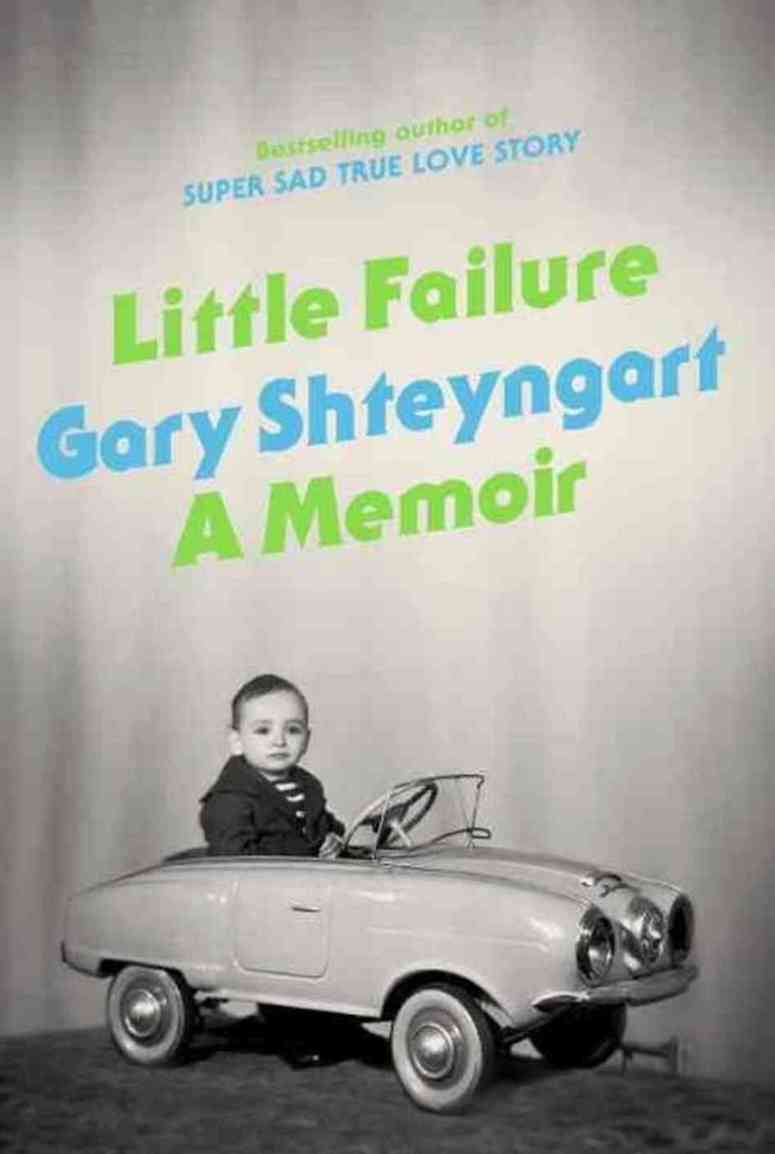 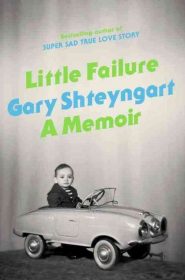 Gary Shteyngart was still wearing his awkward U.S. newbie ID when he received the nickname Gary Gnu and built an entire quirky schtick around it. This was an upgrade from second-most-hated in his classroom, a delicate balance he maintains soon after his family comes to American from Leningrad in the late 1970s. I would guess that the descendents of these early clowning seeds are what we were seeing when Shteyngart dons a pink robe and shares the comfortable peck of longtime lovers in the trailer for his memoir Little Failure.

It’s also one of the reasons why if Gary Shteyngart was shooting shots of vodka on the stool next to you, you’d know enough to slide a damp napkin in front of him and ask for his autograph. There are a lot of great writers in the world and Shteyngart is one of them. I’d bet that more than 90 percent of them, though, aren’t half as recognizable as this guy who has become a sort of comedic celebrity author. He’s always up to something a little high-profile — at least to people who follow such things, like running around the internet and playing a Borat-ian character with a deep Russian accent. It’s a good show. (I’d read him even if he didn’t have Jonathan Franzen playing the role of his therapist, but it makes it even more fun).

There are all sorts of sitcom-y episodes in his first piece of nonfiction: The Shteyngart family falls for the Publisher’s Clearing House claim that they’ve won blah-blah million dollars, Young Gary accidentally goes to a porn with his father and also receives cast off clothing from empathetic grade school teachers, Gary ups his resale value by crafting little tales about alternate universes, installments that are anticipated by his classmates. Gary transfers to a new school and spends one day after school hanging out in Central Park with the elite. Gary goes to college, where he hopes to get some action. He grows his hair out long, alters his reality regularly, more clowning. Gary meets a wealthy benefactor, a TV writer who becomes very invested in his work. Gary’s exgirlfriend goes after a newer boyfriend with a hammer.

A sort of side story is his relationship with his parents who a) gave him two bedrooms, but b) are the kind of people to give him a ladder so he can learn to get over his fear of heights. Then, once he’s ascended it, push him off of it. It’s his mother who refers to him as “Little Failure.” It’s his father who seems to relish sharing a dismissive comment about the author that he has read on a Russian website, but also reveals that he burns with hot envy toward his child. Ultimately, he has to create emotional distance from the duo — who are still together, yet spent his childhood perched on the cusp of a divorce. In the last third of the book, he finds a way to love them, but not let their words penetrate.

At one point in the memoir, Shteyngart reveals that he has gone back to re-read his three novels and he is surprised by how much of his real life he has used in his work.

Little Failure is funny. It’s sad. It’s funnily sad and sadly funny. It’s a nice way to become more thoroughly acquainted with the author and get a deeper understanding of why he might opt for the four-times-a-week therapy plan. He admits that he’s never had writer’s block and this book seems born of that. It’s a series of how-I-got-from-here-to-here tales. Like sitting across the table from a guy for a few hours and having him unwind his spool. It’s not my favorite of things written by Shteyngart, but since I’m a bit of a fangrrl, it’s required reading.