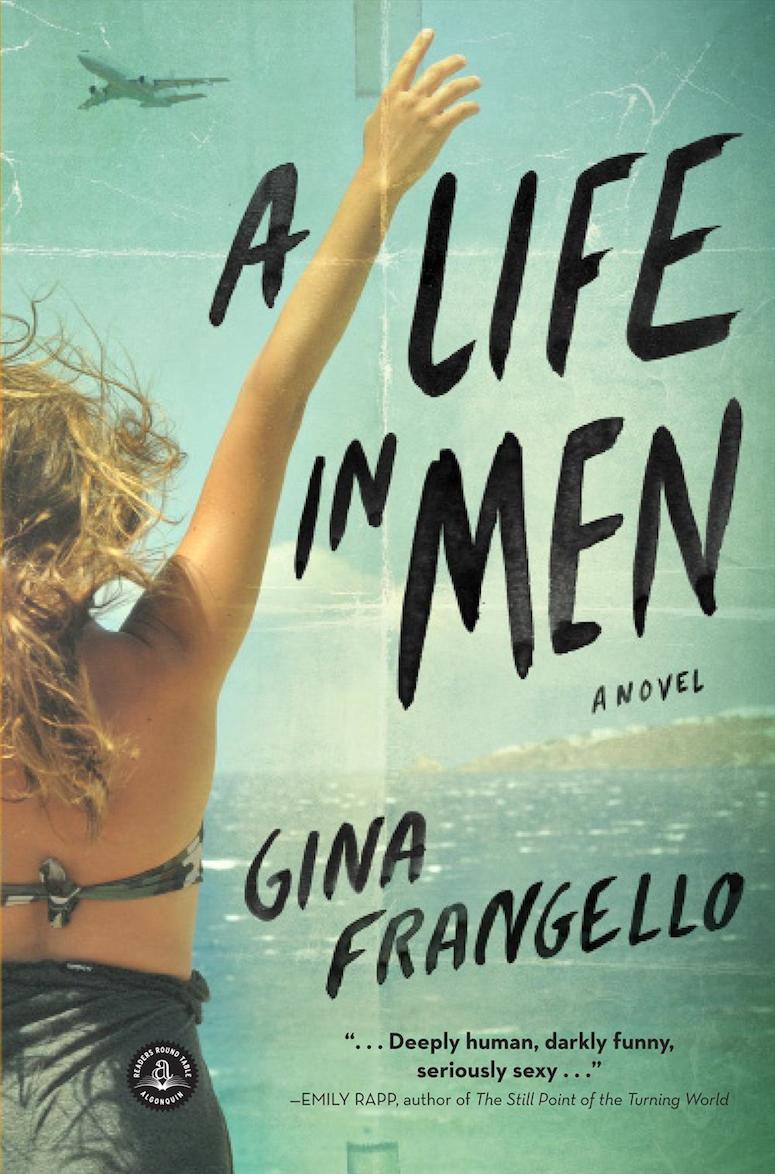 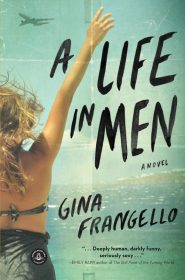 A few years ago when I was reviewing Slut Lullabies by Gina Frangello, I made the proclamation that you must read at least three books by a writer before you could claim them as a favorite. I like to make up rules and bylaws about things.

Well, guess what people? It’s official, Gina Frangello is one of my favorite writers. Commence your slow clap now.

Frangello’s new novel A Life in Men is a tender, wonderful story of friendship, perseverance, and living life in the face of tragedy. Mary and Nix are longtime BFFs just embarking on the world outside of their Ohio hometown when Mary discovers she has cystic fibrosis. She’s had it her whole life but it went undiagnosed for a long time. While Mary has to stay home and deal with her disease, Nix jets off to college out of state. When summer arrives she implores her friend to live life, and the two end up on the island of Mykonos in Greece. Nix is intent on showing her friend a good time, Mary is intent on losing her virginity.

Nothing goes as planned.

In chapter two we learn Nix is dead, Mary is living in London using Nix’s name, and she’s shacking up with a South African acrobat in a flophouse along with a junkie called Yank, and Sandor, an artist/conman.

It seems, despite her illness, Mary’s got a lot of living to do. Now she not only has to pack her own, bound-to-be-short life full, she has to live some for Nix too. We follow Mary to Kenya and Mexico, Amsterdam and Ohio. We see her with Eli, an older married professor and Daniel, her biological father. We see her with Leo, a brother she didn’t know she had, and Geoff who pops up when she needs him most.

Through it all Mary is trying to puzzle out what, exactly, happened in Mykonos and why the trip seemed to be the end of her friendship with Nix, who fled Greece to spend a semester abroad in London. Mary never had a chance to talk to Nix again. Instead, she spends her life poring over a few of Nix’s letters and continually writing to her dead friend about what’s going on in her life now.

Also, because this is, after all, a Gina Frangello book, there is a lot of sexiness. I love how she continually blends the literary and the sexy without the sex being the whole point. I like that it’s an important and not ignored part of her character’s lives.

At times I found myself chafing a bit at the flashbacks to Nix and Mary in Mykonos. Once I finished the book I could see why they were necessary and how they played into the larger arc of the novel, but while I was in the thick of it I always wanted to get back to what Mary was up to now.

And, basically, Mary was always up to no good, at least no good as far as her family and doctors were concerned. Because I grew to care for Mary so much I wanted her to do the wise, sensible thing. To ensconce herself in a safe environment with a team of top notch doctors at her beck and call. Thankfully, Mary would have none of that, which makes for a much better, more interesting book.