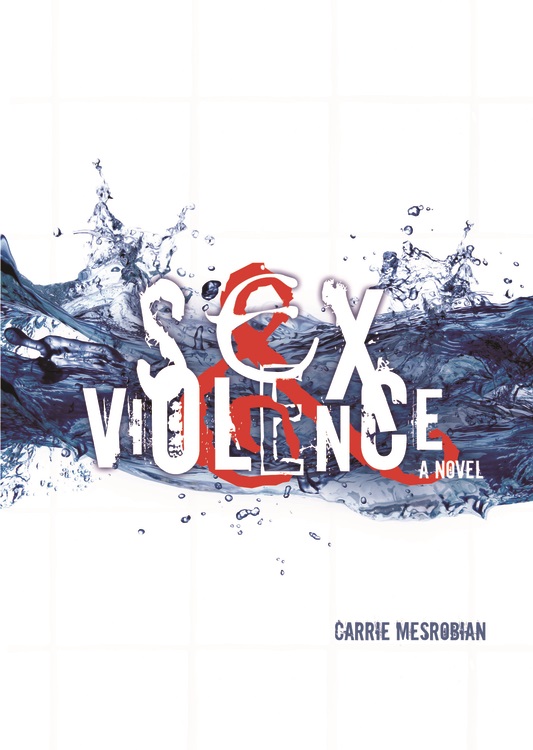 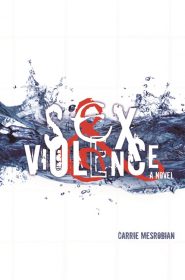 I disclose all this because I recently read the comments thread on Matt Bell’s Year in Reading piece for The Millions. I think it’s shitty when writers tout their friends’ books without revealing their friendship. This is not the same thing as saying people shouldn’t write/talk about a friend’s book. It’s saying that if you have a personal relationship with an author whose book you’re writing about, the audience has a right to know that.

Got it? Good. So wow, Sex & Violence. This was one tough read. Not because the writing or the content or anything like. It was tough to read because the teens were so real and my adult brain kept shouting “Ugh! Don’t. Stop! Don’t! That’s gonna leave a mark.”

Evan Carter is the perpetual new kid, moved from boarding school to boarding school around the country after his mom dies and his dad disconnects. Evan’s not so good with the friend making, but he is pretty good at hooking up. In fact, he’s kind of made it a science. Evan explains his ways and means, which seems to work pretty well for him until he hooks up with the wrong girl resulting in dire consequences for both of them.

After a brutal run-in with some meatheads, a broken and beaten Evan is spirited away to rural Minnesota where he and his father set up house in the family cabin and Evan must figure out how he’s going to continue in the wake of what happened in the school showers.

Sex & Violence is a character, voice-driven book more than plot-driven. Thankfully, living inside of Evan’s head with him is not too shabby at all. He’s smart, funny, and struggling with his desire for sex coupled with his fear of the violence that may come from it. He’s struggling with how to make friends, especially with girls he likes and desires at the same time. He’s never quite figured out how to be with a girl without the end goal being getting into her pants. Being with Evan as he manages these new, unchartered waters is both fascinating and painful. I want every scene between Evan and Baker, the smartypants girl next door, to go on and on and on and never end.

But it does end, rather abruptly, which bothered me at first. We spend a lot of time with Evan and a gaggle of teens he meets on Pearl Lake and then they’re all gone off to colleges and other places, leaving us with just Evan and a whole new cast of characters. Like I said, at first, I was all “no way, this is a total ripoff” but the more I thought about it (and this book is a thinker), the more I realized how genuine this story is to the way life actually is and not the way we imagine it to be. People shuffle in and out of our lives, especially when we are younger, and it’s not always with a lot of trumpets and ballyhoo. We drift.

This is one of those books where you have to keep telling your adult, know-it-all self to can it with the judgements and lectures. It’s hard too, because sometimes teens are so stupid, which is the point. How do you learn if you never do anything to learn from? I get that and having survived my own teen years, I know that’s what happens. Yet, I want to scoop up Evan and Baker and tuck them away some place safe where their own curiosities wouldn’t hurt them.

The more I type the more I realize how much I really loved reading this book. I could go on and on about how funny Evan is, how I want him to cut himself a little slack, how he needs to be more careful, and how great the setting is, but I won’t. I’ll just say that I love this book because in the most involved, egotistical way the genuineness of the voice and the story reminded me what it’s like to be a teenager.