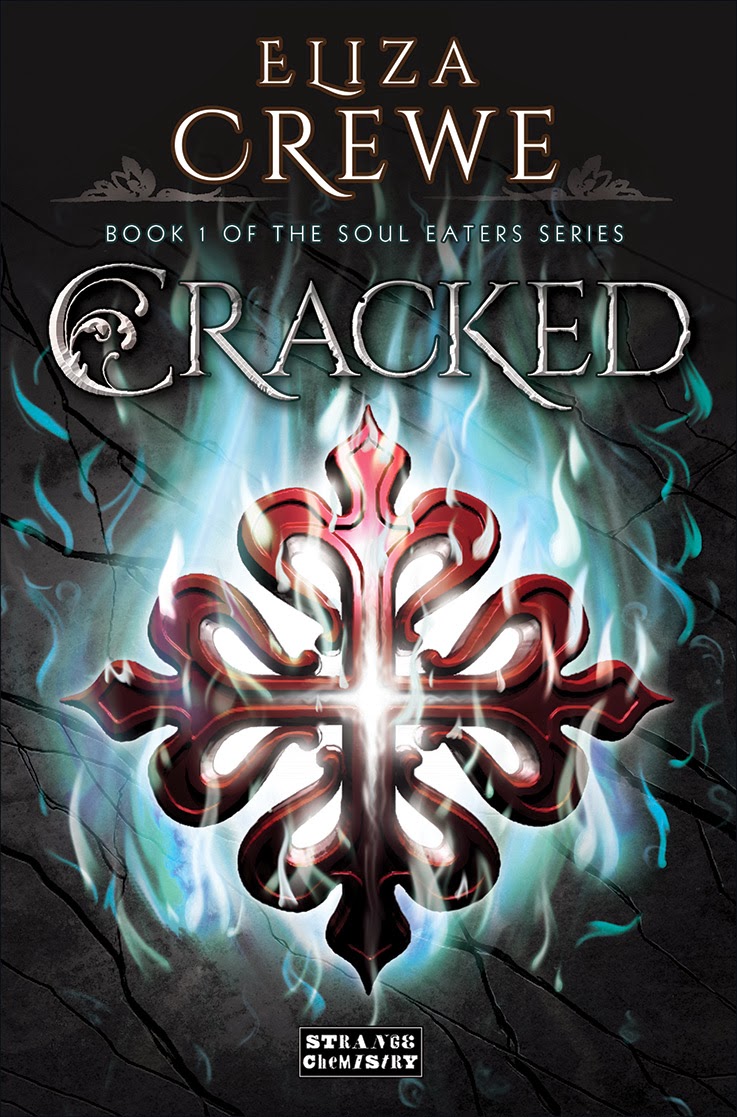 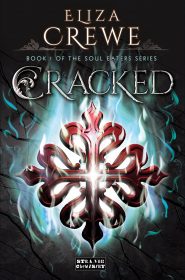 Cracked by Eliza Crewe is an urban paranormal fantasy with a snarky main character who is the reason to read this book. Meda is feisty, self-centered, sarcastic, witty, and hilarious, and she just happens to eat human souls in order to live. She was raised believing she was the only one, a special being who needed to eat souls, but this facade is shattered in a dark opening scene in an asylum.

In the asylum, where Meda eats the soul of a disgusting human being, she is interrupted by demons and saved by a Templar, the humans fighting against the demons. Meda discovers she is half-demon half-human and the rest of the book follows Meda as she struggles to figure out where she belongs.

Meda is why this book was so much fun. She tells the story and I loved her voice. She’s pretty biting in her commentary, making witty observations about the people and situations she gets into that had me laughing out loud. But Meda also kicks some ass, and there is a lot of ass kicking that goes on. This is a fast-paced, action-packed adventure which has Meda choosing sides and taking a stand.

The supporting characters are also pretty great, but make up a peculiar cast. Meda befriends Chi, an alpha male who believes he’s unstoppable, Jo, a disabled, angry-at-the-world girl, and Uri, an utterly delightful ray of sunshine. With this cast, Meda has a lot of ammunition to fuel her snark, but she also has friends for the first time in her life, and this is where we see that Meda is more than the self-centered girl we get at the beginning. This really is a coming-of-age story for this half-demon and it’s a great ride.

This book isn’t a literary, award-winning masterpiece, but it was really fun. There are good characters, bad characters, fight scenes, magic, and some secrets revealed, and I was thoroughly entertained, which is sometimes all you need.