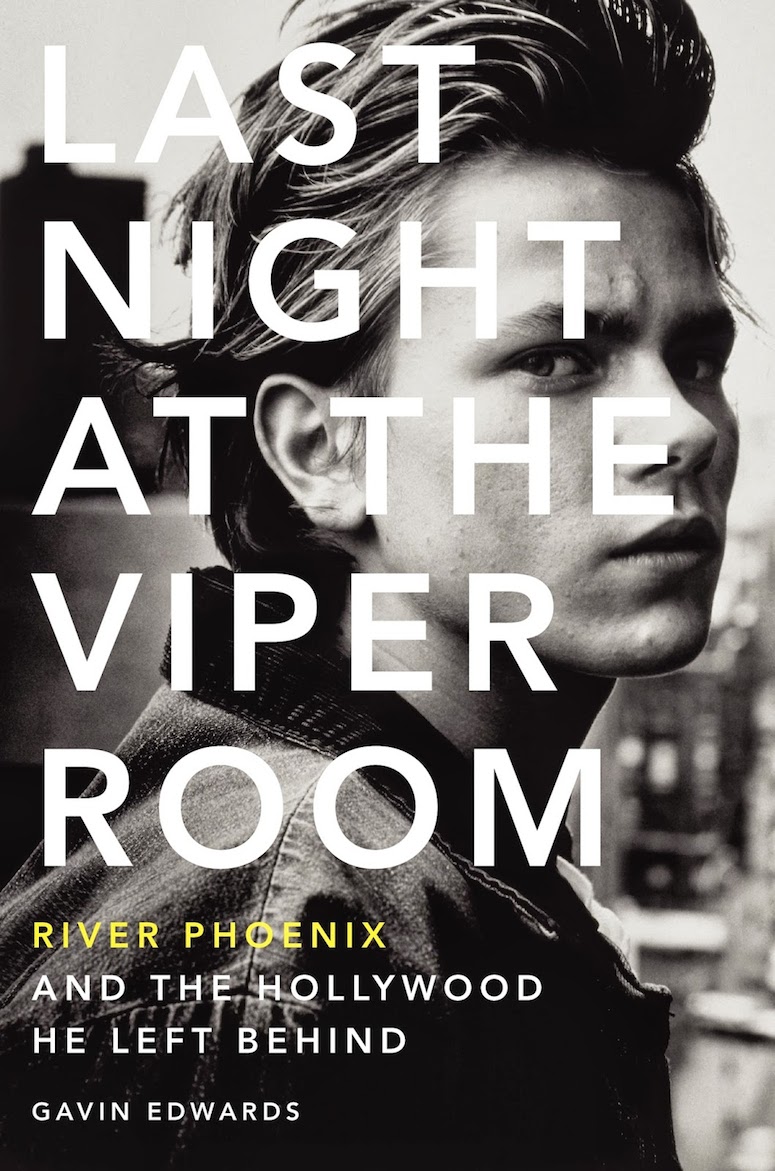 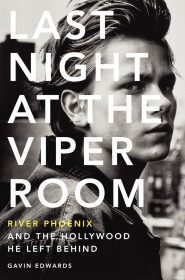 If Rob Lowe’s memoir is the biggest, best issue of Tiger Beat ever, then Gavin Edward’s Last Night at the Viper Room: River Phoenix and the Hollywood He Left Behind is the saddest.

River Phoenix was a beautiful, doomed neo-hippie with a heart full of music, hopes of saving the world, and a hardcore drug habit he was intent on hiding. It’s hard to believe it’s been twenty years since the twenty-three-year old actor died outside of the Johnny Depp-owned Hollywood club, The Viper Room, but there you have it.

Edward’s biography is illuminating, to say the least. As someone who would have labelled herself as a big River Phoenix fan (I brag about seeing “A Night in the Life of Jimmy Reardon” in the theater. Twice.), I learned a lot about him reading this book. All of it depressing as hell.

Perhaps more than the super-secret addiction, and even the loss of virginity as a child (an actual, four-year-old child), the most depressing thing to learn was how handicapped River was by his lack of education. Ostensibly he was home-schooled by his parents, but throughout the book people who worked with Phoenix talked about how very little he knew — even the most basic of geography, history, literature. They said he was a smart kid but had no knowledge. On one movie someone had to explain to him who General George Patton was.

The great thing about this biography, aside from revealing details long-forgotten or never-known about Phoenix, his family, and his career, is that Edwards consistently provides context for what’s going on in Hollywood at the time River is working on “Stand By Me” or “My Own Private Idaho.” He tells us what Johnny Depp was doing at the time, Leonardo DiCaprio, Ethan Hawke, and a whole slew of Phoenix’s contemporaries, including the musicians Phoenix would befriend at some point — members of the Butthole Surfers and Red Hot Chili Peppers, and Michael Stipe of R.E.M. Phoenix’s romantic relationships are also covered — and after reading this I want to hug Martha Plimpton — hard. I knew going into this that she’s pretty much made of awesome, but after reading Last Night at the Viper Room, it seems she was the only person in River Phoenix’s life who wouldn’t put up with his bullshit.

And that’s the real heartbreaker here — that so many people bought his BS. He was a troubled young man whose drug use was increasingly getting in the way of his work and his life, and so many looked the other way. Or believed him when he said it wasn’t so bad. People helped him hide his problem from reporters and the public in an attempt to protect his image, which led, ultimately to his death.

As the clock winds down to River’s ultimate death Edwards gives us a minute-by-minute playback of what happened that night at the Viper Room. It is infuriating and sad and leaves you with a heaping helping of woulda, shoulda, couldas.

This is a book that weighs heavy on your heart after you read it, but still makes you kind of glad you did.

Also, one last nerdy aside, Phoenix died of a drug overdose and the coroner who performed the autopsy said something about how the cocaine that night went right to his heart and stopped it. Which is, if you are a nerdy goodie goodie like me, the exact thing that killed Regina Morrow in Sweet Valley High #40 On the Edge and when I read that my first reaction was, too bad, he never read about Regina Morrow.