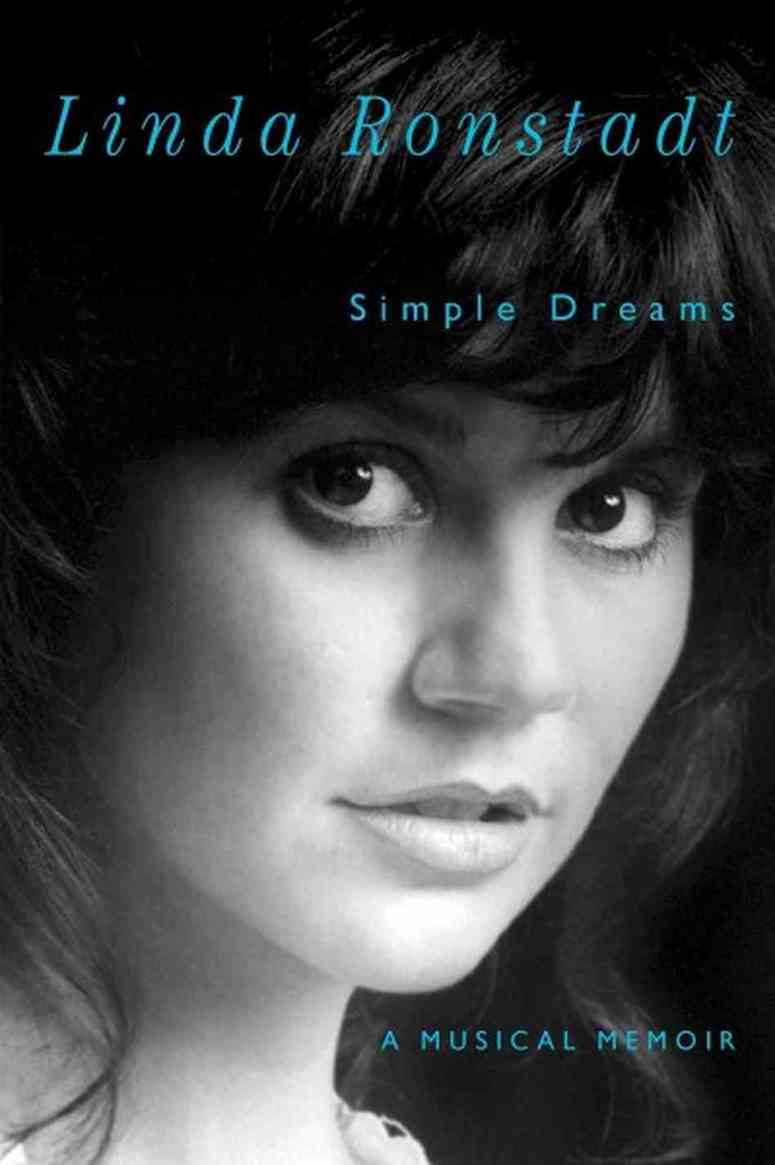 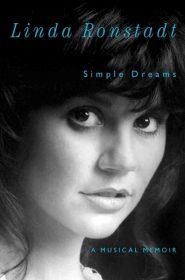 Until a couple weeks ago my knowledge of Linda Ronstadt consisted of “Somewhere Out There; those duets she did with Aaron Neville; and the recent news that she was suffering from Parkinson’s and could no longer sing. So I picked up Simple Dreams: A Musical Memoir not so much out of nostalgia or affection, but simply because I can’t seem to get enough of rock chicks in books lately. Shortly after I finished the book Ronstadt was nominated (the only woman to get a nom) this year for the Rock & Roll Hall of Fame

I feel a little bad categorizing Rondstadt as a rock chick, it was a label she wore reluctantly. In fact, at one point in her memoir, she writes that she hated being called the queen of rock and roll in the 70s and always felt the title should go to Chrissie Hynde (AMEN!).

After reading this slim volume (the text comes in at 200 pages, but there is an exhaustive discography that includes song titles in the back), I’ve discovered that Linda’s one of those women in rock & roll who gets overshadowed by her male contemporaries because they have penises and men write most of rock & roll history. She ran with the singer-songerwriters of the early country-rock fusion era that spawned Alt-Country. In fact, if it weren’t for Linda, there’d be no Eagles (for better or for worse). The seminal 70s band formed when they all met as backup players for Linda.

The book is filled with trivia nuggets and reads sort of like the greatest hits of her life. It starts out, seeming, pretty chronological — she writes about her childhood in Arizona, her musical family, and then dropping out of college to head to California to be a singer. There are endless tours and a million albums. There’s the time she dated California Governor Jerry Brown and journalist Pete Hamill. The time she decided to do Broadway and then go back to her Mexican heritage and sing Mexican folk songs.

It all feels a little choppy, with random asides about famous people — the night she hung out with Gram Parsons and Keith Richards and everyone got so bombed nobody could drive her home; that one time she went roller skating with her pal and met one of the Manson family women (I forget which one); and a bunch more about people whose names meant nothing to me. I couldn’t quite tell when some of these events happened. One minute she’s living alone in New York and the next she’s back in California with Jerry Brown.

Perhaps this is one for the hardcore Ronstadt fans, or the people who have more than a cursory knowledge of that early 70s-era of rock & roll. While mildly entertaining, most of this went right over my head because I had no idea who a lot of the players involved were and, clearly, I didn’t care enough to investigate. Probably the best thing about this book was that it did make me more curious about Ronstadt’s music, and while digging through YouTube I was pleasantly surprised by how many of her songs I actually knew without realizing it.