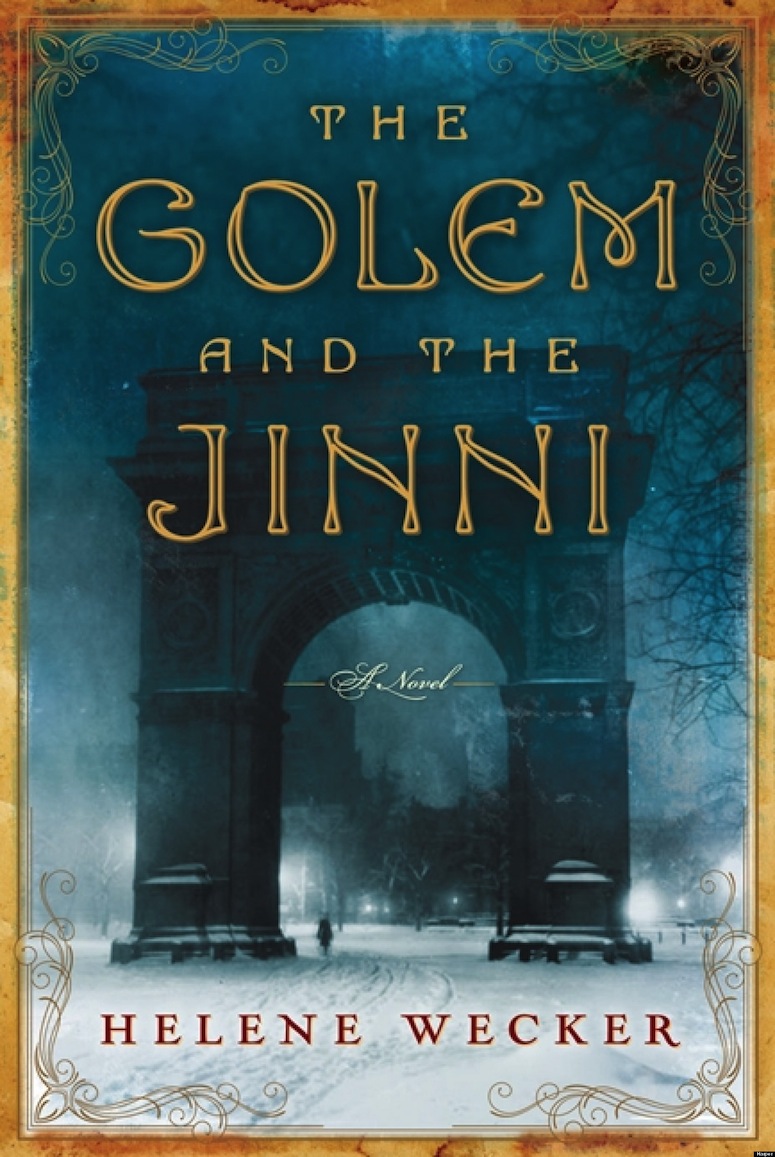 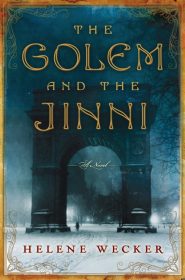 The further away I get from The Golem and The Jinni by Helene Wecker, the more I like it. When I first finished the book a month or so ago I was all “eh, that was pretty.” And make no mistake it is pretty. It’s a pretty, pretty physical book and a pretty, pretty story of two beings finding each other in turn-of-the-century New York. Do we still call the 1900s the turn of the century when we just had one a dozenish years ago?

Here we have a Golem, a woman made of clay by an evil Jewish mystic, who has traversed the Atlantic and landed in New York City sans master who died on the boat when his appendix burst. The Golem is taken in by a kindly retired Rabbi who worries about what to do with this powerful creature who is hardly aware of her own strength.

We also have The Jinni, another mythical creature who has been trapped in a bottle for centuries and is only freed when a tinsmith tries to repair the bottle.

The Golem and The Jinni try desperately to fit into their ethnic-centric neighborhoods. The Golem, named Chava, becomes a baker. The Jinni, called Ahmad, a tinsmith. Neither creature fits into the worlds they inhabit, the need no sleep or food and spend a lot of energy trying very desperately to fit.

On one sleepless night they run into each other and immediately recognize the “otherness” what starts is an unlikely relationship between the Jewish Golem and the Syrian Jinni.

A lot of the conflict from this story arises from our two otherworldly characters chaffing under the constraints of pretending to be human. A little late in the novel (at least for my tastes) we discover there is more danger here than just being discovered as something other than human.

We spend a lot of time with The Golem and The Jinni separately, exploring their new world, learning about their storied pasts, and finding out about the secondary characters who populate their lives. I wanted less secondary characters — a bachelor tinsmith, a do-gooder social worker, a busybody coffee shop owner, a damaged ice cream man — and more time with The Golem & The Jinni together. These are the characters that make the book go round and it’s at its best when they are together exploring their differences and their similarities. This is where the magic is and it’s not to say that the rest of the book isn’t good, it is well written and beautifully described, it’s just that it feels like it gets in the way of the magic and I wanted all magic all the time.