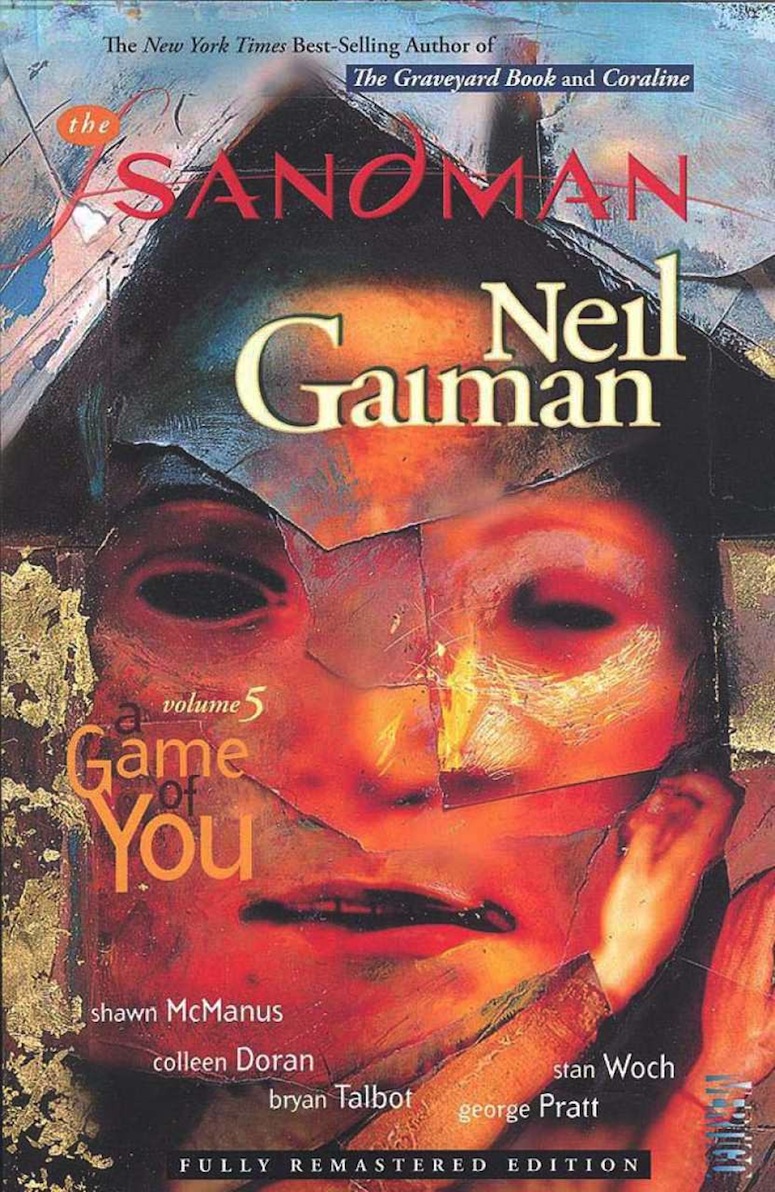 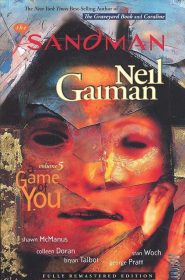 One thing about the Sandman series that sometimes frustrates people is how many stories each book includes. There are usually multiple different stories filled with a slew of characters and how the stories are connected often doesn’t come about until the end. I admit it can be confusing trying to keep everything straight, but in Sandman Volume 5: A Game of You, there is no problem because it contains just one story.

Barbie lives in an apartment with some awesome neighbors – a witch, a lesbian couple, a transgender woman, and a creepy little man named George – and everyone’s world goes haywire when Barbie gets stuck inside her nightmare. She cannot be awoken easily, even during a horrendous storm, so her neighbors summon a Moon Goddess to help them.

In her dream, Barbie is Princess Barbara and must work with some animals from her kingdom to try to take back her castle from the Cuckoo. Since Princess Barbara has been gone, the Cuckoo has transformed the land, so this is the typical good-versus-evil quest.

This volume could be read at face value, but I think there is much more here. It’s called A Game of You for a reason, because identity and what it means fills these pages. From the beginning, we see Barbie painting her face trying to make her exterior fabulous when inside she’s grieving. Barbie was a minor character in Volume 4: A Doll’s House, and in it she had a partner, Ken. Here, Barbie and Ken have broken up and we enter the story with Barbie seeming very depressed, but when she paints her face she is much more animated.

There is also Wanda, the transgender woman, who does have a clear sense of who she is, but who is nervous to take that final step and have surgery. She’s really a fabulous character, probably one of my favorites throughout this series, and one of the most sympathetic, because when a fantasy element connected to sex comes into play, Wanda cannot be with the other women, no matter how much she wants to.

There are other identity issues with Barbie and Wanda, but also with some of the minor characters, and a lot of questions are raised. Who are you? Is how everyone else views you the real you? Does the past define the future? Can you change, both physically and emotionally, and at what cost?

I really could keep going because there are many things I love about this volume and many more questions it raises. It feels like a more cohesive story than other volumes, probably because we just focus on this one story. And maybe I really love it because the main characters are women. We get women in other volumes of Sandman, but here women are the major players, the ones we cheer for, are frightened for, sympathize with, and ultimately are the heroes. Finally.

And we do see Dream a little bit in the story, but not much. He’s watching this whole thing play out and appears at the end when necessary. I thought I would dislike that Dream’s not very active in this tale, but I didn’t. Even when he’s not there, we still learn more about him, or here, we learn more about his dream world, specifically about the dangers when the real world and the dream world collide.