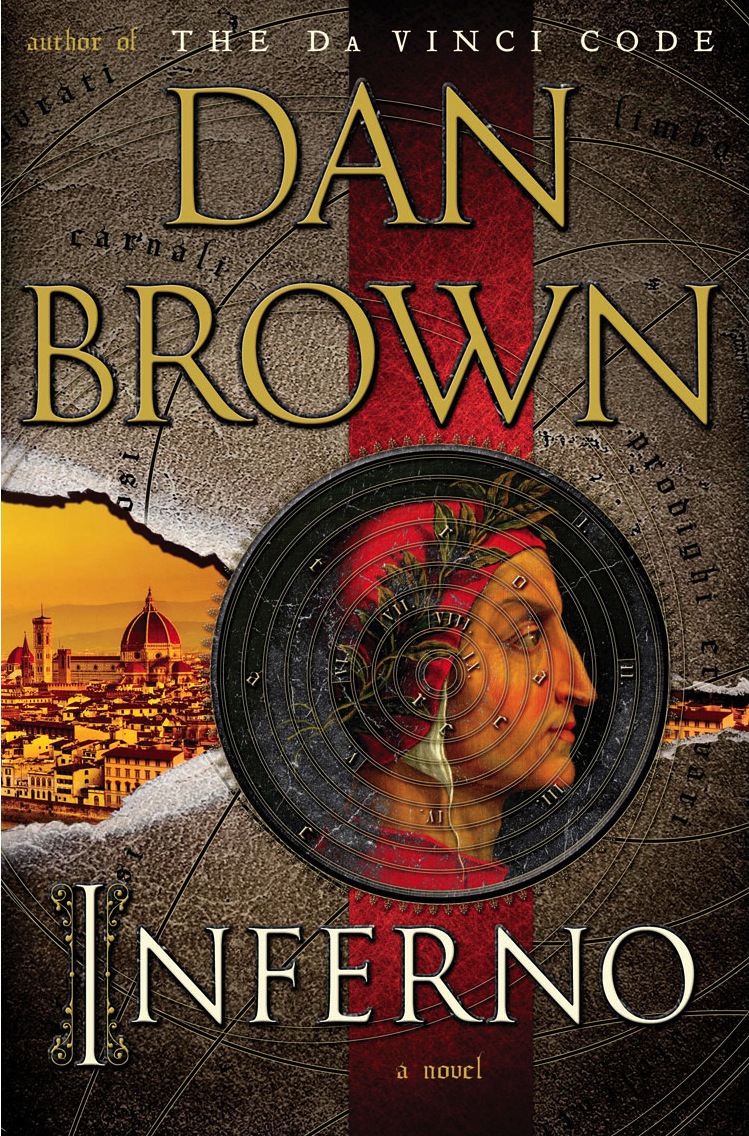 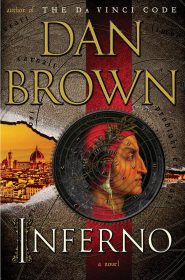 This was my first Dan Brown experience, brought about by a member of my Rock & Roll Bookclub who has spent much time studying Dante’s Divine Comedy, the book at the middle of Inferno.

With any luck this will be my last Dan Brown experience because listening to this book (I couldn’t bring myself to read it) tried all my patience, a virtue I do not have much of. I’ve also come to the conclusion, after reading this book, that I just don’t like thrillers. They frustrate me.

In this one, his Harvard prof internationally-renowned symbologist Robert Langdon wakes in a hospital room with a gunshot wound to the head, a spike-haired, leather-clad, gun-toting woman after him, and Sienna Brooks, a young, blonde-ponytailed doctor pulling him by the arm to get him to safety.

We soon learn that Langdon has amnesia (of course) and has no idea why people are after him or why he’s even in Florence, Italy. The two discover a weird projector featuring an altered version of Botticelli’s Map of Hell, a painting of the Inferno section of Dante’s Divine Comedy. The painting sets Brown and Langdon on a sort of scavenger hunt across Florence, Vienna, and Istanbul trying to figure out how to stop a great plague being set upon the people of Earth.

Along the way we discover that things aren’t always what they seem and, of course, eventually we learn the confusing backstory for why Langdon woke up in Florence with amnesia. It’s eye-roll inducing.

Here’s what I liked: All the art history and discussion of Dante’s Divine Comedy. It was a really nice refresher on all the stuff I learned (and subsequently forgot that I knew) in AP European History and Honors English back in high school. I really, really enjoyed that aspect of the novel.

Here’s what I didn’t like: All the other things.

I don’t like these kinds of books because they are so predictable. Despite an alleged head injury, no sleep, and no food Robert Langdon is sharp as hell and always, always makes the right, quick-thinking decision. Always.

Every character has to trust his/her guts/instincts many, many times. Doing so is, of course, the exact right thing to do. It sort of takes the thrill out of the “thriller.” None of the characters are like real, actual humans so I care not at all about their survival or safety, which I guess isn’t the point. I think the point is to find out if Robert Langdon will save the Earth or not? But of course he does because he’s the star of a series of multi-million-dollar making books and movies.

Bah! Whatever. It’s hard to get too hopped up on literary junkfood, which is what I guess this is. We all have our junkfood weaknesses — mine tend more to the rock & roll memoir than the international scavenger hunt thriller. Some people like Cheetos and some people prefer Fritos, neither of them are better than the other. Right?