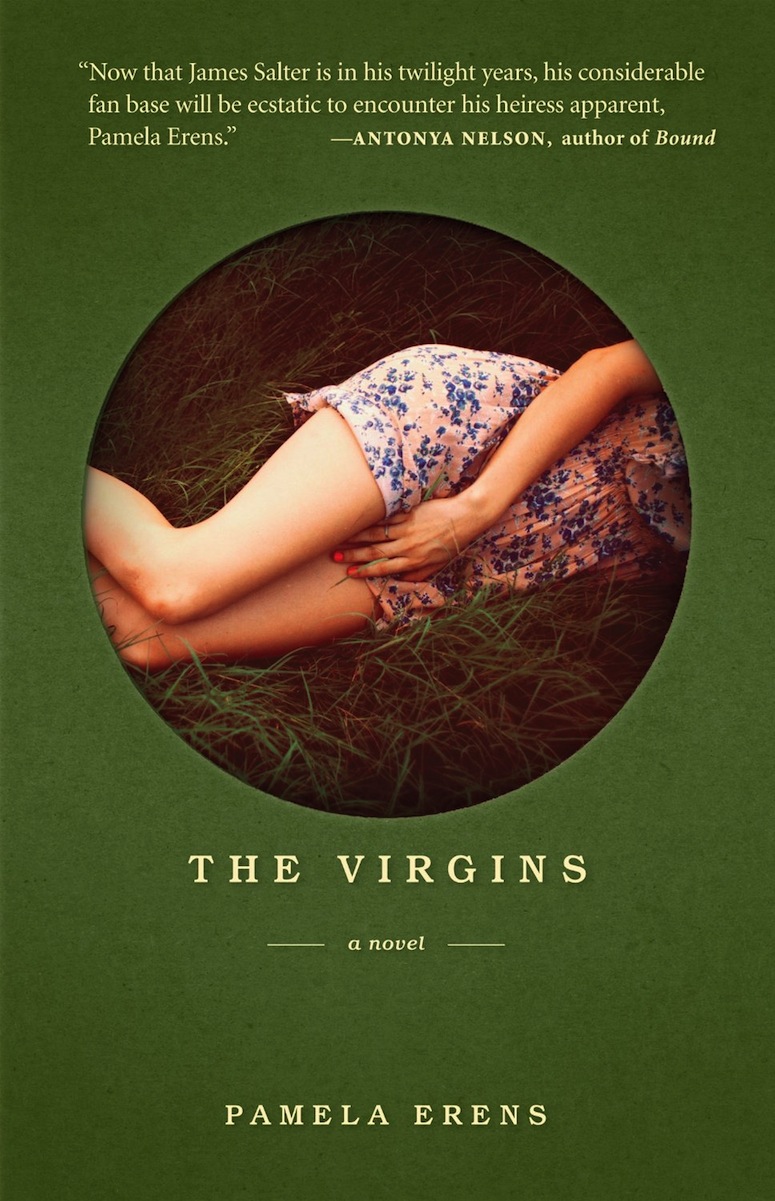 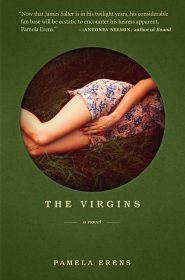 The It Couple of a certain east coast prep school oozes with sex. And they’re so cool about it. Sure there are other couples, but Aviva and Seung are the ones to watch. Her: a new girl with a purple bra and a limitless credit card: Him, a swimmer with a fondness for chemistry both in the classroom and when he’s imagining THC as shaped like a pull toy.

One guy is so taken with Aviva that all he can do is watch. And imagine. And jerk the turkey. Bruce Bennett-Jones plays narrator/voyeur/fan fictionalist in Pamela Erens’ novel The Virgins, a short doozy of a story. The old money coxswain sees Aviva when she first sets foot on campus. He helps her carry things to her dorm room, a breach of boundaries in the single-sex living space, and within minutes is pressing himself up against her and getting all panty.

She’s not stopping him. The new girl has a hungry curiosity about sex and she just might let Mr. Bennett-Jones take this a little further. But her willingness throws him off, and the coxswain bolts from her room and decides: Know what? I’m just not that into her. He is, though. And they will find themselves alone again and he will try again and this time he takes it too far. She snuffs his candle with the promise of narking him out if he doesn’t chill.

These bits are included in Bennett-Jones’ retelling of this old love story, which, we are told early, ends tragically. Seung isn’t going to make it to the last page. The watcher writes about how the couple met, Aviva’s aggressive invitation and Seung’s embarrassing poetry. There are trips to both homes to meet the parents and so much time spent in the woods or in nooks touching each other and working up a frothy lather. Bennett-Jones plays Seung as blindly passionate, a smart dude who dabbles in drugs; Aviva is indifferent about her lover, but needs something to fill up an emptiness inside of her — the sort of hole that requires her to, at one point, chop off her beautiful long hair. She, in turn, is passionate about passion.

Aviva is a wonderfully troubled character whose home life is splintering. Every swipe of the credit card might be the last and who knows if her dad will pay tuition next year. She’s searching for something and seemingly no one — not even Seung — can fill the void. This relationship isn’t doing much for Seung’s family either. The second son of Korean immigrants is instructed that he is not to get serious about this girl. Then again, who knows. All of this is according to the narrator, a member of the drama club who excels in directing. He has a knack for putting people in surprising roles.

There’s a chance this is all coming across a little beach read-y, but this really isn’t a small book about summer lovin’. This book has a delicious urban legendness to it that matches The Virgin Suicides. It’s about imagining what life is like for private people who capture a small factions attention. It’s also a great nostalgia trip back to a time when kissing was the end game and it could go on all day until chins had beard burn and lips were puffed and red.