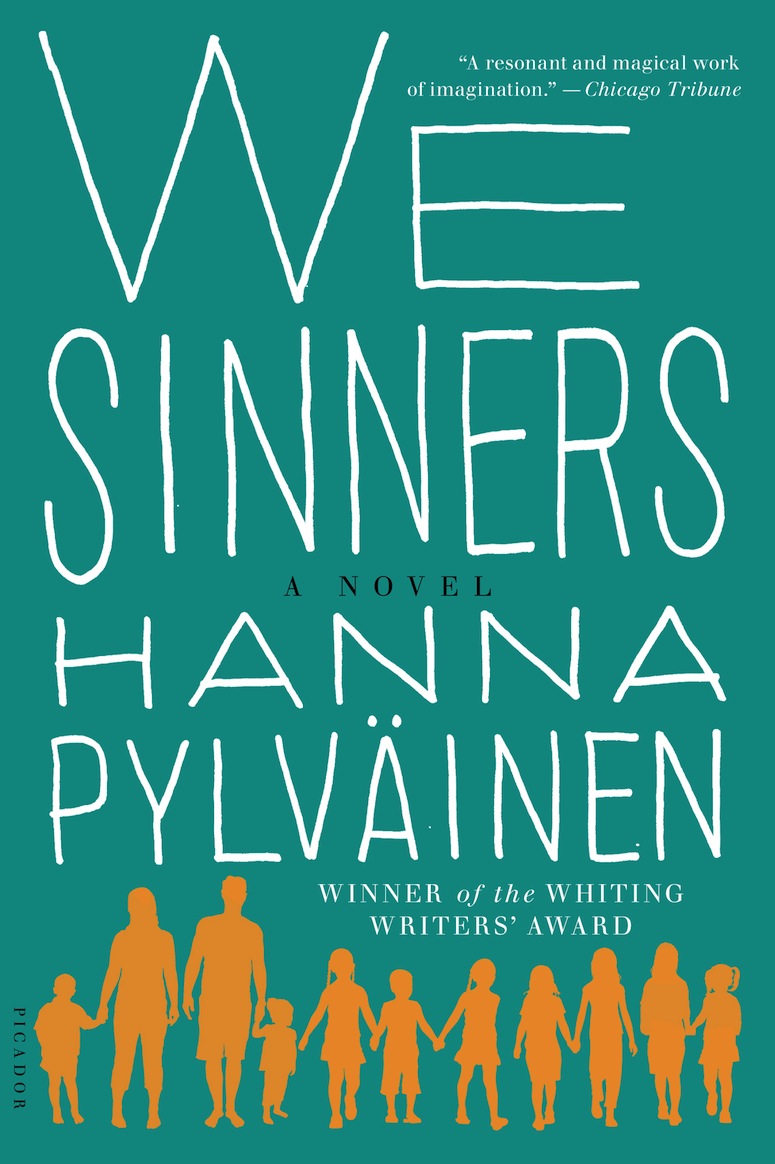 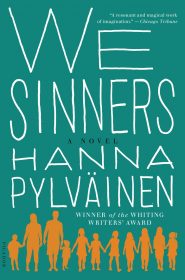 The Rovaniemi family of Michigan are the stars of Hannah Pylväinen’s “novel” We Sinner. What’s with the quotes? They might have slapped the label novel on the cover of this one but it sure as hell doesn’t read like a novel. It reads like a series of interconnected short stories, with various members of the Rovaniemi family (and once a friend of the family) taking over the narration duties.

The Rovaniemi’s are a deeply religions family who practice a strict form of Lutheranism that doesn’t allow it’s members to partake in TV or dancing or fingernail polish. It does, however, encourage the childbearing, and thinks women should have as many children as God wills. This is why there are 11 people in the family: two parents and nine children.

Each story follows various members of the family as they come up against the restrictions of the church and must decide what’s stronger their faith or their desire for the forbidden. The forbidden takes on various forms for each member — TV, alcohol, a desire for normalcy, accepting homosexuality. Pylväinen does a good job of making each character’s struggle unique and never judges them. This really is a solid short story collection, and reading it as a short story collection is more satisfying than trying to puzzle it together as a novel.

There is no narrative thread between chapters/stories which is what I’d expect in a novel, and holding it up to the standards one might have when reading a novel is an exercise in frustration, especially because the last two chapters/stories go off the rails. The last chapter in the current timeline comes from the point of view of one of the Rovaniemi daughter’s classmates, who is drawn in by the allure of the big family. He, in effect, gets the last say on the family’s story. It doesn’t seem right. And the last story jumps off the rails and goes back to the very beginning of the religion’s foundation and shows how it’s not always the solace people expect.