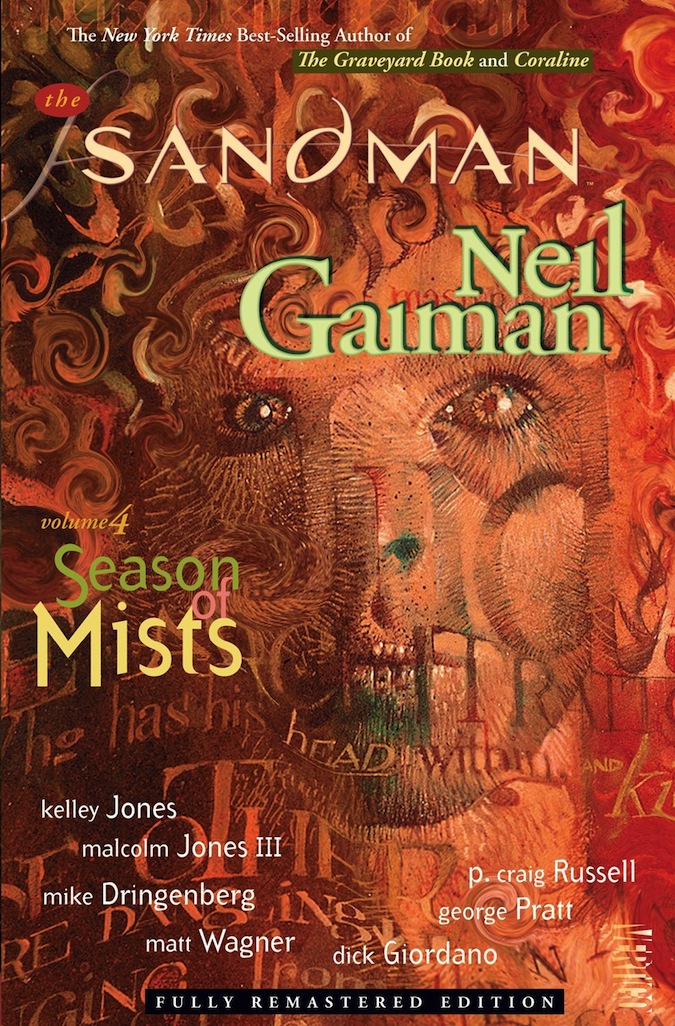 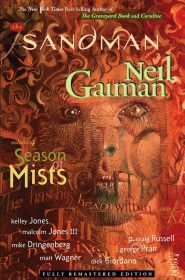 The Sandman Volume 4: Season of Mists is my favorite volume so far because we see all of Dream’s siblings, the Endless. I love his siblings, the good and bad.

I don’t think I’ve explained the Endless before, so you should know that Dream and his siblings are the Endless. Dream, Death, Destiny, Desire, Despair, and Delirium (who used to be Delight) make up the Endless, and they have been around since the beginning of time. They embody the natural forces of the world. Dream is in charge of our dreams and imaginations. Death is the one who ushers us away when we die. Destiny maintains the paths we walk in our lives. Desire is in charge of our attractions and lusts and she loves to play with her power. Despair is Desire’s buddy in that she likes to play with her power over our anguish. Delirium basically makes us bat shit crazy, like she is. She’s continually mumbling about things not connected to the current situation and she’s always paranoid, like she’s on a constant acid trip. There is another sibling, a brother, who is briefly mentioned in Season of Mists, but he has left the Endless. I’m sure we’ll see more of him in the future because they talk about how much they miss him.

As for the Endless who are present in Season of Mists, we see them all at the beginning when Destiny calls a family meeting. This meeting is brief, but what happens in the meeting drives the rest of the story which sends Death on a mission to Hell to free a past girlfriend he selfishly banished there. In Hell, Lucifer sees Death’s mission as a chance for him to bequeath Hell to Death so he can finally be free. Lucifer closes Hell, signs it over to Death, and Death is then visited by a fascinating group of individuals wanting him to give them Hell.

But there are also consequences when Hell closes, which is where we meet a fabulous boy named Charles. With Hell closed, the demons and dead from Hell are set loose on the world. Charles is the only boy left at his boarding school over the Christmas holiday when ghosts of past bullies start terrorizing him. He’s a very sympathetic character and we can really see what happens in our world when the Lucifer and the Endless mess with us.

As with other volumes of The Sandman, multiple different stories make up the overall arc and here it is no different. We learn more about the Endless and all the different factions of individuals vying for power in this world, like demons, angels, Odin and Thor and Loki, faeries, and so many more. I loved watching Dream play this game with all these groups, trying to outwit them, like a giant game of chess.

This was such a fun volume filled with mythology, a huge cast of irresistible characters, and a lot of foreshadowing of what is yet to come. Next up, Volume 5: Game of You.