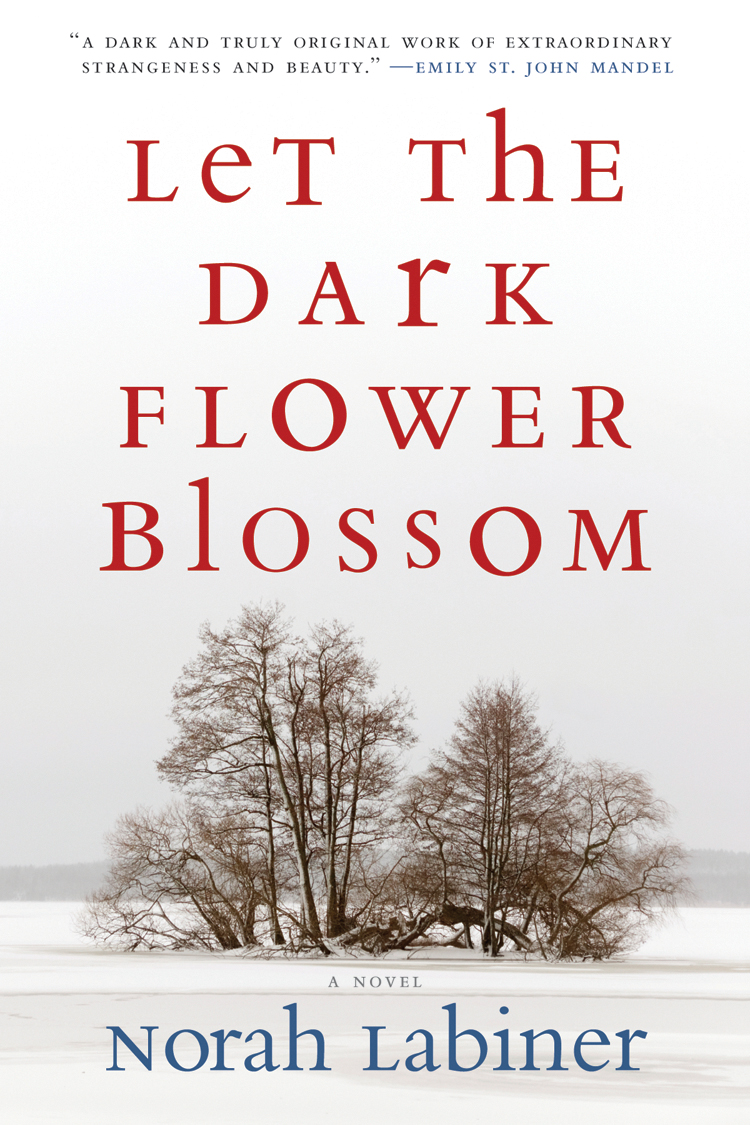 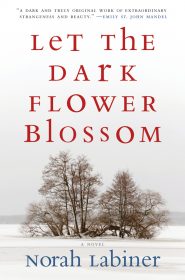 I would like to state for the record that if I had to crawl across a desert of broken glass to read a new Norah Labiner book, I totally would. There is something about her writing that clicks inside of me in a way I can’t wholly explain.

And, truth be told, there were a few times reading her latest, Let the Dark Flower Blossom, where I felt a little like I was crawling through that desert. I was broken, bent, bloody, and imploring Why, Norah? Why?

If had it been any other name on the cover of this literary murder mystery puzzler centered around twin orphans Eloise and Sheldon, I’d have chucked it aside. However, having a prior relationship with Labiner’s work, I was willing to stick with her and trust she would guide me to a safe landing.

This one is a mind-bender of a novel about storytelling and who killed novelist, bad-boy Roman Stone. Ro was the rich son of a rich man who landed at the same Iowa university as the orphaned twins and becomes entwined in their lives for the next, I don’t know, fortyish years? The relationship between this trio is some messed up stuff and it’s fun as hell to read.

The novel jumps around in time and point of view. Sometimes we’re with Sheldon, who becomes a backwoods recluse; Eloise, who ends up the wife of a wealthy Chicago lawyer; and Susu, Eloise’s daughter from her first husband. Along the way each of these characters tells about stories, storytelling, and how we choose to believe what we want regardless of truth.

So why was this such a struggle? Because Norah Labiner wrote it which means there were twists and turns and many methods of telling a story. I liked some of these methods more than others. Often, especially when Sheldon was in charge of the narrative, the text took on the look of a poem, short phrases stacked on each other, often the phrases repeated themselves. It drove me batty, because I couldn’t figure out why. Why choose this format? Why the repetition. I didn’t get it, and couldn’t figure it out and so I really struggled.

In fact, I struggled so much that often it got in the way of my enjoyment of the story. Because I’m a wuss and grow easily frustrated with challenging books had I not trusted Labiner, I’d have given up on this one without ever finding out whodunit and why.

If you’re the type of reader who loves a challenge, pick this up immediately. You’ll be handsomely rewarded. If you’re kind of a wuss, like me, go read Labiner’s other books develop those warm, rosy feelings that are sure to follow and then read this one and pat yourself on the back for finishing.