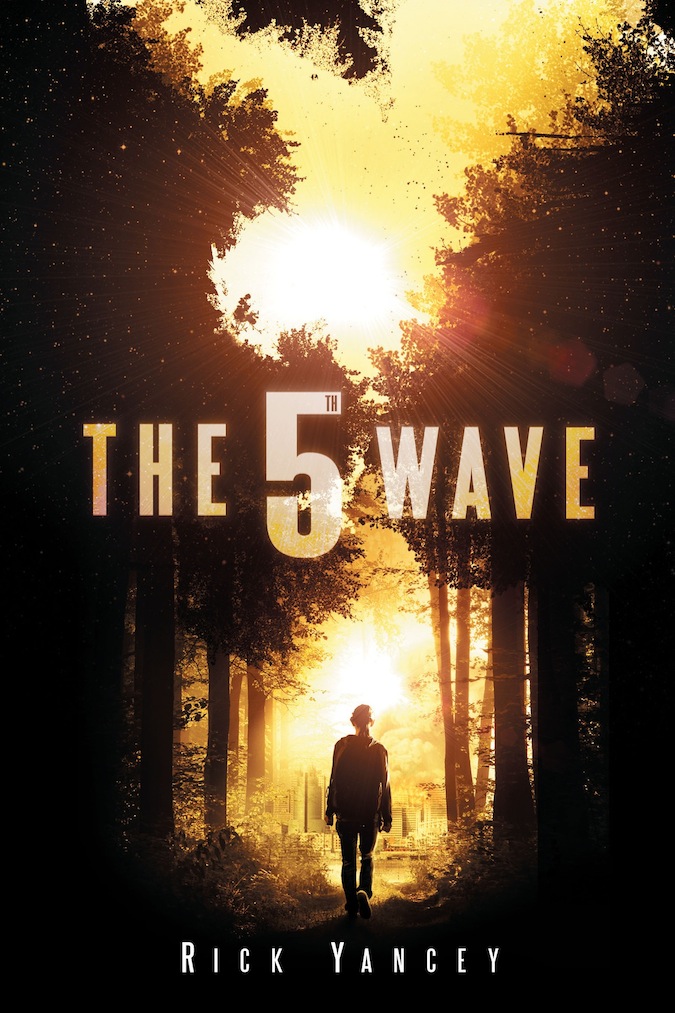 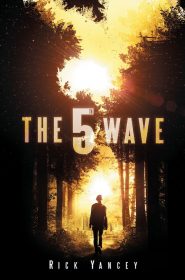 I’ve written in the past about my fascination of all things alien. I’m particularly infatuated with “Ancient Aliens,” the show where alien theorists cannot figure out how an ancient civilization did something, so they must’ve had help from aliens. I can sit and watch that show for hours. One moment I’ll think they have some good points, then I feel like they’re really stretching, and then I find myself laughing out loud.

What I find the most interesting about “Ancient Aliens” is that they always talk about the help aliens provided. They’re here to advance our society and if they visit us in the future it will be for that purpose. That’s hilarious. In the history of our world, when one civilization encountered another, it never ended well. What would really happen to us would be what happens in Rick Yancey’s The 5th Wave.

In The 5th Wave, a huge alien vessel, the mother ship, enters our atmosphere and starts attacking humanity in different waves. The first wave takes out the electricity, the second wipes out coastal areas, the third brings the plague, and in the fourth they start hunting us. These waves take out seven billion people, but with some left, what will the fifth wave bring?

We learn about these waves from Cassie, a teen on her own, living in the wild, trying to survive. She journals about what she’s doing and what has happened to her and her family. She talks about the alien drones that roam the skies, refugee camps, and a scary realization that the aliens are using our bodies to fight us in the fourth wave. When they look like us, who can you trust?

There are other people in The 5th Wave. The story gets told from other people’s perspectives in the second half of the book, but if I tell you about them I’ll give away the plot. There are a lot of twists and turns here. You may doubt what you think you know multiple times, so I’m going to stop describing plot and tell you what I thought.

I liked Cassie, for the most part. She trying to keep herself alive in dangerous circumstances and she knows how to handle an M-16. She reminded me somewhat of Katniss from The Hunger Games, though Cassie whines a little bit much for my taste. She whines and thinks about boys and how she was somewhat of a misfit in that area. She doesn’t do this all the time, but I suppose it was leading up to the little romance that happens.

The romance was not really a romance. I think I’m coming at this a bit biased because I just finished reading Eleanor & Park, a fabulous teen romance, and this was no where near as good. This also gave me the creeps, because it was sort of a Luke and Laura romance. Do you remember Luke and Laura? They were this supposed amazing couple on “General Hospital,” but before their fairytale wedding, on one of their first dates, Luke rapes Laura. This is why I couldn’t get into “General Hospital.” There is no rape in this scenario, but it’s the same sort of icky romance that I just didn’t buy. And I really hate the “you complete me” or “you saved me” kind of romances, which is the kind of crap we get here.

The romance really threw me off, because I loved everything else. I loved hearing about the alien attacks, the refugee camps, the military training, and what happens to a lot of other characters in this book. It was so gripping and much more plausible than the alien encounters from “Ancient Aliens.” I wanted more of that and less of the supposed romance. In fact, by the end, we’re left with a cliffhanger where we don’t know the fate of everyone, and I’m hoping for some characters it’s fatal. I know that’s not what Yancey wants me to hope for, but I do.

This is the first in a trilogy, so we’ll see what happens next, but I hope it’s more survival and less bad romance.