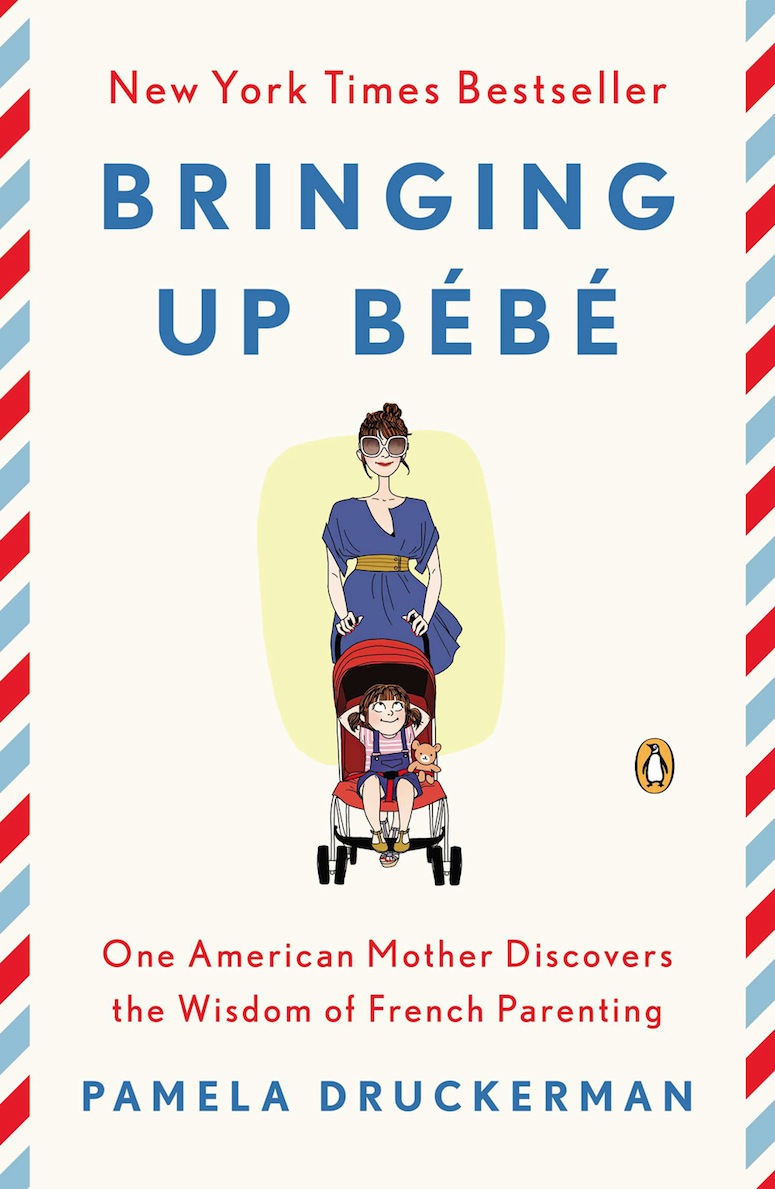 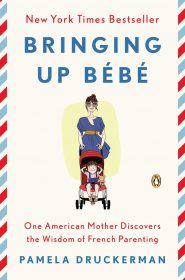 Pamela Druckerman, journalist, is living in France when she gets pregnant with her first child (and second and third) and her eyes are suddenly opened to the cultural differences between parenting in, say, Park Slope and parenting in Paris. Children in France don’t interrupt adults, they eat leeks, and they are able to navigate a playground without their leisure being narrated by a hovering mother who has redirected her orbit to her child rather than, I don’t know, losing the baby weight and enjoying conversations with other adults.

Bringing Up Bebe is another book where an American peers at the popular and fashionable country from a slat in the bathroom stall. Watches her apply red lipstick and hates her for her perfect hair, while simultaneously wishing for an invite to her Sweet 16. We know, we know. French women don’t get fat. French children are better behaved. Everything sounds better when it’s said with a French accent. Fashion. Art. Baguette.

Druckerman takes on the role of embedded journalist to get to the crux of this cultural superiority. Some of her evidence is anecdotal, some of it comes from psychologists. The gist is: You, parent, are in charge. If you want your kid to eat leeks, feed her leeks. If you want to finish your coffee and this conversation about Madame Bovary, tell the needy tot to hold his horses. Let your kid climb around willy nilly at the playground and quit acting like a walking-talking safety net.

I come to you at 39 weeks and four days pregnant with our first child. My sister-in-law, a pediatrician, passed along this book to me as the one must-read for new parents. (Because this is the one must read, I promise to never again sully this website with a review of a parenting book). And it is, admittedly, a charming and conversational book about an expat investigating cultural differences in child rearing. Although it’s cutsey investigating, rather than science-y. The greatest of these are political, including funded daycares with elaborate, palate-building dinner menus. But it also has some good, common sense ideas about securing your own oxygen mask first.

Meanwhile, Druckerman juxtaposes the French children she sees behaving so well with the American children back home and their tantrums and needs and authority complexes and poorly defined palates.

It’s hard to know, at this stage in my game, how applicable any of this is to my own life. I have no idea who is going to slide out of my body in the next few days or how I will respond to her. I do know that I live in a little world where I can safely avoid comparing my child to other children, apparently a huge American past time. I’ve never really fallen prey to this pettiness in my own life, so I don’t see suddenly wrestling with a stranger for a spot in some amazing nursery school or feeling great shame if my five year old only reads at a five-year-old’s reading level. I also hope to maintain at least a fraction of my laid backness and that perhaps at age 37 I’ve learned to whittle away some of the bullshit that burdens younger mothers. This would put me in line, somewhat, with those French super moms — though I look hilarious in lipstick.

Like any kind of guide, Druckerman’s has interesting — albeit intuitive — ideas. Unlike most guides, it has a fun, chick-litty side story memoir. It never feels like a burden or that it requires a highlighter and a notebook filled without outlines for introducing controversial vegetables. I guess if this is the one parenting book you are going to read, it’s not a terrible choice.