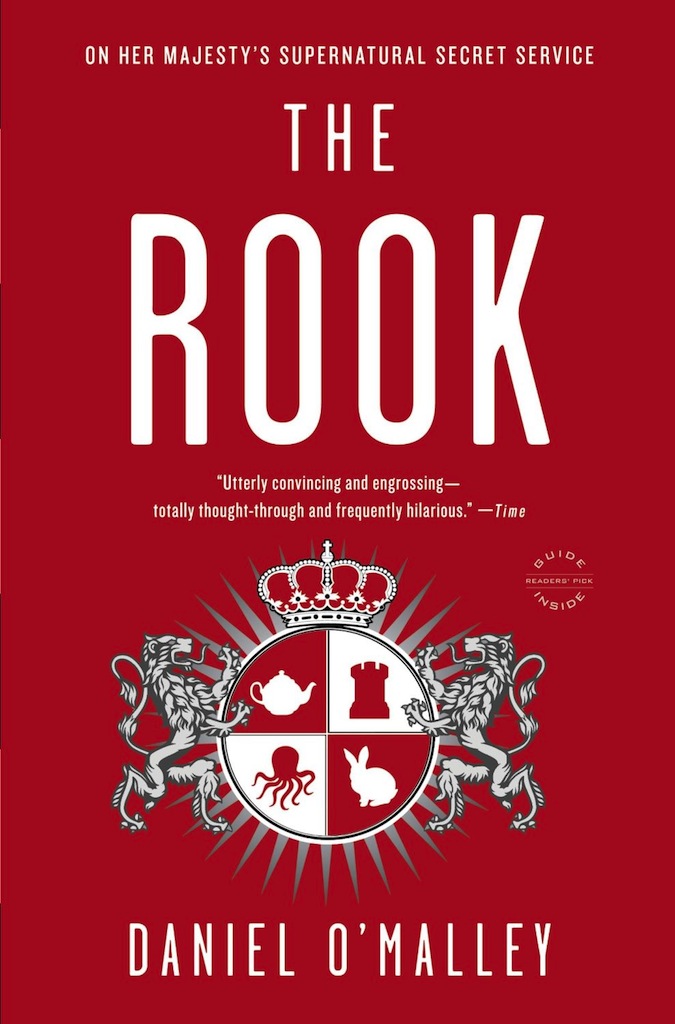 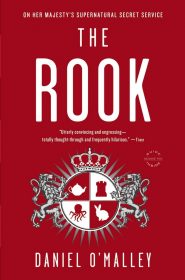 For the past year everyone has been telling me to read Daniel O’Malley’s The Rook, and now I know why. It’s like Mulder and Scully had a baby with Jason Bourne and the X-Men.

The Rook begins with Myfawny (Miff-un-ee, like Tiffany) Thomas waking up with black eyes, dead bodies surrounding her, and a note in her pocket telling her: “The body you are wearing used to be mine.”

When this book was described to me, I thought it was about body jumping and I got super excited. This book is not about body jumping. Myfawny wakes up with her memories swiped by someone from the Checquy (Sheck-eh), an X-Files-like secret society that tracks down supernatural beings causing chaos in the UK. Myfawny is a high administrator in the Checquy where all members have supernatural abilities, but their skills were honed for good at an X-Men-like school.

But don’t think that this is a rip off of these previous franchises, because it’s not. The similarities are there, but they pretty much end on the surface level. This book stands on its own and it’s inventive, surprising, and has some really great worldbuilding.

Throughout the book we learn about the Checquy and Myfawny’s past through letters that Myfawny #1 (referred to by her last name – Thomas) writes, because she knew that someone was going to swipe her memories. I was worried that these letters would be factual and boring, but they’re written as stories, which makes it feel like we’re reading about two women, because they are different. Thomas was timid and liked to blend into the crowd while Myfawny is assertive, out for vengeance, and wonders why Thomas had such awful clothes. I loved both women.

What’s so great about the story is that Myfawny knows nothing about the Checquy, her own supernatural abilities, the people around her, and how she fits into this world, and neither do we. As she learns new things, we do, and it’s fascinating playing detective with her. Thomas gives clues along the way, but she never figured out who was trying to sabotage her, so the mystery drives this story.

While trying to figure out whodunit, we are led on a tour of this world full of humans, people with fabulous super powers (one person has four separate bodies), political intrigue, and sabotage. It’s also pretty funny. Not laugh-out-loud, tears-running-down-my-face funny, but it was very clever and I smirked a lot. If you’re looking for an original, supernatural mystery, this is one you should definitely read.