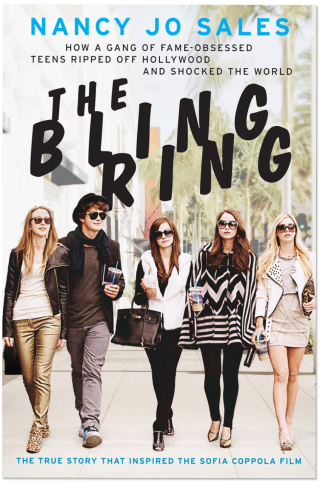 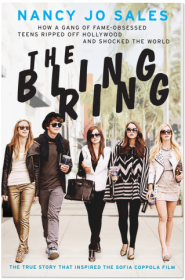 Among the most delicious of deliciously awful TV to ever emit organized pixels in my direction was a little-known E! reality show “Pretty Wild.” The original premise was based on a former Playboy model raising three rock ‘n’ roll sexy teenaged girls in a Kardashian-caliber Los Angeles suburb. The older girls, Tess and Alexis, are always strategically almost naked, all tattoos and hair. Gabby, meanwhile, is a 15-year-old parental figure. The mom, Andrea, homeschools the teens using a curriculum based on “The Secret” — the movie based on the book, not the book.

Episode One has a twist that deviates from what was likely the original plan for the show. After a wicked curfew breach, the family is shaken awake by the LAPD which arrests Alexis, brings Tess in for questioning and searches the house for upscale clothes and accessories stolen from 20 something celebs like Paris Hilton, Lindsay Lohan, Orlando Bloom, Megan Fox, etc. These crimes are believed to be the work of The Bling Ring, as the teenaged crime posse was dubbed, or the less clever name The Burglar Bunch.

At this point, the episodes become a mix of Alexis’s legal battles, huge wet-eyed, shrieking freak outs, maintaining a socialite rep and the girls going on weird fake-dates with men who don’t seem to understand that they are on a date.

I Tivo’ed the shit out of this when it aired.

Then I promptly forgot about Alexis Neier and her no-good friends until I saw Nancy Jo Sales’ book The Bling Ring on display in a bookstore and realized that Sofia Coppola — who I love for real reasons, rather than for grippingly grotesque ones — had made a movie about the just post-pubescent perps.

Long story short: I’ve spent the past 24 hours obsessed with The Bling Ring. I’ve Googled the heck out of the principals, I’ve tried to figure out how I can watch the Lifetime Original Movie based on the story. Friends, I re-watched almost an entire season of “Pretty Wild” — now streaming on Netflix — with fresh eyes and a deeper knowledge of what was at stake.

Sales, who seems to have the Vanity Fair celebrity beat, wrote about the players involved in these burglaries for the magazine. Coppola read that story on a flight and contacted her about how she was going to turn it into a movie. Sales, in turn, expanded on her original article to make a gooey piece of true crime.

Sales has two primary sources for the story: Nick Prugo, who nonsensically confessed to the crimes and dragged a carload of friends into the mess, and Alexis, who has an epic meltdown on “Pretty Wild” when her brain catches up with reality and she notices that the Vanity Fair story isn’t a puff piece about a young Buddhist club kid who was accidentally fell in with the wrong crowd. There are some anonymous teenaged sources who shed light on the characters’ characters and a unnamed cop who cops to some behind-the-scenes deets.

The gist: Nick and his bestie Rachel Lee are celeb-obsessed kids who drool over red carpets and award programs. They figure out where the celebrities live and follow Twitter and celeb rags to determine when the rich and famous will be away from home for extended periods. They start with Paris Hilton, approaching her home in a gated community by climbing a huge hill behind the house. Then they walk up to the front door like two normal, albeit confused kids. They ring the doorbell about six times and try the door. When it’s locked, they check under the doormat and find a key. Then they walk into the house, fondle the goods and ransack the closets. They take a little, return later and take more. Return again and take more. Lather, rinse and repeat, adding a mix of friends and hitting a half-dozen famous folks — some who don’t even realize they’ve been hit. Some of the stuff they keep. Cops find a purse belonging to Rachel Bilson at Alexis’s house. Some of it they give to a guy who knows other guys.

In the midst of all of this, Sales presents thoughts on obsession with celebrity culture and the way girls-these-days dress and other pop culture discourses that seem hastily added to give the book heft. Also, it could use a more thorough edit.

The Bling Ring won’t win a Pulitzer and will sooner than later end up so discounted you won’t be able to afford to not buy it. But it sure is a fun thing to spend a lazy rainy day getting bonkers about.

(I’m assuming I’ll be back to normal by tomorrow and that I’ll have a minor flare up when I go see Coppola’s movie, but then I’ll barely remember I went through this phase until I double back through old reviews).