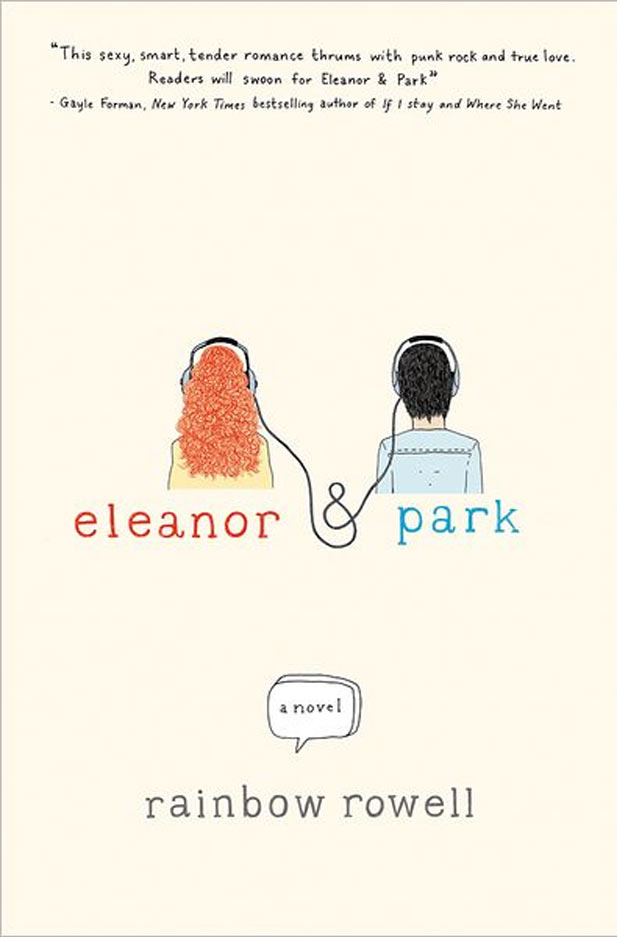 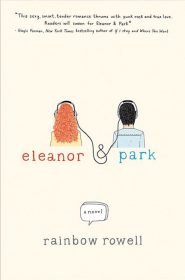 You know when your friends are like, “You need to read this book. Not want. Need.” Friends, Eleanor & Park is that book. You have to read it. Have to. Especially if you want to feel that giddy rush of first love all over again.

Jodi gushed about Eleanor & Park months ago and she was one of the people who told me to hurry up and read it. I crushed so hard on this book.

Eleanor & Park is a love story between two misfit teenagers in the mid-1980s. Eleanor is chubby with frizzy red hair and secondhand clothes. Her family is very poor and her stepdad is an ass. Park is a comic book and punk music lover and he’s half-Korean, which in Omaha, Nebraska makes him the only one wherever he goes in the spot-the-non-white-person game. Eleanor and Park feel like outsiders in different ways and love slowly grows between them as they share a seat on the school bus.

Rainbow Rowell perfectly captures the anxiety, awkwardness, confusion, and excitement of having a crush and falling in love. Eleanor and Park go through many emotions like doubting their feelings, being thrilled and nervous when they start holding hands, feeling awkward being a couple in public, and cautiously testing the boundaries when things start heating up. It was so real.

And it doesn’t hurt that Park is pretty dreamy. He woos Eleanor like all men should: with comic books and good music. No, really. He found something they were both interested in and he wooed her with it in adorable ways. Park is Robert Downey Jr.-in-the-80s dreamy. Hell, he’s Robert Downey Jr.-now dreamy.

And despite what you see on the cover of the book, Eleanor is not the same size as Park. He is quite thin and she is not. I love that this book does not feed into society’s idea that only thin people are beautiful and deserve love. That doesn’t mean that Eleanor doesn’t worry about her size, because she does, but it doesn’t stop her. And it shouldn’t.

I also love a teen love story that doesn’t involve perfect people like we hear about in Taylor Swift songs. There’s no prince or princess here because that’s not real. Eleanor and Park feel like real teens that we could see on a school bus. I loved them for their strengths, flaws, and everything in between.

I could go on and on because this is a great book. It made me think about embarrassing and happy moments from my past and I felt silly and giddy many times. If Rainbow Rowell writes characters this well, I’ll continue to read her.