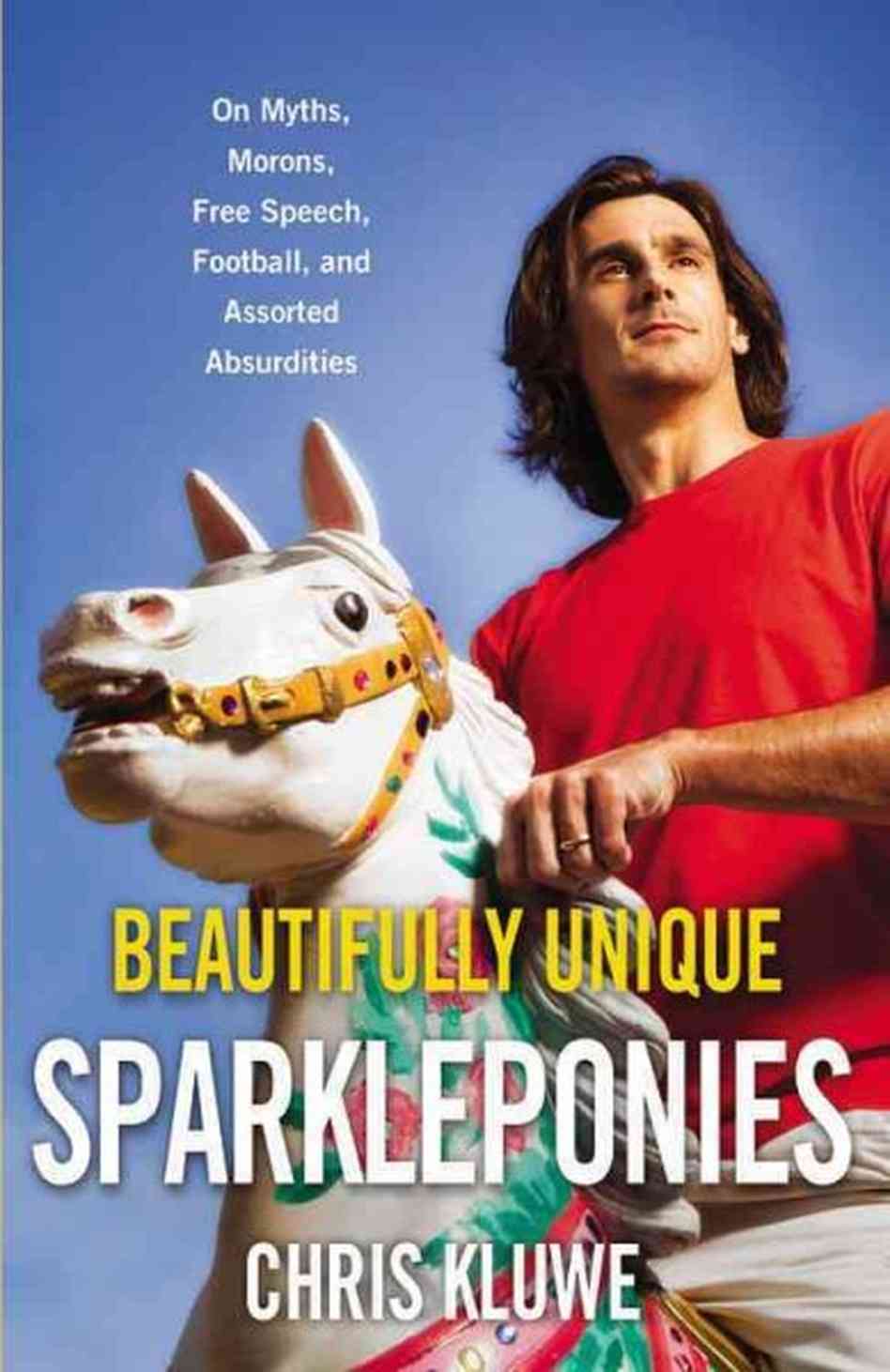 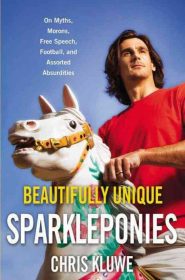 Hoo, did I struggle with Chris Kluwe’s new book of essays, Beautifully Unique Sparkleponies: On Myths, Morons, Free Speech, Football, and Assorted Absurdities. Kluwe, as you probably know, is the quick-witted, sharp-tongued, outspoken NFL player who catapulted to the forefront of popular culture last year when he wrote a wildly-popular letter to a Maryland politician about gay marriage.

Kluwe stayed in the headlines with his unabashed and unending support for marriage equality, even resigning his position as a St. Paul Pioneer Press blogger after their ham-handed marriage amendment editorial. Because publishing loves nothing more to than to cash in on a star that’s burning brightly we now have a collection of essays by Kluwe that range in topic from marriage equality to time travel to his own eulogy.

In these essays he’s often funny, nerdy, and charming. He’s at his best when he’s discussing video games, his daughters, and football. He doesn’t do so well when it comes to societal woes and social justice issues.

Kluwe makes some pretty serious and dangerous claims about certain issues. Like, for instance, how domestic violence would end if the woman would just realize that the man hitting her doesn’t love her and leave. Duh! This is especially disappointing to read considering how rampant the problem is in the NFL, where last year 21 of 32 NFL teams had players charged with domestic violence.

This is but one example of how he often oversimplifies issues. I don’t know if the over-simplification is due to his persistant need to be glib or if it’s that he hasn’t really thought through all the issues he’s spouting about.

At another point he chastises the people who beg for subsidized healthcare and yet still eat at fast food restaurants, as if these two things are mutually exclusive and not indicative of the very large wealth-gap in our country. It’s often the poorest people who eat the worst food, because healthy food is expensive. So is health care.

A lot of time he comes off, intentionally or not, as blaming the victim, and many of his essays hinge on the premise that the world would be a much better place if everyone weren’t so stupid — as if it were just that easy.

This is not to say that I didn’t enjoy a good portion of the book. I loved whenever he talked about football and his family, video games and music. These were easily my favorite essays finding Kluwe a little more personable, humorous in a self-deprecating way and not so harshly judgmental.