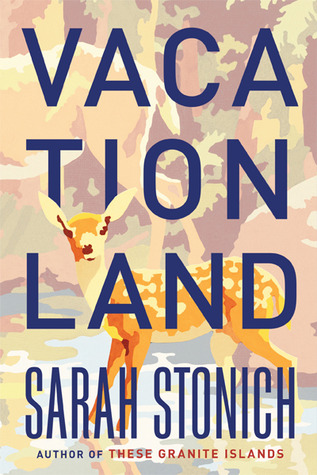 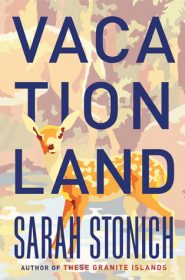 Sarah Stonich got me good. I had no idea her book Vacationland was a collection of linked short stories rather than a conventional novel. So there I was, enjoying the plight of a visual artist living in an old cabin in Northern Minnesota. Her dog has just brought a severed human hand in from the cold.

The usual suspense-y first chapter questions whirred in my noggin. But the story wasn’t about whose hand it was or how it fell off or whether it could be reattached through the magic of ice and modern medicine. At the end of the chapter it was over and onto the next thing, although set in the same region with an overlapping character or two.

So it went 15 times. And about 13 times I wished I wasn’t reading a short story, that I was actually reading a novel with this short story as its frame. I haven’t decided yet whether this means Stonich is a) cool; b) a tease; c) a horrible person who should pay penance by one-by-one turning each of those short stories into a novel, even if it takes the rest of her life. Full disclosure, she does return to the hand. But I stand strong behind my “Aw, man” because it takes her until the end of the book.

The stories are all set at a lodge near the Canadian border where Vaclav has raised (or in some stories is raising) Meg, orphaned young, sent to boarding schools, artistically-inclined. The stories are told willy nilly, moving backward and forward in time and delaying the reveal on characters’ relationships. It is some feat of control, that’s for sure.

In “Reparation,” an elderly man remembers the summer he was at the lodge and turned his daily jog into sexy-time with a young woman who claimed to be in her 20s, but undoubtedly was not. In “Assimilation,” a man is brought to America and sponsored by two Northern Minnesota churches. He spends his days wandering around the house of the woman who died before she had a chance to be his host and prepares to show the townspeople his own area of expertise. Except it’s not really their jam.

“Moderation” is the story of a man who got clean with the help of Vaclav and is now telling his elderly father the story in the guise of a tell-all tale from his current vantage point as a councilor at a fancy schmancy rehab clinic known for its celeb clients.

“Omission” is the story of sturdy Ursa, a handy woman who is about to forfeit her home to her daughter and get carted off to assisted living. When she gets word that her daughter has big plans to give the home the sort of big bucks makeover the 612-ers are famous for, she sets about dismantling it on her own — all while remembering the long ago stoic romance she had with Vaclav. In “Orientation,” a gay urban man is surprised to find this cabin-rich area more forward thinking than he had assumed.

Vacationland is a good collection and an interesting twist on the traditional Minnesota novel. Stonich is a solid writer with a wealth of characters and ideas.