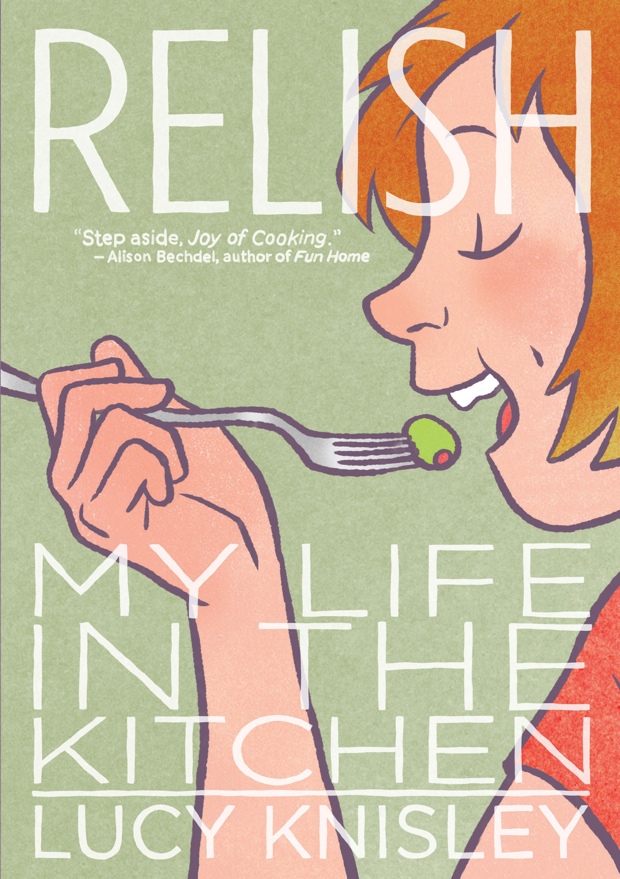 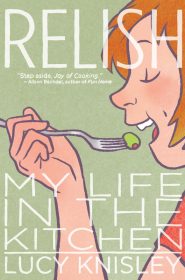 This is huge: Lucy Knisley made me mushroom curious. Me. A lifelong hater of all things fungal. I always imagine them as something slick and slug-like, tasting of moldy earth. My mom would take a can, open the lid, pluck fingerfuls of mushrooms the way I do now with black olives. She would give me contradictory messages: So good, she would say. I’d grimace. You can’t even taste them, she would then say. She would dump them into the pasta sauce, ensuring that I would stick to plain noodles with butter and parmesan.

Devotees of mushrooms are, I’m sure you’ve learned, assholes. They can’t order a pizza without them. When a mushroom hater objects, she might be granted a half pizza without mushrooms. Sure as shit, at the end of the night it’s the mushroom-y pieces that remain. Even the mushroom fans have dipped into the plain old cheese piece just to mix it up. Still hungry? Eat one with mushrooms.

“Just pick them off,” someone will say.

Impossible. That wet insole taste lingers, man, well after the mushrooms have been flung far from the plate.

In an effort to be 100 percent legit, I’ll admit this: Twice I have not hated mushrooms. Episode One: My mom filled a crockpot with mushrooms, like a pound of butter and Hidden Valley Ranch dried seasoning. This has everything to do with butter and nothing to do with mushrooms. Episode Two: I have enjoyed raw, sliced mushrooms from a veggie tray. But they cannot be even slightly damp or have the appearance of having once been damp.

So what does Knisley have to do with this? Everything. The artist’s comic book

Lucy’s parents were foodies — her mother the cooking kind, her father the enjoying kind — and she grew up tasting the mix of fare in New York City. When her parents divorced, Lucy went to upstate New York with her mother, where they gardened and worked at the farmer’s market and learned to appreciate farm-to-table. During a trip to Japan, Lucy samples sushi and struggles with soy. During another trip, she goes nutso on Pixie Sticks. She ends up in Chicago and has the chance to discover a food scene the way her parents had in New York City.

This is a quick-hit book and a fun read. I spend a lot of time with memoirs considering why I should want to read this person’s story. I mean, this is just one woman’s food memoir. We’ve all got one: My mom rotated through the same five dishes every week and then after I went to college got creative and started making awesome foods. I learned to cook by honing vegan recipes. That’s mine. Done. But Knisley doesn’t have to sell anyone. She’s so descriptive and earnest that it makes for a completely charming story.