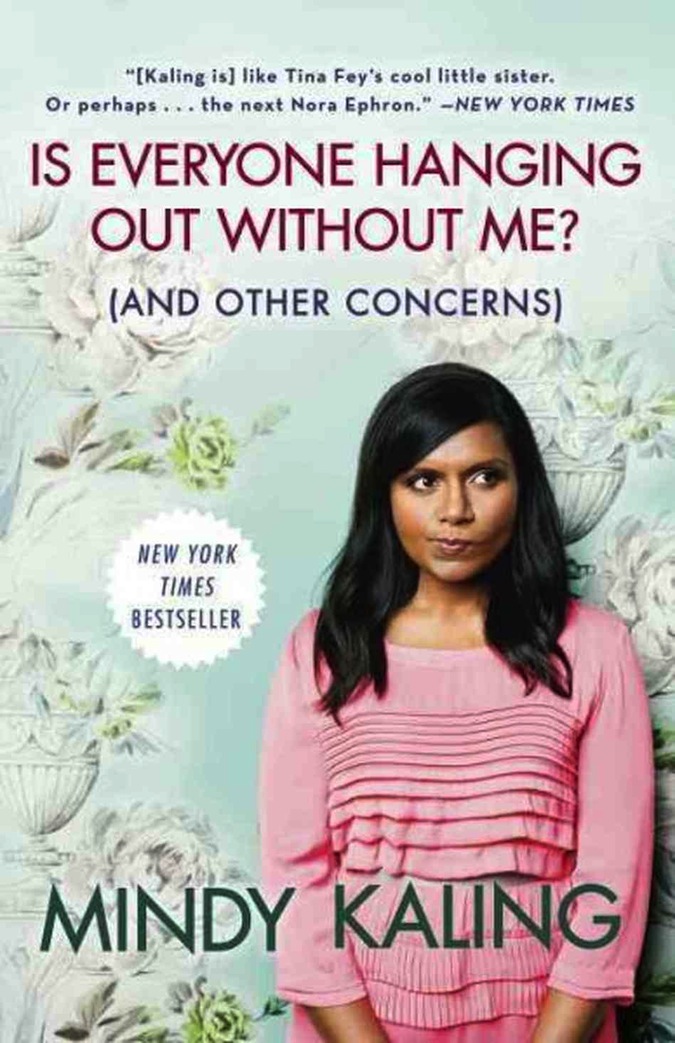 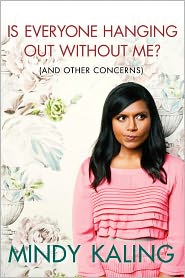 I was already pretty pro-Mindy Kaling before I listened to Is Everyone Hanging Out Without Me? (And Other Concerns), which she reads, and after finishing it I’d put myself solidly in the fan camp.

Known primarily as Kelly Kapoor from the now-departed The Office, Kaling also wrote a bunch of the episodes. She’s responsible for some of the best episodes including the one where Michael burns his foot on a George Foreman grill and Dwight gets a concussion in his haste to rescue the injured Michael. Just typing that sentence makes me laugh. That’s how funny the episode is. Now she has her own show, “The Mindy Project.” It’s pretty funny too.

Kaling’s charming as hell and this comes through in her book. First of all, she starts, pretty early on talking about how this is not Tina Fey’s book Bossypants. Yes, Kaling admits, she loved it too, and she’s sorry if you’re disappointed that it’s not Tina Fey’s book, but alas she is Mindy Kaling and not Tina Fey, no matter how much she tries. I’m all right with that, because Mindy Kaling’s not too shabby.

The book is a mix of memoir, Kaling talks a lot about her childhood and growing up a chubby Indian girl, and random essays about friendship, romantic relationships, and things guys need to be hot. I liked it best when she was talking about her life and experiences. How she became a babysitter after college and she loved it because working for Brooklyn millionaires meant she could indulge every food craving she couldn’t afford and also spend endless hours deconstructing the marriage-worthiness of various members of N*Sync with her young charges.

I also liked when she stalked about writing and specifically writing for “The Office” and doesn’t shy away from how her own fragile, yet giant, writer’s ego sometimes caused problems.

Writer fights are always exciting and traumatic, and I get into them all the time. I am a confident writer, a hothead, and have a very thin skin for any criticism. This charming combination of personality traits makes me an argument machine on our staff. A halfway compliment my friend and “The Office” showrunner Paul Lieberstein once paid me was that ‘it’s a good thing you turn in good drafts, because you are impossible to rewrite.’ Thanks Paul! All I heard was ‘Mindy, you’re the best writer we’ve ever had. I cherish you. We all do.’

This is a fun little book. And while it’s not as meaty as Fey’s book, both women spend quite a few words talking about the awesomeness that is Amy Pohler, which just makes me want Pohler’s rumored book to come out already.