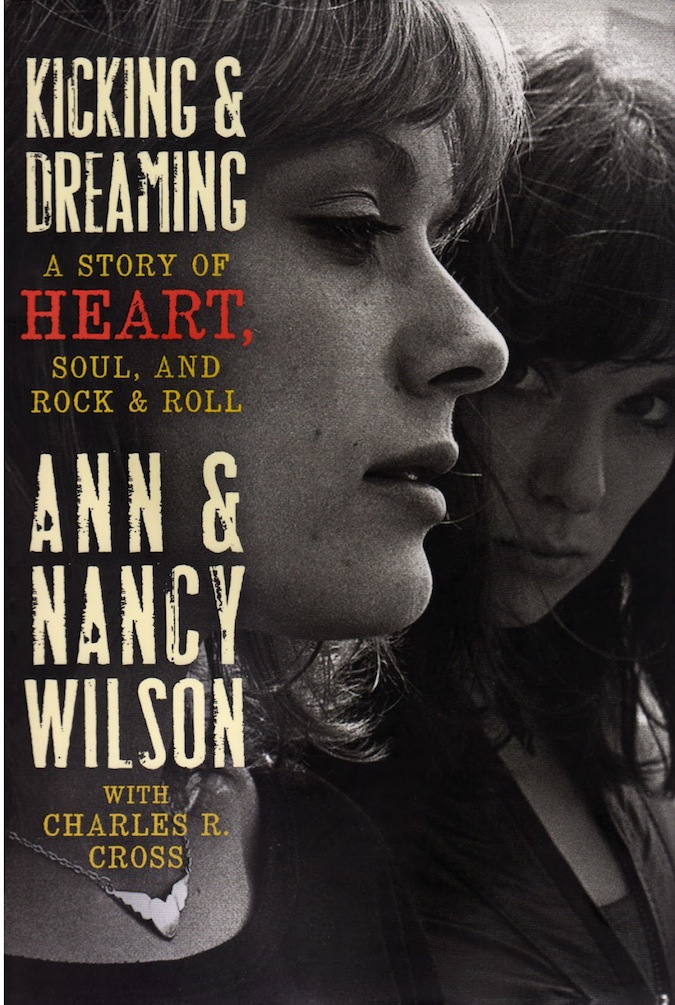 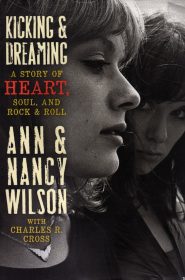 If you are smart enough not to follow me on Twitter you really have no idea how annoying I was while listening to the audio version of Heart’s memoir Kicking & Dreaming: A Story of Heart, Soul, and Rock & Roll, lucky for you I will recreate that annoyingness right here for you in more than 140 characters.

So yeah, Heart. If you’re of a certain age you probably think of the feather-y haired sister behind songs like “Barracuda” or “Magic Man.” If you’re of a slightly younger certain age, the name Heart conjures up images of corsets, improbably big hair, and smokey videos. This is the Heart I remember and until I started listening to the memoir, had totally forgotten I loved with all my ninth-grade heart in like 1986.

Now, I love them with my whole entire heart for an entirely different reason, mostly because these two women are totally charming badasses who survived four decades in the rock and roll industry and tell a story about it that is so enthralling, I kind of binged on it.

Holy Buckets this was so good and fun and eye-opening and awesome and all the things that you want in a rock and roll story — sex, drugs, music, someone famous being kind of an asshole, and someone famous being totally awesome. Also, there’s a healthy dose of the misogyny inherent in rock & roll and the Wilson sisters not being afraid to call out that total bullshit.

Where to begin? It’s hard to begin because there is just so much and it is all good.

So you want an origin story about how Ann took off to Vancouver to follow love and work in a Led Zepplin cover band? You got it. You also get how the band was on their very last bag of rice and their van broke down and they were just at the end when they got a call to open for Rod Stewart in Montreal. Hot damn.

You want a tale of two sisters who were super close because they grew up as military brats and had to move all the time and how they fell in love with The Beatles and were puzzled by their friends who wanted to marry a Beatle when the Wilsons wanted to be The Beatles? It’s there.

How about we ponder the song “Barracuda” which Ann wrote about a predatory radio station asshole and Sarah Palin tried to co-opt for her campaign as John McCain’s VP much to their chagrin.

Shall we talk about how when they might have seemed on the verge of irrelevance as grunge broke all over their hometown Seattle scene instead of being bitchy diva queens they, instead, fostered the young’uns in the scene? They were there the night Andrew Wood died. Ann’s story of watching Chris Cornell comfort Jeff Ament that night gave me goosebumps.

Let’s not forget the coke-fueled slumber party with Stevie Nicks.

Oh, and how the 80s music that soundtracked my junior-high years always felt a little false to them, except for “These Dreams” (my personal favorite). Plus, they had to deal with the managers and business people who wanted more cleavage and bigger hair. Also, Ann & Nancy’s take on the ridiculousness of All I Wanna Do is Make Love to You is worth the price of admission.

There’s also Cameron Crowe and John Cougar Mellencamp and Def Leppard and talk of selling out and the Wilson’s total fandom of other musicians.

And there’s all kinds of issues around being woman. From Nancy’s struggles with infertility to Ann’s weight, which is heartbreaking. She tells how one asshole reviewer over the years choose his adjectives based on how much Ann weighed. At one point she busts out this bit of wisdom:

“I am a feminist & a proud one, but this country’s obsession with weight is the biggest problem women have ever had,” Ann Wilson.

A bit hyperbolic, perhaps. I don’t know if weight is the biggest problem, but our whole beauty-myth/rape culture is a disaster.

Shall I go on? Because I totally can. This is the kind of rock and roll memoir I’ve been waiting for exactly my whole entire life. While I loved Kristin Hersh’s Rat Girl because she wrote about music unlike anyone else on this planet, and Patti Smith’s Just Kids because of the rose-colored romanticism, I love Kicking & Dreaming because it feels like rock & roll without ever getting boring (I’m talking to you Pete Townshend & Keith Richards, whom I can’t even link to because I quit your book).

This book is just everything I love about being alive and human: music, feminism, politics, sex, love, family, and it’s all so wonderfully told that I cannot even being to find all the wonderful adjectives for it.