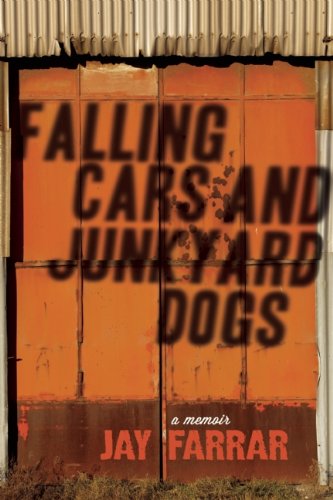 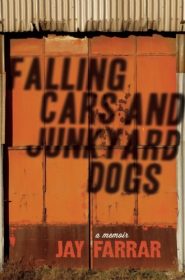 When I babysat my nephews, The Tibbles, a few weeks ago we were at the grocery store gathering supplies for our “make your own sandwiches” lunch. Make your own sandwiches is their favorite lunch, right after the local Chinese buffet. Tip: little boys like to be empowered when it comes to lunch options whether it involves all-you-can-drink chocolate milk and lo mein or a provolone black olive sandwich.

As we were grocery shopping my nephew, Liam, 7, grabbed a bag of something from the potato chip aisle called “Puffcorn.” Because I am the best aunt ever, I bought that bag of puffcorn. But I am also a flake and so we never even ate the puffcorn. I forgot all about it.

I will get to Jay Farrar and his book Falling Cars and Junkyard Dogs in a minute. This will all tie together. I promise.

So the other night I was scavenging for snacks when I happened upon the puffcorn. I dove in with the culinary zeal honed from years of bacon-flavored squirt cheese on bacon-flavored crackers and State Fair cuisine (seriously, some day you should ask me about a corn dog I had at a Mike Doughty concert on Harriet Island. I still think fondly about that corn dog). Puffcorn is a weird popcorny-type conglomeration of flavored chemicals and salt. It’s like salty cotton candy with a little bit more substance. A cheesepuff sort of exterior that dissolves the instant it touches your tongue and leaves you feeling like you maybe might have sort of ate something.

It is not wholly unpleasant, but is totally unsubstantial exactly like Farrar’s book of vignettes. Farrar, for the uninitiated, is the lead singer of Son Volt and for a short time was in the band Uncle Tupelo with a fellow named Jeff Tweedy.

Now Farrar has written the kind of songs that make my entire body sigh in a sort of shivery resignation to the emotion his music provokes in me. I cannot hear the song “Windfall” and do anything besides listen to it. It’s a stop all the presses kind of song for me.

And after reading his book, I kind of wish the presses had stopped before popping it out. This small collection of vignettes isn’t worthy of Farrar’s name. These aren’t even essays. These are short paragraphs loosely joined by his vacuous, sometimes pointless memories of this or that or the one time he almost saw Willie Nelson walking across a parking lot. I wish I was kidding about that.

The book isn’t without its charms. When Farrar is actually telling a story, like going back to the scene of a one-car accident to retrieve a mix tape featuring one side of Husker Du and one side of The Replacements, it’s pretty good, but this is a rarity. He’s at his best when he talks about his dad and at his worst when he writes two paragraphs of not really significant encounters with famous people. And there’s a whole lot of stuff in the middle ground that I can’t quite remember already because there is no substance. Really, there isn’t enough meat to these “stories” to even cobble together a mediocre blog post.