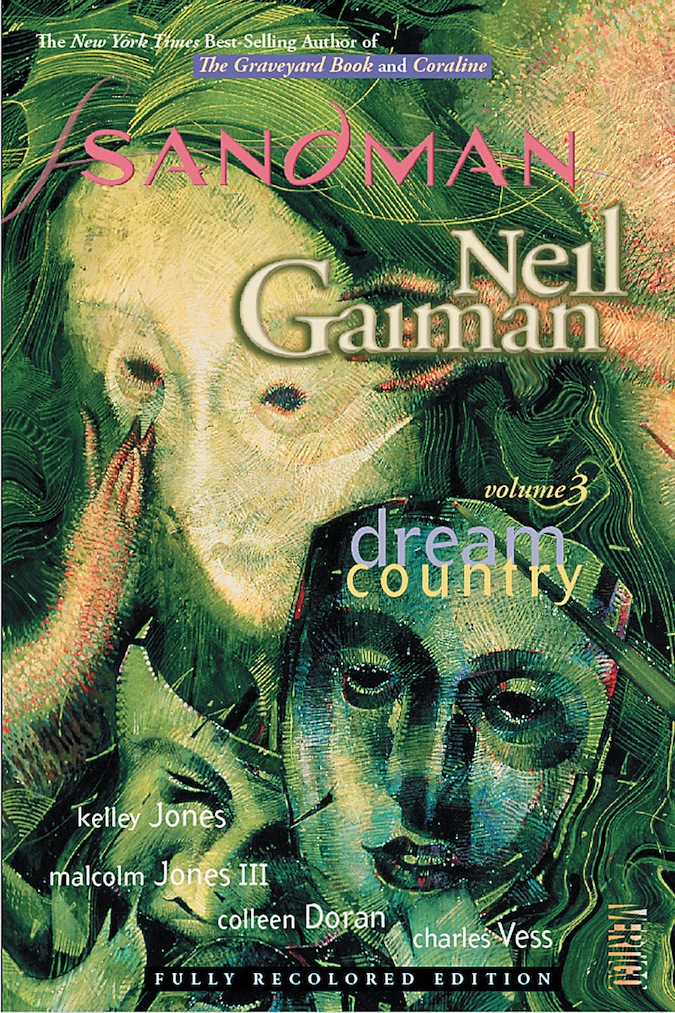 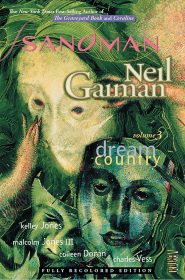 Sandman Volume 3: Dream Country is my least favorite in the Sandman series because it’s comprised of four stories, none of which are connected to the overall arc of the rest of the graphic novels. Dream does appear in almost all these stories, but you could completely ignore Dream Country and you wouldn’t skip a beat.

Although if you skip it you’d miss some great stories, my favorite involving Shakespeare’s A Midsummer Night’s Dream. And you cat lovers will love the story about the dreaming cats, which I suppose is interesting, but I would’ve liked it so much more if it were about dogs.

The four stories in Dream Country are: Calliope, Dream of a Thousand Cats, Midsummer Night’s Dream, and Façade. Each completely stands on its own, with Calliope about a muse who is imprisoned, beaten, and raped so a man can steal her ideas and become a great novelist. I hate stories with graphic violence against women, so let’s move on to Dream of a Thousand Cats.

In Dream of a Thousand Cats, more human cruelty is shown, this time towards our pets, but the cats know something we don’t know. They know that years ago huge cats used to rule humans. To bring cats back to their space atop the throne, many cats need to dream about this glorious past at the same time. Here we follow a cat, who is influenced by Dream appearing as a cat, and preaches this message to more and more cats every day. So watch out, world, the cats may rule again.

The last story, Façade, is another story I love because we see Dream’s sister Death again. In this tale we meet a woman named Rainie whose only contact to the outside world is the monthly call about her pension checks. Rainie never goes outside because, as a side effect from some sort of super human transformation, her face is grotesque. Death is sympathetic to Rainie, and even though Dream isn’t in this tale, the sympathy we see with Death is a juxtaposition to how we see Dream behave in the other tales. Dream is much more dark and vindictive than Death, so while this and the other stories in this book have nothing to do with the overall arc, we do get more character development with Death and Dream.

Even though this isn’t my favorite volume in the Sandman series, there are good stories here. I love any time Death shows up, and when someone can cleverly include Shakespeare in a tale, I’m in. Onto Volume 4: Season of Mists.