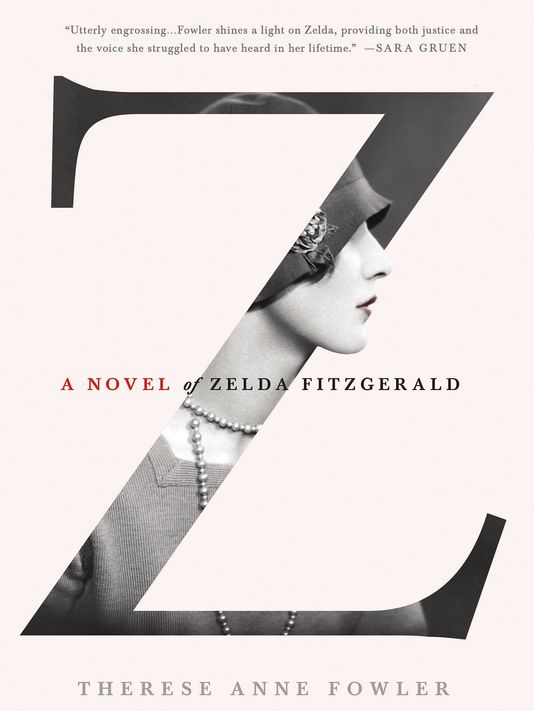 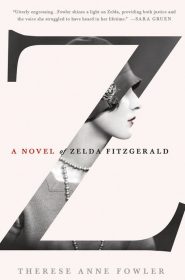 How do you like your Zelda Fitzgerald: Wild child crack up, undoer of F. Scott or misunderstood artist under the thumb of a drunk narcissist? History has given us plenty of versions of the former. But Therese Anne Fowler’s Z: A Novel of Zelda Fitzgerald is the first I’ve seen that portrays the feminine half of the Jazz Age’s hot celebrity couple — Scelda, anyone? — as a promising writer/painter/ballerina whose ambition keeps landing her in psychiatric care. In her fictional dramatization of actual events, Fowler tells Zelda’s story the way Zelda herself might have told it, rather than letting her historical definition come from urban legend and a mysteriously pissy Ernest Hemingway. And if, at times, it comes across a little bit unreliable, well that’s quite in line with the images of her that we already have.

Fowler’s story, a giant flashback, takes readers back to Montgomery, Alabama, where young Zelda Sayre, daughter of the local judge, is a rip-roaring good-time girl. Easy on the eyes and with the lips. She’s got a dance card filled for the foreseeable future — but quickly clears it to make way for a young soldier stationed in her town. He’s a Yankee and a writer and his eyelashes go out to here. The two engage in some sexytime, get engaged, he moves to New York City to carve out a life they can settle into. Except, Zelda’s got a gaggle of dudes making desperate grasps for her calf-length skirt and she’s tired of waiting for Mr. Center Part to establish himself enough to give her the life she wants. This is a fire poker to the old ribs for F., who writes a novel and gets it published and now is worthy of the wicked Zelda.

Things get real whirlwindy — in just the way you would imagine for the dashing dude and his lovely sassafrass. New York to Paris to Gertrude Stein to Ballet Russes to Hemingway and back again. There are friends, parties, and damaging flirtations with others. There are money problems and drinking problems.

Zelda’s voice begins to define itself after the birth of their daughter, Scottie. She becomes more serious about her own artistic interests and paints and gets published — usually under her husband’s name — and spends the length of a work-shift every day studying ballet and becoming a decent dancer. All of this eventually leads to her first stint in a psychiatric clinic.

While this is definitely a different view of Zelda than we see in, say, Hemingway’s A Moveable Feast, Fowler only gets into the head and heart of this character revisited in the final what-say 50 pages of the story. Until then, it’s not-so imaginatively imagined fan fiction that places Zelda in all of the who-what-wheres of the Fitzgerald timeline. Here she is, receiving a super-expensive fur coat, a purchase Scott can’t afford. Here she is storming out of the Stein-Toklas residence because she’s been shuffled off to a room with the wives. There isn’t a lot of introspection on what it feels like to be this woman married to this man and living in this time.

The greatest amount of thought seems to be Fowler’s consideration of what could have possibly gone down — or rather, ahem, up — between Hem and Zelda to create such an animosity.

As the Fitzgeralds dance between liking and loathing, institutionalized and not, Fowler catches a rhythm. Zelda, here, is scattered and lucid and poetic and thoughtful. She gets to the epicenter of Zelda’s complex relationship and sanity and vision of herself rather than just rattling off something more like Zelda Fitzgerald fan fiction that really just stars a character with a famous name doing the same things that her inspiration did. The whole package makes for a readable and easily digestible about interesting people, but not as good or as emotionally thorough as it could have been.