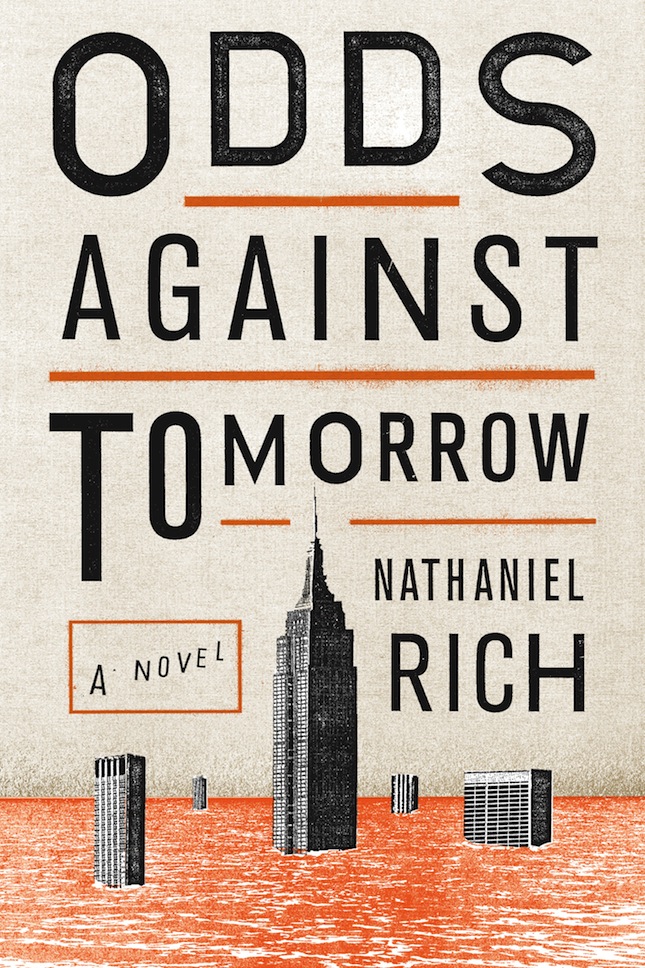 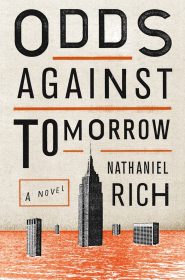 Mitchell Zukor is a talented mathematician hired by FutureWorld, a consulting firm for large organizations that helps protect them against future, horrific disasters. Mitchell’s job is to give his clients disaster predictions, ranging from fires and floods to attacks from China and The End of Days. Mitchell’s predictions show the worst case scenarios, but the way he presents them to clients makes them seem so plausible, even when he goes on about The End of Days and the stigmata.

By mid-book, one of Mitchell’s predictions comes true and a major flood destroys New York City. The rest of the book follows Mitchell and his coworker Jane as they attempt to escape the flooded streets and find some safety and solace outside the city.

Nathaniel Rich must be just as neurotic as Mitchell Zukor because the descriptions of what will happen to the city, people, buildings, and environment in all these disaster scenarios is quite terrifying. Just listen to his description of a Chinese attack:

Imagine, instead, a low-grade attack. Chinese sleeper agents are activated in every major U.S. city. Cyberattacks strain the electrical grid, checkerboarding it. Kidnappings, corruption, political murders begin to occur. Slowly at first, then more frequently. Why? No one knows. Policemen are assassinated by the dozen. Prominent journalists began to vanish. The managing partner of your own firm is going out for his early-morning swim at his home on Long Island when a band of Chinese agents stun him with a taser and throw him into the back of an armored truck. Your managing partner wakes up in a dungeon, four levels below Canal Street, his wrists cinched to his ankles, an apple in his mouth.

Okay, so that disaster scenario is a little out there, but the detail you see here is how each disaster is described. Rich, apocalyptic imagery often gave me chills, especially with predictions of what humans would do to survive, some of which we see firsthand in the second half of the book after the flood.

The book did start to lose steam for me, though, because it is about these disasters, but it’s also about Mitchell’s internal struggles. He sees disaster in everything and it starts to tear him apart. His struggle was interesting, but I wanted to see more disaster and less character analysis. People who love character-driven novels will probably love this more than I did, but the sci-fi fanatic in me wanted to see more post-apocalyptic madness. We get some of that here, but not enough for me to love it.