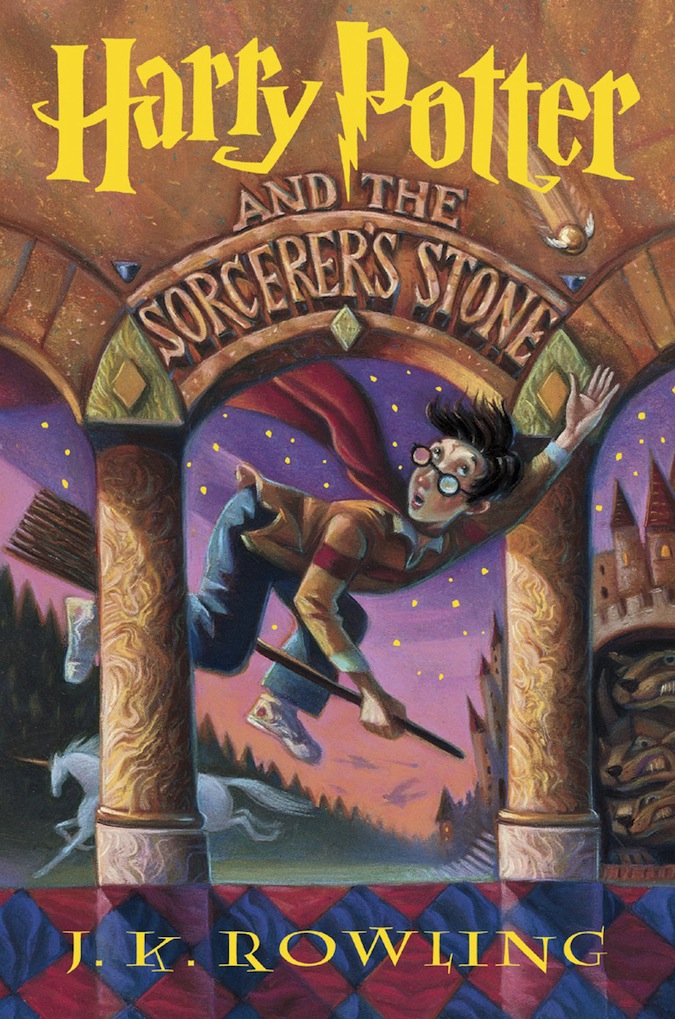 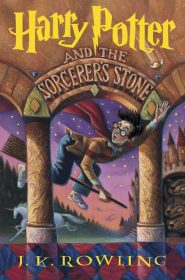 I had never read Harry Potter and the Sorcerer’s Stone, or, actually, Harry Potter and the Anything Anything. I was too old and not old enough when the books were becoming part of the collective consciousness. The first book was released my junior year of college, which gave me distance from the optimal YA years, but not years enough to comfortably double back to it for recreational purposes. I wasn’t an elementary education major, a nanny, or otherwise interested in things that were hot with fourth graders.

My mom was into Harry Potter before Harry Potter even hit the United States. She taught fifth grade at the kind of school where a kid might summer in London and return with something especially mind-blowing, still holding that new book smell. She damn-near donned a cloak and took to a pulpit over the the thing. She was hooked at Book 1, swore by the gateway drug to the series, and from then on when students went abroad they knew to bring home a copy of the latest. I guess you would call this booklegging.

My mom sized up my niece soon after she was born and mentally began a countdown to when she could introduce her to Harry Potter. She had a plan: They would read them together, dished out one a year in time with Harry, Ron, and Hermione as they aged. This plan was severely flawed from the start. Romantic, yes. Completely oblivious to what it is like to live in the 2010s, though. By the time my mom went to unveil this wizardly find, my niece was already at least three books deep and thought they were just okay.

Unrelated, my mom refuses to read The Hunger Games. It’s almost like she is holding Suzanne Collins personally responsible for the way this plan backfired.

None of this has anything to do with me.

My Harry Potter knowledge has been limited to this: I think the kid who played him in the movies dropped trou in a London theater production. One time, at an opening for a Harry Potter movie, I asked a preteen about the cape he was wearing and he turned to me sharply and said: “It’s not a cape, it’s a cloak.” This ranks as one of my favorite life moments. Alan Richman. Round eyeglasses. That girl who plays Hermione Granger is impressive when she isn’t playing Hermione Granger, and maybe when she is. Harry either does or does not die, probably doesn’t if I know books with young heroes. But I bet he comes close.

So why now. Goood question. I’m not sure other than this: I’m going through a period of my life where my dreams are SUPER INTERESTING. Like last night my car was dangling by two wheels from a bridge and I escaped easily. I was part of a wedding party and showed up in XL sweatpants and a ponytail, realized the wedding had started and also realized the bridesmaid dress I bought was denim — but that my hair didn’t actually look too bad.

Since the last thing I do every night is read, I want to be reading things that are imaginative. Where people fly on broomsticks and are tricked into illegally owning a dragon. Where owls deliver the mail and if a sniveling classmate won’t back down, you cast a binding spell. This can only coax along more freaky-deaky dreams. To this end I’m also reading Stephen King’s The Stand. I’m also reading something that isn’t all who-do voodoo, but I save that for lunchtime.

Also: Harry Potter is a pretty quick read and I get a bit panicked if I don’t finish a book a week.

Anyway, Harry Potter and the Sorcerer’s Stone, by JK Rowling: HP’s parents have been offed by a mysterious bad guy who was unable to get-get the baby wizard and just left him scarred. HP is taken to live with his terrible aunt, uncle and cousin. Then, on his birthday, he’s visited by a giant troll-ish dude who tells him he’s been accepted at wizard school and gives him the 411 on his origin. Then life totally changes for HP who makes some friends, learns he is good at a sport and embarks on mini adventures that all lead toward the major adventure: Discovering what the three-headed dog is guarding and who wants to steal it.

Okay, yeah. This book is good. It’s extra clever. It’s also a textbook on How to Write YA Fiction: each chapter has it’s own nail biting moment and the end is an extra dose of climax. The characters are pretty ying-yang and highly likeable. I admit to a bit of boredom before this one finally wrapped, but I blame my advanced age.