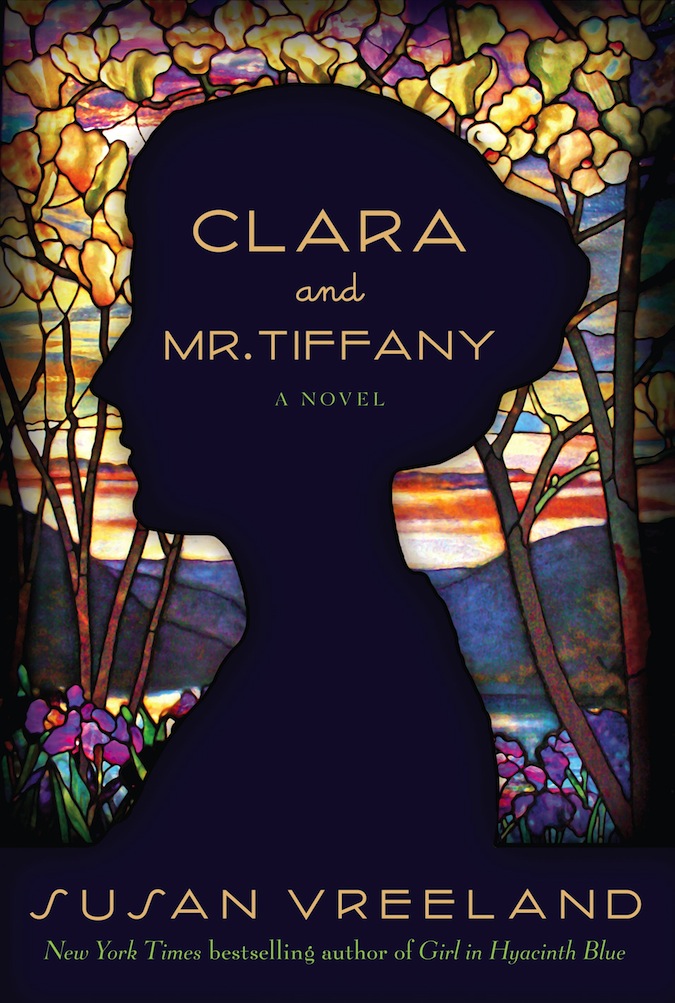 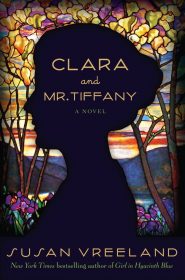 In the late 1800s, the Tiffany name was not only associated with jewelry, but was also beginning to get a bit of a reputation for its stained-glass designs — the whim of the elder Mr. Tiffany’s artistically-inclined son, Louis. He had the wherewithal to build an entire department of people making intricate and creative glass creations — windows, lampshades, mosaics. And some of these creations, in fact the cleverest of the clever, were made by women. Specifically, one Clara Driscolll — that’s Mrs. Driscoll to you — who re-imagined what she saw in nature to create original designs for her money-is-no-object boss.

In Clara and Mr. Tiffany, Susan Vreeland returns to her niche — the imagined life of art sorts — and considers the right-hand woman behind some of the company’s award-winning designs. Truth is: Neither the men, nor women, who worked for Louis Tiffany necessarily got credit for their work. Clara Driscoll’s roll in all of this has only come to light in the past decade-ish, which gives Vreeland a very fresh area for well-researched fan fiction about this woman.

Clara had been working for Mr. Tiffany before she married Francis Driscoll, a much-older and impotent dude who died and left everything to a nun, rather than his wife. While Tiffany was cool with employing women, if the woman on his payroll had plans to get married she was done-zo. So, newly widowed, Clara returned to the shop to start up again. She also takes a room in a co-ed boarding house filled with eccentric art-types and throws herself into her work. She and Mr. Tiffany develop a chaste, albeit symbiotic relationship and really dig an artistic brain jam and the expensive ideas they produce. Meanwhile, Clara has between 20-30 women working for her and she takes a maternal interest in their growth and well-being. There is also a side story of an ill-fated romance with the brother of one of the boarders.

At the same time, New York City is just bursting with new stuff like the statue of liberty, explosive ways to celebrate New Year’s Eve, the subway system, and, in the most charming moments of the story, Clara learning to ride a bicycle. This doesn’t mean it’s an easy time to be a woman. There is unrest with Tiffany’s male employees, who are threatening to strike if something isn’t done about the confounded woman who keep showing them up. Clara’s department isn’t getting any help from the company’s accountants, either. Turns out it’s spendy to create these bursts of inspiration and that there isn’t necessarily a market teeming with rich folks who want to buy them.

Clara and Mr. Tiffany is a super fun look at an interesting era. Clara is surrounded by a great cast of characters: Immigrants, gays, loose women, an unstable romantic partner and brutes. She manages to balance an archaic sense of what it means to be a polite woman while also being a crusader for women’s rights. But the story gets a big bogged down by huge descriptive sections about the process of creating these artistic pieces. And this process is repeated over and over every time Clara becomes smitten with a new idea. It’s too much inside baseball about such a specific topic.