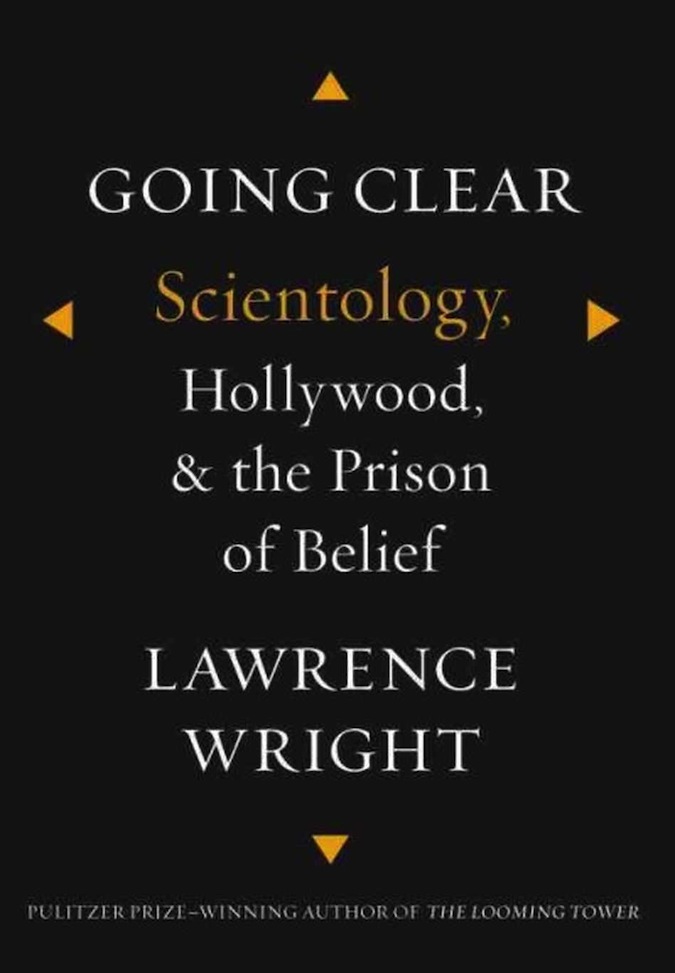 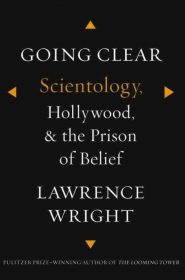 We interrupt this month of reading and discussing books written by women in honor of March being Women’s History Month to talk about a book written by a man about a man who was a misogynistic wife-beating dirtbag.

I technically listened to Going Clear: Scientology, Hollywood, and the Prison of Belief back in February when it was not Women’s History month but didn’t get a chance to write about it until March snuck up on me. Also, when I only want to write about women writers next March I will do all the women-reading before March actually starts. I’m not so good with the logistics. Anyway, I’m in the midst of Unfamiliar Fishes by Sarah Vowell, Neon Angel by Cherie Currie, and Wake Up Lonely by Fiona Maazel so there’s plenty of womanly goodness coming your way soon(ish).

First of all, Hubbard who wrote a bajillion sci-fi books, flirted with all kinds of cults, and eventually founded the Church of Scientology was a complete nut job. Not only did he suffer from delusions of grandeur and paranoia, he was a bald faced liar. Wright, lays out all his lies in this book that is so full of delicious odd-ball details that you can’t help put feel like a rubbernecker through the whole thing.

Wright has done his research and does a really good job of presenting the facts without passing any judgement on the players involved, which leaves the reader to freak out about all the craziness. I could rattle off all the weird beliefs: like we’re all just reincarnated aliens looking to recover from past trauma; that you should not really associate with people outside of the church, that you have to pay thousands of dollars to learn all the tenets of your religion, and that’s just the beginning.

Some of things I learned about the church wholly dumbfounded me and made me questions the psychological health of those who willingly join the church. The fact that Scientology condemns the entire practice of psychology doesn’t help matters.

The Church is run by a bunch of mad, calculating barbarians who made a concentrated effort to recruit Hollywood stars who they believed would lend the church some sort of credibility. Wright spends a lot of pages on both Tom Cruise and John Travolta. It’s so fascinating and feels like reading the biggest, best, most-well researched tabloid article ever.