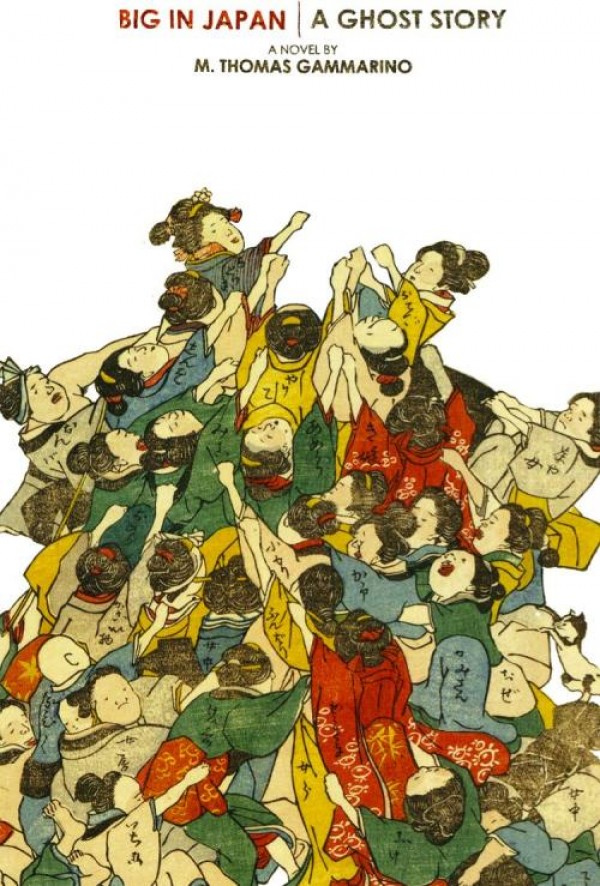 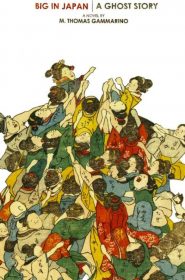 If I stop reading a book it’s for one or two specific reasons: I’m not in the mood (for example, if my personal life is real heavy I don’t want to be reading Kafka or a bleak Swedish novel) or if I loathe it so much I can’t read any more. I can’t remember the last time the latter happened. It almost happened with the novel Big In Japan by M. Thomas Gammarino. The only reason I kept reading was the hope that the main character would die a horrible death.

Brain Tedesco is a self-proclaimed genius who writes prog rock for the band Agenbite. Rumor has it (and record sales show) they are big in Japan. They aren’t getting very many gigs in Philadelphia, so they decide to do a small tour in Japan. The tour is not a success. They go back to Philadelphia, all except for Brain. He convinces himself he is in love with a Japanese sex worker after paying her for sex – which is his first time having sex at all. He marries her.

Having made it through a quarter of the book I note that, so far, there are no female characters that are not prostitutes, sex-workers, objectified as sex objects, or used as vessels for the male character’s bodily fluids. This majorly turned me off. But I kept reading.

Time passes and Brain is not satisfied teaching English and living with his wife (no longer a sex worker) in a paid-for apartment in Tokyo. He has an affair with a student who ends up using him, which shocks him. He starts visiting sex shops again. His previous band Agenbite (which, even for a prog rock band, is a terrible name) has broken through in the US, enjoying big success. This only leads Brain to hate himself more. He doesn’t feel anything anymore. At the sex shop he enlists girls from Thailand, the Phillipines, Indonesia, Cambodia, and Korea. He tires of normal perversion. Finally, he asks a prostitute to poop in his mouth. What I learned is this: You have to really like a character to read a passage in which they literally eat hot poop. I couldn’t make it through the whole passage. It also takes a masterful writer to pull this off – Palahniuk and A.M. Homes come to mind – but it’s not something you tackle in your first novel. You build to that. There’s also a passage that’s grosser than that – I can’t explain it here because it’s too disgusting.

I kept reading only to find out how Brain dies. He’s got to die, right? By this point, I was more than halfway through the book. There wasn’t enough of a plot to distract me from my hatred of the main character.

Brain’s old friend from the States comes to visit and we start to see Brain’s outer facade begin to crack. His friend, Ish, the typical neo-hippie white guy with dreads, tries to turn him on to Buddhism. Brain tells him it sounds like bullshit, but starts going to a Zen Buddhist temple and meditates. He likes it. This part seems like it was tacked on later so we would feel some kind of sympathy for Brain. Too late! He goes back to the temple later on in a fit of violence which seemed unnecessary.

My favorite part of the book is when Ish takes Brain along to visit his friend, Emily. She is the only female in the book that isn’t objectified as a sex object. She’s in Japan working on her thesis which involves researching “the Asian fetish.” She goes on to describe fetishism and the received notions of the exotic Orient. Brain immediately goes on the defense because she deconstructs Brain’s whole relationship with his Japanese wife and, ultimately, dresses him down. He then verbally trashes Emily.

After this conflict, Brain starts doubting himself. Everything starts to go downhill. Agenbite is announced as the first band to play on the moon. One thing Gammarino knows how to do is to skewer the music industry. As things come to a head, he wife leaves him and Agenbite is coming back to play the Tokyo Dome.

I won’t give away the ending, which is a total cop-out. It’s a sneaky way to end a book. If you make it to the end, that is.