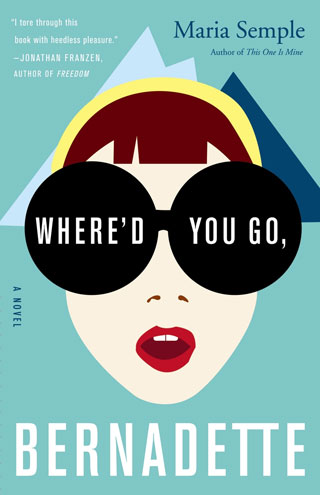 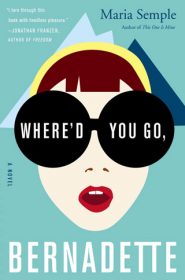 If I were to write a novel — and hopefully someday I will instead of just making all sorts of folders in Google filled with scenes and banter — I would want to write a story that walks and talks and breathes a lot like Where’d You Go, Bernadette? by Maria Semple.

Holy heck, this is a good time. I don’t know Semple, but I like to imagine that she spent most of the writing process cackling to herself. I also like to imagine her feeling a tad guilty at a dinner party the next night while a friend complains about the tedium of her job and Semple has a flashback of the playground that is her writing schedule. This book is delicious, funny, irreverent, smart and the characters are these fantastic beings just north of caricatures that they remain recognizable as people from your Facebook news feed.

Our wry hero is Bernadette Fox, a former Los Angeles-based architect whose big project became a punchline 20 years ago. She and her husband, a biggie at Microsoft, ditch out for Seattle where she turns an old school into a family home. But instead of getting creative with the space, which was her forte during her career, it busts and decays and leaks — all of natural causes. Instead of thriving, Bernadette is wilting in this soul-sucking place.

The story — which is told in mostly emails, handwritten letters, magazine articles and police reports — opens with the news that Bernadette’s brilliant teenaged daughter has aced school and now wants to collect on an old debt: Bee wants the family to take a cruise to Antarctica over Christmas break. This isn’t convenient: Bernadette has a slew of neurotic tics that make travel-by-boat a nightmare; Father Elgin, who delivered the No. 4 most-watched TEDTalks, is in the final stages of a major Microsoft project that looks a lot like brain internet.

Bernadette is pretty miserable. She’s no longer creating buildings. She has outsourced the odds and ends of her life to an assistant based overseas and corresponds via email — developing the closest thing she has to a friendship besides her daughter. She’s not-so popular IRL, where the other mothers judge her lack of volunteerism at the school. Not to mention she considers the people of Seattle, as a whole, to be humorless and nonsensical with street grids.

Then, at the height of it all, Bernadette goes missing before the big family trip.

Semple is a total hoot and it’s easy to see how her humor jibed with the concept of “Arrested Development,” which she wrote for. She’s got an absurdity detector that really sings.