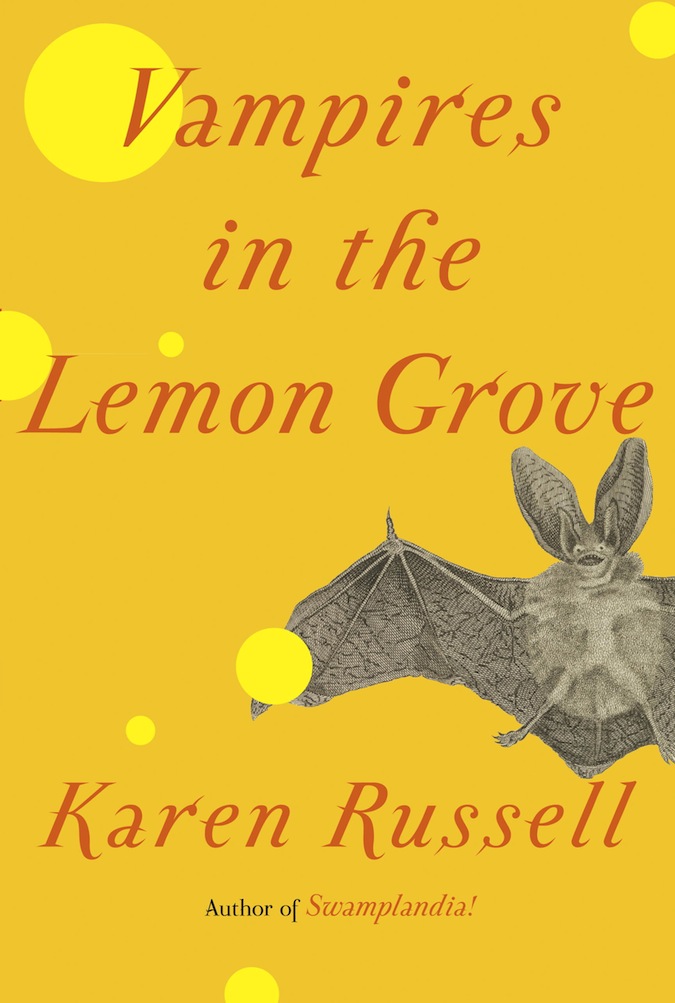 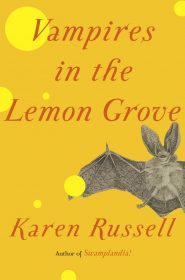 The titles of Karen Russell’s books make my brain do a kind of Weird-Al-esque karaoke. I like to believe this has more to do with Russell’s imaginative stories infiltrating my brain than anything else. When I read her fabulous debut novel Swamplandia!, I sang The Decemberists’ “O Valencia!’ for two weeks straight.

Now she gives us a batch of equally wonderful stories called Vampires in the Lemon Grove and if you can say that title without singing it to the tune of J. Geils Band Centerfold, well you probably weren’t in 4th grade 1981 when this song was all the rage. You’re singing it now, aren’t you? Good, because this is a short story collection worthy of being stuck in your head.

Like Swamplandia! this isn’t a book without faults. There’s a few overlong, sentimental head scratchers that seem to go nowhere. In one, an alienated teen finds important items from the past that have consequences on the future. Frankly, I didn’t get this story and I’m still not entirely sure what happened in it.

In another a fortysomething masseuse, Beverly, works over a PTSD-suffering young soldier with an enormous back tattoo depicting in great detail the day one of his buddies was killed. As Beverly strives to take away the soliders’ pain the tattoo changes as does the soldiers’ memories of that day. I don’t know if this story is actually boring because it’s too long and overly sentimental or if it’s that “War-things” make me go ZZZZZZzzzzzz.

But the rest of the collection? Totally aces. The title story finds sad, old vampire Clyde hanging out in an Italian lemon grove since the lemons there seem to quench his thirst for blood. Clyde reflects on the life of blood-sucking and his love for his wife, Magreb, who is itching to move from the grove and spends a lot of her time in the form of a bat.

Then there’s two delectably creepy tales. “The Graveless Doll of Eric Mutis” which finds a young bully, Larry, haunted by a scarecrow version of one of his victims. This one was hard to read what with all the mindless, young-teen boy violence, but also compelling because you want to find out not only what Larry is hiding but what happened to the real Eric Mutis. Also creepy, “Proving Up” about a family hoping to stake claim on some fine Nebraska farmland. This is the kind of mind-bending story that has you reading along and then you’re all “woah, did I miss something,” because it changes on you that quickly.

Perhaps my favorite of the collection is “The Barn at the End of Our Term” about US Presidents reincarnated as horses. The former presidents are not only devastated by this horse thing, they have big plans to go back to Washington and take back the White House. That is all the presidents, except for Rutherford B. Hayes who just wants to know what lies beyond the corral fence and if his wife Lucy has been reincarnated into that blind sheep. Though it sounds absurd the story is quite sweet and funny. You can read it at Granta, and you should.

What makes Russell’s stories so enjoyable is that she takes what seems like absurd or outrageous premises and imbibes them with meaning and emotion. She writes stories that are imaginative and satisfying to read because she doesn’t rely on clever or an outrageous premise to do the entertaining, instead her wonderful writing does that.