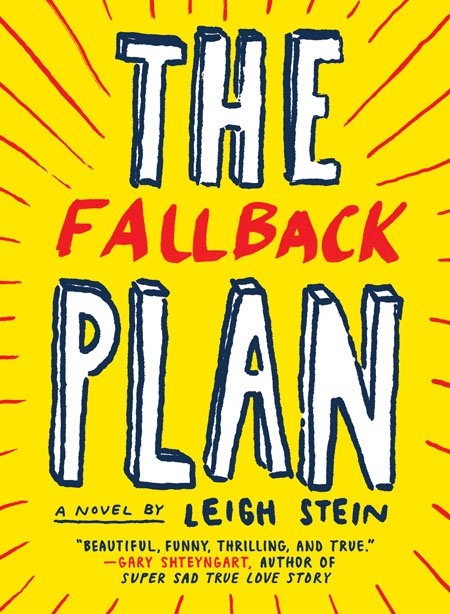 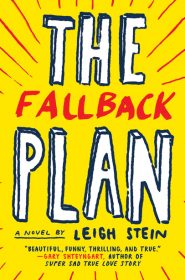 The worst thing about moving home when I was 24 years old was the well-enforced curfew of 2 a.m. It was a respect thing. My parents couldn’t sleep if they knew I was on the roads, whether I was 16 or the arrested adolescent who had returned home with a pet cat and a pipeline to the handful of part time jobs held as a high school student. So it wasn’t like I’d be grounded, per se, if I snuck in at 4 a.m. But my parents have always been able to craft a powerful look of disappointment that stung worse than any corporal punishment.

The return home is a bit more seamless for Esther Kohler, a recent graduate from Northwestern’s theater department and the smart ass star of Leigh Stein’s refusing-to-come-of-age novel The Fallback Plan. Esther closes out the college years debilitated by a manic episode that ends with her hospitalized and later back in her childhood home — though not her childhood bedroom, which has been converted in her absence. Back at home she hangs with her ‘rents or her best friend Pickle and his friend Jack, whose awfulness she seems willing to ignore because of his dreaminess.

Esther is content to hang loose and write a play with similarities to The Chronicles of Narnia, but her mother finds her a job working for the beautifully tragic neighborhood couple. They’ve recently lost an infant daughter and need someone to watch their toddler while he is at the office and she is in the attic working on her art. Esther develops a relationship with each of the family members, each relationship falling into a different area on the socially acceptable scale.

It’s not as much of a plot as a chronological look at a couple months that includes a few episodes. Esther’s mental illness is revealed late and as sort of an afterthought — as though every theater major gets so caught up in playing Blanche Dubois that they morph into something so fragile she should be kept in a display case. Also, as Esther kind of free flows through life she ends up making some wretched decisions — or rather, not making the decision that would keep her away from the wretched situation.

The Fallback Plan is okay. It has some good humor and a few relatable moments for anyone who deferred on adulthood, but there isn’t a lot holding it together.