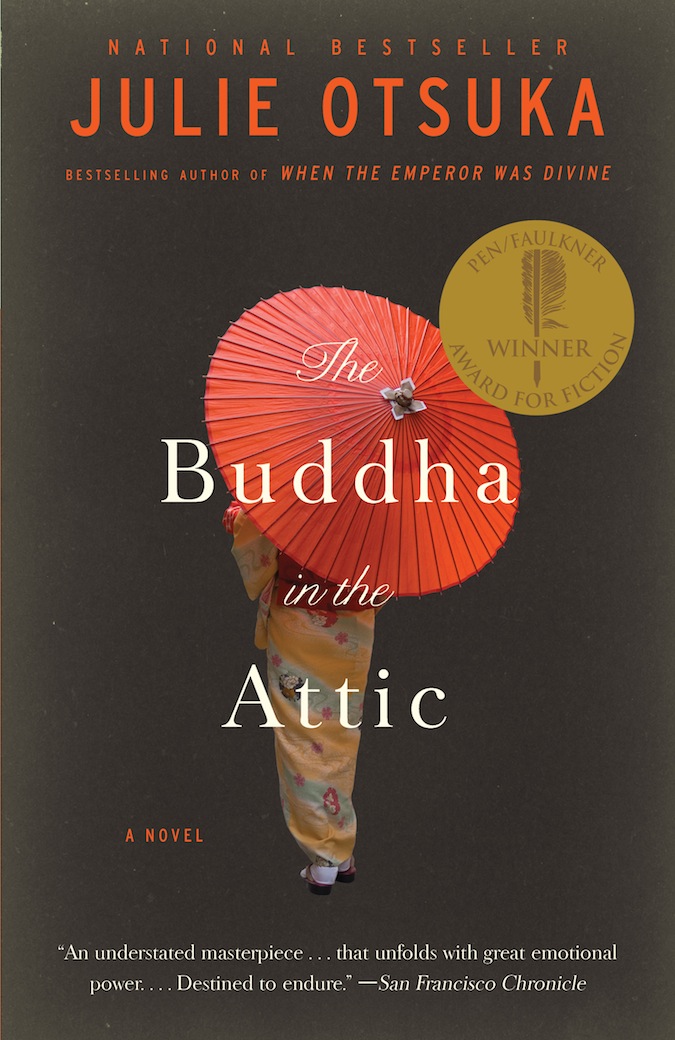 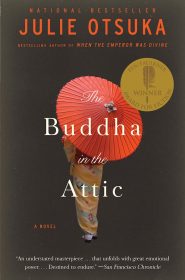 Before they had even settled into the boat’s stacked bunks, the women traveling from Japan to San Francisco compared photographs of the men they were going to marry in America. It’s the early 1900s and they’re virgins and the men are mostly handsome and positioned in scenes that would appeal to a bride-to-be: by a fence in front of a nice home, in an office.

Except when the women arrive, in Julie Otsuka’s thing-packaged-like-a-novel The Buddha in the Attic, it isn’t at all what they expect. They aren’t the men in the photographs. And they aren’t wealthy. These guys are 20 years older and they work in the fields and sleep on hay.

“‘This is America,’ we would say to ourselves, ‘there is no need to worry.’ And we would be wrong.”

Otsuka’s story is written from a “we” perspective and no singular character emerges. The story considers, collectively, the lives of the women starting with chapters about the first night, the living situations, the birth of children, the raising of children who forge an American identity, and the way they were herded up and interned during WWII.

We end up running away from the men and becoming prostitutes, we end up in the fields with a newborn strapped to our back, we clean the fine China in someone else’s home or open a restaurant. We fell in love with a deckhand on the boat and still wonder “What if” years later. We give birth to a dozen children, until we finally push our husband off of us and say “Enough.” Our children change their names to sound more American. They break curfew and claim to be Chinese. One by one we start disappearing from the neighborhood, and then eventually we taken away, over the mountains. We leave shoes on the doorstep to indicate someone is home. We bury rice beneath the floorboards so there will be food when we return. We carry a worthless check from someone who bought our belongings.

Otsuka’s story is intrigue concentrate. The chorus of voices makes it possible for her to tell about dozens of personal experiences, where selecting just one would have had less of an impact. And it does this without feeling impersonal. The book becomes like a free verse poetic chant rather than a conventional story. This works at novella length, but I’m not sure I could commit to it much longer. I’d have liked to climb into the head of a single character eventually and see what life was like here, here and here.

As is, though. Man. This is a powerful piece o’ lit.