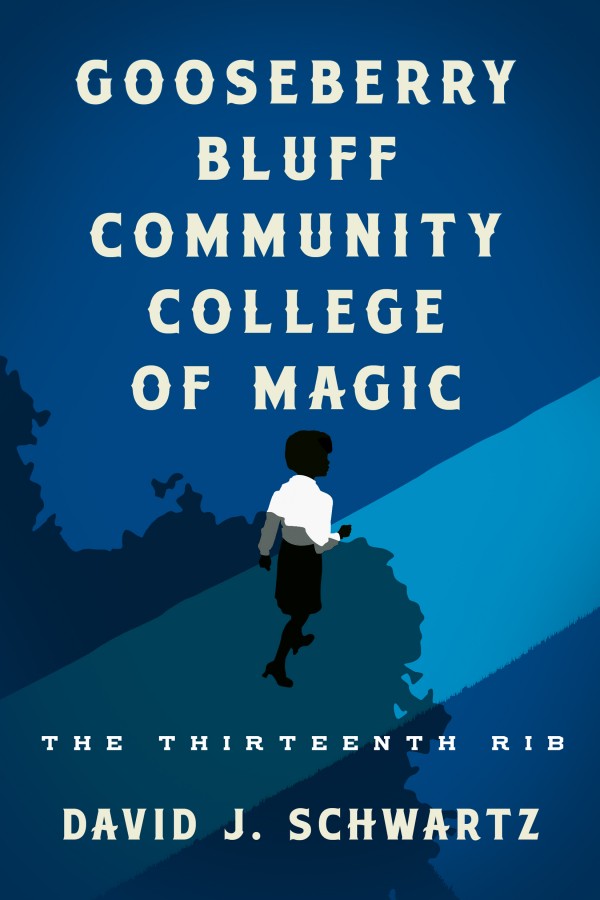 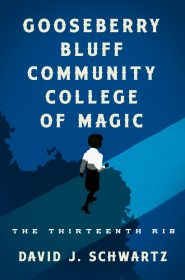 Today is the launch of Gooseberry Bluff Community College of Magic: The Thirteenth Rib a new Kindle serial by all-around awesome David J. Schwartz. This harkens back to the old-timey days when authors, like Charles Dickens delivered fiction serially. The ‘Gooseberry Bluff Community College of Magic’ will follow “Joy Wilkins, an undercover agent with the Federal Bureau of Magical Affairs, as she starts her first semester of teaching and investigating the alarming activity at this school of magic on the border of Wisconsin and Minnesota.”

Anyway if you want to know more about David, here’s the part I’m stealing from his bio: He is the author of the Nebula Award-nominated novel Superpowers as well as the novella The Sun Inside. He has written more than twenty-five short stories, which have appeared in such publications as Strange Horizons, The Year’s Best Fantasy & Horror collections, Paper Cities, Lady Churchill’s Rosebud Wristlet, and the World Fantasy Award-nominated anthology Twenty Epics. You should probably just follow him on Twitter, he’s funny

Now on with the show!

I just finished Louise Erdrich’s The Bingo Palace; I’m working my way through all of her books, slowly. I’m also reading Italo Calvino’s The Uses of Literature , a graphic novel by Leia Weathington called The Legend of Bold Riley, and a soon-to-be-released book by my friend Rick Bowes, Dust Devil on a Quiet Street.

Many! Sally from Encyclopedia Brown was probably the first. Eowyn was a big one. As I get older it takes more for me to fall for anyone, though, whether real or fictional. I have a little bit of a thing for Albertine Johnson from Louise Erdrich’s books, but that may be because I still don’t know her that well. Shy, quiet folks are so intriguing, or at least I hope they are, because I am quiet and shy.

If my favorite author came here it would probably be the mid-eighties, because my favorite author is Kurt Vonnegut and if I was to bring him back to life I would choose to have it be at a time when he seemed a little less unhappy than he did later. Not that the eighties were a happy time, or that I would be of legal drinking age, but let’s not overthink this. Was Sweeney’s around then? I think I’d take him to Sweeney’s, and have some bourbon perhaps, and talk about what an asshole Ronald Reagan was. Is. Time travel is confusing.

Don Quixote in the original Spanish. Might as well aim high!

I tried reading Remembrance Of Things Past (or are we supposed to call it In Search of Lost Time, now?) at one point and simply couldn’t get through the first book. Someday I’ll try again, though I won’t force myself to read it if I hate it again. I think it’s important to read the classics, but I also think it’s important to give yourself permission to put a book down if it isn’t doing anything for you.