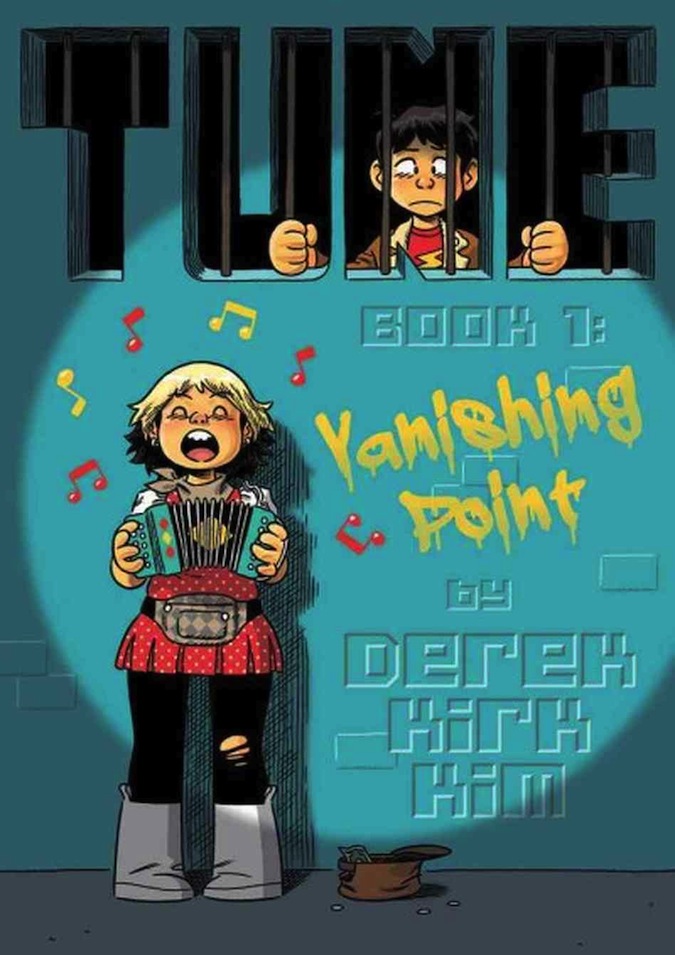 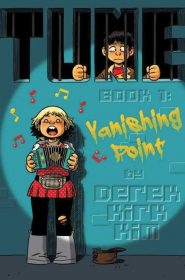 It was MN Reads’ own LeAnn who turned me on to the Tune: Vanishing Point after she read a review that compared it to Scott Pilgrim. As you know the words ‘Scott Pilgrim’ are music to my ears. So I set right away to checking out this Scott Pilgrimesque comic and was not at all disappointed.

First, I just discovered that the first two books of the Tune series are available on the web, if’n your the kind of person who doesn’t mind reading things on a screen, you should go read ’em. If, like me, you abhor reading things on a screen when there is a paper version to be had, go get this one. It’s a quick, fun read that sets up the ongoing saga of Andy Go, a hapless art-school drop out who is pressured to get off the couch by his parents.

In this book we learn about Andy’s back story, his buddies in art school, his kind of over-bearing but now that I’m a grown-up I can totally see where they’re coming from parents, and his crush on the delectable Yumi. I can say right now that I want more Yumi.

Most of Tune: Vanishing Point is setting the stage for what’s to come, and Derek Kirk Kim sets a lovely stage. The art is sharp and clear, and while I worried it might fall into the emotional shortcut tropes found in the manga I’ve read (which is not a lot), it manages to steer clear of that trap. Phew!

While I’m not quite ready to elevate this to Scott Pilgrim status, it is off to a pretty decent start. There’s a nice, surprise reveal in the he final chapter we learn about the unusual job Andy lands. I won’t ruin it for you, but it’s the kind of reveal that takes this book from a place you thought it was going and lands it in a different universe. I’m hoping Book 2 comes out before I have to cave in and read it on the Internet.